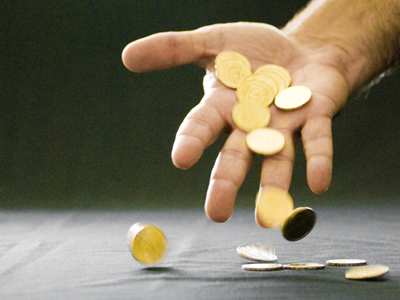 For those who don’t know the first thing about money, there is a nice article by John Tammy entitled, “Bitcoin Trashing By The Punditry Unwittingly Makes The Case For The Gold Standard” in which he writes:

What’s interesting about the opponents of stable money is that their arguments against the gold standard are most successful for explaining why we need one. …

What this explicitly tells us is that unstable, floating money is a deterrent to the very economic activity that money is issued for to begin with. When money floats, the act of trade which is the purpose of all economic activity is made rather hazardous.

To quote Hiltzik with the volatility of bitcoins very much in mind, “Any retailer holding bitcoins for any length of time, therefore, is asking to be slaughtered.” Hiltzik is absolutely right, but in making this essential point about money, he has unwittingly made one of the best arguments yet for a return to the gold standard. …

A return to stable money would signal the death of the bitcoin and other stores of value used as hedges against dollar mismanagement.

For those who don’t know the second, third and fourth things about money, we have written articles on why gold isn’t a great investment and how dollars aren’t either. And still more on economic freedom, of which one part is monetary stability.