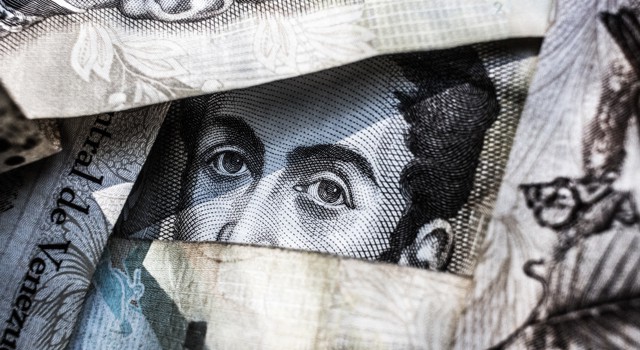 There are 691 billionaires in the world according to a recent survey. Most are in the United States, and the others are scattered throughout 46 other countries. Because of the surging world economy, 104 newcomers were added to the list last year. Learning how billionaires amassed their wealth may expand your financial horizons and possibly seed you with an idea that will lead to the inclusion of your name on the list.

The eighth richest person in the world is Karl Albrecht worth $18.4 billion. He turned his mother’s corner grocery store into Germany’s giant supermarket chain Aldi. In the U.S., he owns the fast growing Trader Joes gourmet shops. When we tried to buy stock in this growth company, we found that it is privately owned by the Albrecht family.

Also billionaires are two “geeks,” Larry Page and Sergey Brin. They were graduate students at Stanford University when they conceived the idea that became the most popular computer internet search engine — Google. When the company went public last year, they each doubled their wealth to $7.2 billion.

The five heirs of Sam Walton, founder of the WalMart Stores, are each worth about $18 billion. If Papa Sam were still alive, he would easily be the richest man in the world with $90 billion. Sam was a smart man who had his six basic rules for his business: think small, communicate, keep your ear to the ground, push responsibility and authority down, force ideas to bubble up and fight bureaucracy.

There are not many famous “old rich” names (such as Rockefeller, Carnegie or Ford) because their wealth has been subdivided among so many heirs.

How can one fathom what the number ‘billion’ really means? Here is one way to think about it. A person can count to a thousand in 17 minutes, can count to one million in 12 days, but it would take over 32 years to count to one billion!!

The wealthiest persons today are not like the “robber barons” of a century ago. Most are honest, good citizens, who worked hard to create their wealth, but also did well for society in general. To get wealthy, a person had to sacrifice. They had to spend less than they earned in order to create the initial funds that they used to start their businesses.

Many billionaires set up their own charitable organizations and by doing so, helped the poor and less fortunate. Bill Gates, the wealthiest person, set up the largest private charitable trust worth $24 billion that is dispensing funds for medical research, education, etc. In 2000, four hundred of the top earners gave seven percent ($10 billion) of all charitable gifts ($146 billion), well in excess of their roughly one percent share of overall income. The 400 had average incomes of $174 million and gave away an average of $25 million or over 14% of their income.

The wealthiest people in the US, the top one percent of earners, pay 25% of all federal income taxes. The top 5% pay over 50% of all federal income taxes. If the government wants to continue doing “good,” a lot of tax revenues from the wealthiest families is essential. When the wealthy do well, the government is financed to “do good” for our society.

With the victory of capitalism over communism, the “democratization of wealth” is becoming more commonplace in Russia, Eastern Europe and China.

If “they” can do it, you too can become a billionaire. Sell something that people like to buy or eat (the Mars chocolate family). Entertain people (Oprah .Winfrey). Cater to people’s gambling instincts (casino developer Sheldon Adelson). In the past year, Sheldon Adelson’s net worth increased at the rate of $1.6 million an hour – just a little better than the minimum wage.

But, just where does one start? First, you need to accumulate some capital. To make a dollar you need a dime. If you work for someone else, save enough to quit your job and start your own business. It is a long shot, but it’s worth the try. On your way to becoming a billionaire, the million markers become commonplace.

In fact, millionaires are becoming rather commonplace. Over seven million households now have a net worth of over $1 million. That is five times the number that existed in 1989. The odds of someone becoming a millionaire through personal efforts are good — about one in five. Just don’t forget who helped you get there when you’re looking for a good money manager!

Photo by Freddie Collins on Unsplash