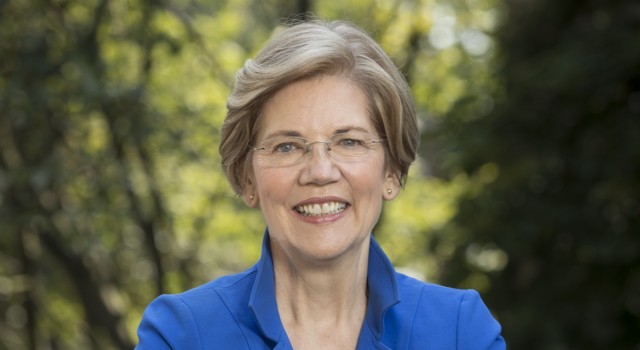 Shawn Langlois has an article in MarketWatch which supposedly computes the impact of Elizabeth Warren’s plan to levy a 6% tax on billionaires had it been in place since 1982. The article suggested that had Microsoft founder Bill Gates been subject to a 6% wealth tax above a billion, his net worth would be $42.4 billion rather than his current $97.0B.

The computations are from TaxJusticeNow.org, a site dedicated to creating new progressive taxes in order to fund more government wealth redistribution programs.

Just a cursory look at the resulting numbers left me with the impression that the site was not calculating the effects of a 6% wealth tax properly. Yes, Bill Gates was not a billionaire for that entire time period. And yes, taking over half his wealth is a great deal of confiscation. However, the numbers still seem too low for my estimation.

Elizabeth Warren’s current campaign website calls the tax “The Ultra-Millionaire Tax” and describes it as being a 3% tax on every dollar of net worth over $1 billion, stating:

However, on Friday, November 1, 2019 , Warren declared that she would double the tax to a 6% tax. Her website just has not been updated yet as of the end of November.

Shawn Langlois’s article, written on November 16, claims to use this 6% figure, as he writes, “Here’s a look at what the net worth of these guys would be today if Warren’s plan to levy a 6% tax on billionaires had been in place since 1982.” However, he did not ultimately use the 6% figure. Instead, the calculator Langlois cites uses a 3% tax rate.

This massive accounting difference makes Langlois’s article extremely misleading, and it is just the first of many difficulties with the analysis in Langlois’s article. Plus, there are many more problems with Warren’s tax plan.

Safe withdrawal rates over 6% do not begin until age 79 when a client’s money does not need to last very long. Such a high withdrawal rate might last 21 or less years. Starting such aggressive withdrawals too early risks running out of money.

I suppose that running through a billionaire’s money is precisely what Elizabeth Warren is trying to do. Her tax plan is punitive as much as it is political.

For every Bill Gates who continued to make money past 1 billion dollars, there are hundreds of other entrepreneurs who did not continue to make money and therefore are not included on the article’s list. Both the MarketWatch articles and the TaxJusticenow.org website have only selected those billionaires whose fortunes continued to have double digit growth large enough to overcome Elizabeth Warren’s tax rate. Hundreds of others fortunate enough to make a few billion would have had most of the benefits of that money simply confiscated by the government. Others whose risks were not successful would have both lost money and had the government confiscate an additional 6% of their wealth.

No amount of wealth tax makes any economic sense. However, there is a massive amount of devastation wrecked by any wealth tax.

Oddly, the calculator has a 15% “Evasion Rate.” The site explains:

I would have to strongly disagree that the wealthiest people have a high tax evasion rate. They have too much to lose from illegal tax evasion. They pay teams of accountants to make sure that they are in compliance with the tax code. Including a tax evasion rate when evaluating the hurt of a new tax is dangerous. It is unfair to judge the impact of a tax by assuming people would not comply. Using that logic, the resulting rules would penalize the legal because of the possibility of the criminal.

Tax evasion finds its source mostly in the underground economy, people who are self-employed or whose wages are paid in cash. No billionaire is paid in cash nor can so easily evade their taxes.

After correcting these settings to 0% Evasion Rate and 6% wealth tax over $1 billion, the effects of the Elizabeth Warren Tax Plan is much more significant even as calculated by TaxJusticNow.org. The failure to use 6% seems to have produced the largest error. Along with the evasion rate, these mistakes caused a 26.1 billion dollar accounting error.

Using the correct settings in the same calculator, instead of Bill Gate’s current 97.0 billion the government has confiscated 80.7 billion, leaving him with just 16.3 billion.

Progressives want you to “contemplate all the good a wealth tax could do: universal childcare, student debt cancellation, universal free college, and more.” But even after correcting their math, there are still more mathematical errors in their assumptions

Progressives falsely assume that had this highly progressive wealth tax been in place since 1982, all these billionaires would not have changed their behavior. But a progressive tax is economically destructive. Tax calculators like these assume that if tax rates were at 100% the government would collect the entire productivity of the populace without any change in behavior. These assumptions are false.

One of the primary purposes of TaxJusticeNow.org is to reduce the wealth of the rich. In political debates like these, the term “rich” is used with emotions that make it an economic slur. Little do they realize that the richest people in the country are responsible for enriching the lives of consumers, workers, and shareholders.

France wishes that they had billionaires like Bill Gates. Instead their tax system drove billionaires out of the country or into the ground. Billionaires don’t work because they need the money. They work for other more important reasons. They use their money for their own agendas . And those agendas are nearly always better than what the government would do with the money. Take that freedom away from them and they will stop producing billions of dollars of value.