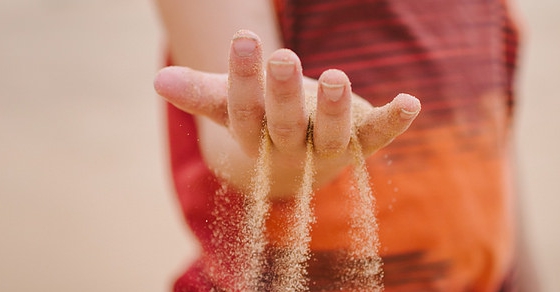 Nearly all of us want to make a positive impact. We hope to make a meaningful difference in the lives of others and leave the world a better place because we were in it.

To make an impact, a trade must occur. It could be a smile given for free, an hour of playtime for your child’s giggles or $8 for a warm lunch, but impacts come from transactions.

When the transaction is positive, all the involved parties enter into the exchange gratefully and voluntarily. The recipients perceive what you bring to the exchange as more valuable than what it costs them.

All successful businesses must influence people’s lives in this way. Simply to stay in business, companies must provide goods or services perceived as more valuable than the time or treasure it costs customers. Without perceived value, customers won’t voluntarily enter the exchange.

This is the rationale behind one of the basic principles of economics: voluntary trade benefits both sides.

In contrast, exchanges requiring force are rarely positive for both of the parties involved. Involuntary trade has detrimental consequences because at least one party, under normally free conditions, wouldn’t have participated in the exchange. That party must be driven to participate and will be negatively affected.

Most economic agents do not have the legal power to create involuntary trade. However, all levels of government are an exception. These bureaucrats sometimes deem that involuntary trade is necessary. To convince the American people that government is justified in inflicting involuntary trade, they dehumanize or vilify the victims of the transaction.

In our article “Wealth Redistribution and the Most Social President,” we described how Obama used his 2015 State of the Union address to divide the country, foster class warfare and justify a national agenda of confiscating savings.

After discussing how to “help families get ahead,” Obama concluded, “But you know, things like childcare and sick leave and equal pay; things like lower mortgage premiums and a higher minimum wage–these ideas will make a meaningful difference in the lives of millions of families. That’s a fact. And that’s what all of us, Republicans and Democrats alike, were sent here to do.”

Obama evidently believes that politicians are elected to make a difference in the lives of Americans. The problem is that no one can opt out of a federal impact. When the government tries “making a difference,” the result is an involuntary exchange.

Many Americans now accept the premise that the purpose of government is to make a difference, regardless of the collateral damage. However, government cannot make a positive difference using such detrimental means. Meanwhile, the Constitution offers an alternative premise where government’s purpose is to create structures within which individuals are free to pursue their own happiness.

Everything Obama promises to the middle class, he must achieve through either monetary reward or a mandated force or fine. In either case, many victims will be coerced into the transaction.

All of those options would have large repercussions on a significant number of Americans. Employers and employees alike would be forced into this trade regardless of the transaction’s perceived value.

Ultimately, good outcomes can’t come from the consequences of government mandate. At best, force and threat of force can scare bad guys into compliance. Every government decree should be worth an army to enforce it. When policies aren’t worth armed enforcement, the mandates likely target good or even neutral actions, and virtuous citizens are negatively affected.

Publicly funded rewards also can’t bring about positive change. The federal government doesn’t have any resources except for those they have taken from the taxpayers. To then use those funds to entice the American people into targeted behavior is just cruel.

In the example of a government-mandated sick leave policy, it means robbing the pocket of a small business and then luring them into compliance by placing those stolen goods onto the end of a stick, or worse, placing it on the end of a stick for someone else. No one should be treated that way.

Dreaming of having an impact on the world is certainly positive, but the change needs to occur voluntarily.

Consider the influence of a small business. Businesses affect people’s lives through voluntary trade. Interacting with a business is optional.

Each successful business establishes a clear system for how interactions can take place. In a store that sells goods, this system of transaction takes the form of standard shopping, an exchange of dollars for goods. In a services industry, a clear contract is established; the services that incur a cost are made explicit. These systems of trade ensure that any impact the companies have is voluntary and thus positive.

Every law the government passes that mandates or incentivizes what we should do isn’t creating a system where people can have a positive impact. It is just intruding on us. That kind of impact is simply oppressive.

It would be far preferable if the federal government could impact our lives this way. Rather than mandating or bribing people, they could influence our lives by creating systems of freedom and justice through the Constitution and other laws. Then we would be allowed to operate within those systems freely and voluntarily.