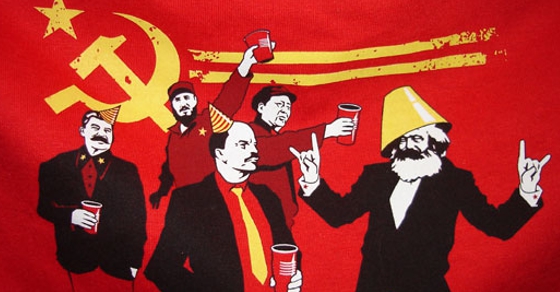 In 2013, President Obama declared, “We’ve got a crisis in terms of college affordability and student debt.” He recommended the three-part “President Obama’s Plan for Making College Affordable, a better bargain for the middle class.” The three proposals are first, to pay colleges for students’ performances; second, to promote innovation in colleges; and finally, to help students manage and make loan payments.

These noble-sounding goals intuitively appear useful. It makes sense not to give financial aid to students who are abusing that generosity. A system to prevent such waste would help. Innovation is positive by definition. Promoting it could help decrease costs and increase quality. And college graduates who drown under college debt break our hearts. Helping students avoid compromising their future finances is an honorable objective.

All that said, Obama should not have given that speech.

The federal government has only two ways to encourage change: money and mandate. When it uses the money lever, it incentivizes behavior through a monetary reward. In Obama’s college plan, this would mean flooding colleges with grant money to pay for innovation. Colleges would propose an inventive scheme, apply for the money and then implement the plan. But with the federal government as the judge, these so-called innovations will be whatever looks good on a federal grant request, not what would actually be helpful in a university classroom.

This is straightforward rent-seeking and will cost the university hours of effort to create and implement ideas students may not even care about.

Alternatively, when the federal government uses the mandate lever, it encourages the desired behavior by force or fine. In Obama’s college plan, institutions would be required to meet some minimal standards to receive federal aid. Colleges would have to conform to one way of educating. The diversity of collegiate choices would gradually become lost.

In both cases, either the lure of free money or threat of a fine will change a college’s driving guidance from rational incentives of pleasing its students to irrational rent-seeking from the federal government.

It is not in the best interests of any of the parties involved–the students, the parents or the college–to involve the federal government in defining best practice in the higher education industry.

Furthermore, government legislation has already caused much of the escalated costs of college and created yet another dangerous third-party payer system.

The Higher Education Compliance Alliance lists 260 key federal regulations governing college and universities. Each statue has its own reporting requirements and deadlines. Adding more rules won’t add quality, and it has no hope of reducing costs.

After Obama’s speech, the Department of Education completed a negotiated rule-making process for additional higher education compliance. It involves developing regulations in collaboration with representatives of the affected parties.

Although this sounds reasonable, in practice it often entails the larger dominant players in the industry helping write the rules that will squelch their competition.

For example, in 1992, Congress mandated that schools could only distribute financial aid if they offered over 50% of their courses in traditional classrooms. This hurt and nearly eliminated universities that primarily offer lower cost online courses and degrees. The rule helped the majority of brick-and-mortar classrooms have an advantage until they caught up and were ready to offer their own online options.

A decade later, traditional colleges had entered the arena of online courses, and the legislation was hurting them too. Because online courses always counted toward the 50% limit even if no students were actually taking the class, traditional campuses argued the rule was unnecessarily penalizing innovation. In 2006, they lobbied Congress to repeal the legislation. Even though their argument was as true in 1992 as it was 15 years later, Congress agreed this time because the major players in industry wanted it.

The recent gainful employment requirement calls for colleges to prepare students for “gainful employment in a recognized occupation.” All of a college’s degree programs must pass the “accountability metric.” It demands “Programs whose graduates have annual loan payments less than 8% of total earnings OR less than 20% of discretionary earnings.”

With this regulation, the federal government has essentially destroyed the entire concept of a liberal arts degree. Watch out, art history!

On the regulation’s fact sheet, the Department of Education concludes, “The Department estimates that about 840,000 students are enrolled in programs that would not pass [the accountability metric]–and of those students, 99 percent of them are in programs at for-profit institutions.”

Contrast the harsh treatment of for-profit institutions with failing public institutions. The City College of San Francisco (CCSF) has failed its accreditation for years. Nearly 70% of its students do not graduate on time. According to the New York Times, its problems stem from “chronic financial and organizational mismanagement.”

California community colleges are run by politically elected boards. And the California legislature passed a law requiring these boards to share daily decision-making authority with faculty unions. An unsustainable 93% of CCSF’s income was going to salaries.

In 2013, the accreditor ordered CCSF to close the campus in July 2014. But the college has political allies.

Parts of CCSF are in Nancy Pelosi’s district, and she condemned the accreditor publicly. The faculty union made a formal complaint to the Department of Education and challenged the accreditor’s right to exist. California legislators asked state auditors to investigate the accrediting body. They subsequently published a 74-page document slamming the organization. The City of San Francisco sued the accrediting body at taxpayers’ expense.

This story is not uncommon. Over half of California’s community colleges have received stern warnings from accreditors, but none have been shut down.

Were higher education institutions treated like mining companies, each campus scandal would be accompanied by the number of compliance violations the college had incurred in the past five years. But universities generally support government regulation. Although violations are common, colleges are cited rarely, if ever.

With all this collegiate failure and corporate corruption, it makes sense that we all turn our attention to this industry and try to help. But government involvement is the problem, not the solution.

Obama’s proposals were to incentivize student performance, promote innovation and prevent harmful debt. But the presidents of colleges are the only ones who have the ability and responsibility to meet those needs.

College presidents have all of the incentives in place to accomplish these tasks based on natural free market motivators. They want to build a strong reputation, attract new students and inspire alumni donations.

Achieving these goals is within the scope and power of an individual college. Within the power and scope of the federal government is only the ability to destroy and mangle the system further.