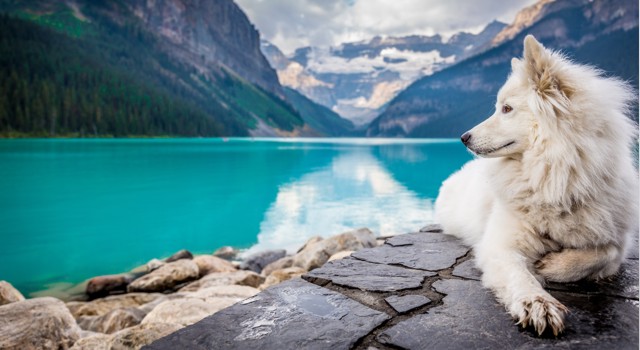 At the time, many suggested that you should get out of the markets immediately. (Alas, someone is always recommending that.) Articles warned that a Bear Market, a recession, or even a crash was “inevitable.”

Wiser investors realize that jumping in and out of the markets is a foolish investment strategy. At any point you don’t know what direction the market will move next. It could go lower and dip into a Bear Market. It could rise into a Bull Market. We could have a recession. We could have an expansion. Although unlikely, a crash is always possible.

Many headlines, even as of January, are touting that we are in a Bear Market. This statement is, at least currently, false. Investors that are following the advice of the Internet are sadly keeping their money out, waiting for the bottom of a Bear Market that may never come.

The black dot in this graph is the October 29th value. The blue mark is the place where January 9th value has already recovered. 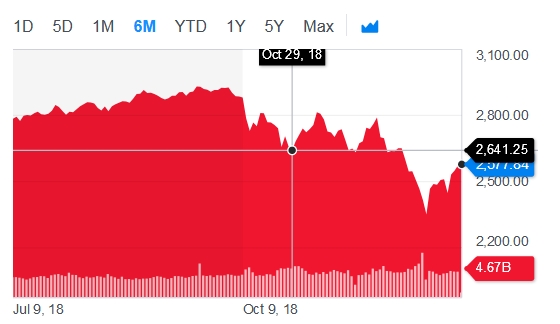 I’ve heard many investors say, “Well, the markets can’t just go up forever, can they?” To which, I would reply, “They have so far, haven’t they?”

Obviously, I am publishing this article before we find out what happens this time. The market might go lower into a Bear Market, but at some point in the future, I feel confident the stock market will be at levels that are double what they are now. Jumping in and out of the markets risks investors under performing the very markets they are invested in because they will sell after the market has gone down and refuse to get back in until the markets are trading at values higher than when they got out.

To make the strategy of jumping in and out of the markets successful would require a precision only achieved by luck. In contrast, staying invested and diversified requires resolve not luck.

Photo by Jf Brou on Unsplash