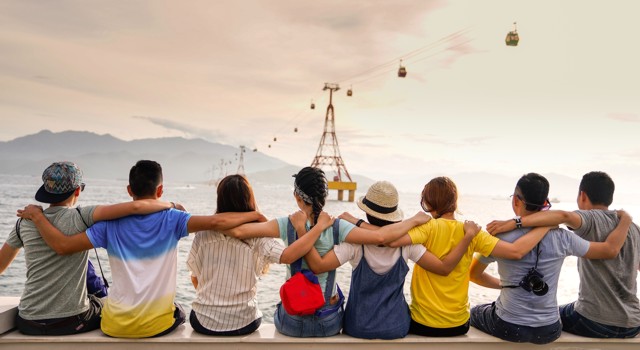 Shareholder Primacy is the idea that shareholder interests should be the primary concern for the boards of publicly traded companies.

It seems obvious that a single owner of a company is free to set whatever they value most as the primary concern for their privately held business. A restaurant owner can decide what wage and terms of employment they will offer prospective employees. Employees will accept these terms only if they believe the exchange is in their best interests. Similarly a restaurant owner is free to serve sweet tea or beer as they desire. To suggest that a restaurant owner must decide against their own judgement and run their business as a charity for employees or comply to outside pressures and refrain from serving sugared or alcoholic drinks seems like a radical extreme.

Extending this logic to publicly traded companies, the owners are the shareholders. They, collectively through the means of multi-owner corporate governance, should also be free to set whatever priorities they want for the management direction of the company. If they believe layoffs are in the best interest of the company, they should be able to let workers go. If they believe that sweet tea shots will be the next happy hour craze, they should be able to serve whatever they want since they own the company and are risking their own capital on its success.

The term “shareholder primacy” is often used in criticisms of this common sense when applied to publicly traded companies.

Criticisms extend the idea of shareholder’s interests to include other stakeholders such as employees, customers, potential customers, and even the abstract idea of society as a whole. While everyone may have a stake in what a company does, everyone is not a part owner in that company. Having a stake is not the same as having a say.

But changing both how decisions are made within corporations and who has the power to make them should be center to the progressive agenda. We must put the interests of employees, customers, and society on par with the interests of shareholders. A new bill from Senator Elizabeth Warren, the Accountable Capitalism Act, proposes just that. …

This “stakeholder governance” model would give rise to publicly traded companies being run like the government, bloated and inefficient agencies that can neither trim their workforce nor compete in a free market.

Such suggestions imply that corporate governance is selfish and self-serving while somehow denying that employees, customers,and other members of society could be selfish and self-serving. They cannot envision that the responsible course of action might be both laying off some workers and engaging in a stock buyback plan for shareholders.

Most critics of shareholder primacy villainize the entire shareholding class of people, but shareholders can be very responsible stewards of corporate governance. In fact, shareholders have the greatest stake in a company’s long term success because the value of their own ownership of the company is along for the ride.

Here are some truths to combat the fallacious assumptions of these critics:

Shareholders have a great incentive to appoint competent directors. Those directors have the responsibility to direct the company as the majority of the shareholders would if they had the director’s time and expertise. Most boards are generally well run with directors adding tremendous value as they oversee, question, and direct important company endeavors. The fact that some boards can make serious mistakes which ruin a company is not a sufficient justification for any new legislation. For every type of decision-maker, there exists a group who commits serious mistakes. This is as true of private restaurant owners as it is of government agencies. However, it is not a sufficient justification to nationalize or socialize the governance of every publicly traded company.

Directors are not obligated to maximize giving profits to shareholders. Directors are obligated to maximize shareholder interests. And, like all businesses, long-term shareholder interests include a multitude of different concerns. Consequently directors can allocate money in whatever way they see fit. They can increase spending to research and development. They can decide to pay employees more to attract and retain a better workforce. They can reinvest in the company or they can pay shareholder’s a dividend. It is simplistic and false to say otherwise.

Shareholders and their directors can have interests other than maximizing profit. Collective owners can have every variety of interest that a single person might have. I’ve never seen a corporation whose values are “Money, money, and money.” Critics who assume the worst about corporations do not have an accurate view of the world. Yes, terrible corporations exist, but these are often corporations with little competition on account of government regulation. The most successful businesses often have some expression of excellent customer service in their mission statement. Marotta’s tenets of good customer service express our own corporate value priorities, none of which is concerned with maximizing our profits.

Shareholders, more than than any other group, prefer financial stability. If the company goes bankrupt, shareholders are paid last.

Shareholders have a great stake in research and development. Companies must innovate or die. And no shareholder wants to hasten the demise of their own company. But unlike government , companies will only prioritize research that has a good chance of actually bringing some benefit that private consumers would be willing to pay for. To shareholders this appears to be a wise and prudent strategy. Advocates of governmental funding of questionable research believe private corporations should be similarly generous to researchers. Additionally they often question the accuracy of scientific research when it is done by a corporation.

Photo by Duy Pham on Unsplash