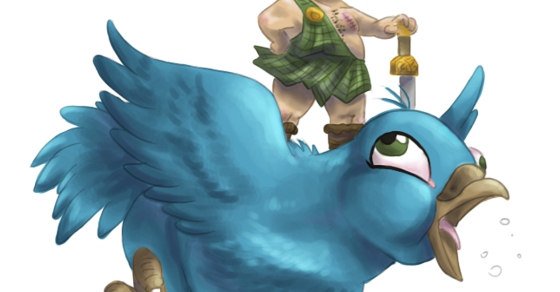 A distressing and growing trend among progressive activists is to launch media campaigns against every utterance that could be construed in a politically incorrect way. Their purpose is to destroy the perpetrator publicly as a warning to others.

“They find whatever is different and peck it to death.” A friend was describing the cruelty of middle school kids, but he could easily have been characterizing progressive activists.

Liberalism began as a political movement of pluralism and tolerance. Liberals recognized that people differ from one another. They argued that, as much as possible, we should be politically tolerant of those differences.

But today their view has hardened into a rigidly intolerant dogma. The only politically correct morality has become their version of what deserves tolerance.

The original focus of encouraging tolerance has morphed into shaming those perceived to be intolerant . “Such narrow thoughts must be shamed out of existence,” progressive activists might say, not even realizing the bigotry of their own words and actions.

Totalitarians at heart, progressive activists believe that everyone should see the reasonableness of their point of view and agree wholeheartedly. They actively silence those who disagree, using character assassination and name calling. They actively seek to ruin the reputation of anyone who opposes their beliefs.

Consider former public relations executive Justine Sacco. In 2013, she tweeted a series of biting jokes to her 170 twitter followers. The last one said, “Going to Africa. Hope I don’t get AIDS. Just kidding. I’m white!” She intended it to be a sarcastic statement of privilege. But by the time her plane landed, she was the number-one worldwide trend on Twitter, had been fired from her job and was being distanced from her family, all longtime activists for racial equality in Africa.

The savage response of the progressive activists who ruined Sacco’s life followed a now predictable script.

First, the offhand comment is interpreted in the worst possible way. Most of us are not skilled comedians, and attempts at humor normally accompany subjects that are emotionally charged. As a result, sarcasm and lame humor are the easiest to attack. No charitable interpretation is offered for the victim’s intended meaning. The statement is deliberately assumed to be completely literal.

Second, the progressive activists quickly assert that the individual should have known better than to make such an outrageous statement in the first place. The growing dialogue builds and elaborates the consensus that no excuse could possibly justify such online speech.

Research is quickly done into the victim’s online past. Every post, link or association is reviewed. Comments and images perceived as even more offensive are pulled out of context to show a pattern of objectionable behavior.

At this point, the self-congratulatory righteousness intensifies into a virtual stoning. Anger builds such that the response becomes completely out of proportion to even the perceived crime. The swift consensus of their strike hides the truth: they are bullies whose ruthlessness surpasses any middle school student.

Third, their rage gains media attention that they use to accomplish even more destruction. An apology is demanded. Her employers are criticized for allowing such an insensitive person to work for them. They demand that she be fired. Boycotts are arranged to see that she is.

By now, the online consensus concludes the statement was indefensible. As a result, her employer has no hope of defending her. The company cuts their losses and fires her. They make a statement beginning with “We do not condone . . .” and ending with “She has been terminated.” A donation may be made to the appropriate activist cause.

Fourth, for the media attention to continue, online comedians now add their entertainment value. Much of the humor is easily forgettable, but something will catch on. The victim’s mistake is turned into a meme, some shortened phrase, image or hashtag that captures the essence of the story. The meme may only be tangentially related to the original story, but it abuses the victim in some new unjustified manner.

Fifth and finally, the Internet turns its attention to a new victim.

In Justine Sacco’s case, Sam Biddle threw the first stone. Biddle wrote to a reporter shortly afterward, saying, “It’s satisfying to be able to say, ‘O.K., let’s make a racist tweet by a senior IAC employee count this time.’ And it did. I’d do it again.”

John Ronson of the New York Times has taken on the task of interviewing victims of these progressive activists. He describes the targets as “everyday people pilloried brutally, most often for posting some poorly considered joke on social media.”

“Social media is so perfectly designed to manipulate our desire for approval,” Ronson writes, because all such postings are “a bid for the attention of strangers.” It takes vulnerability to share, and those living on social media often need the most validation to bolster their self-worth.

That is why victims of such online abuse exhibit long-term posttraumatic stress disorder. It is easy to understand because public shaming has been considered among the worst punishments for centuries.

Progressive activists use this technique to silence those they disagree with. They are frequently advocates of centralized planning, where one group presumes to make decisions for the rest of the collective.

Their political philosophy depends on the idea that a consensus will be reached and dissent will be minimal and therefore dismissible.

They strive for an idealistic dreamland with a totalitarian system run by altruistic people for the good of the whole. It is just an oddity to them that historically totalitarian systems turned out to be run by bullies and thugs.

Their attempt to generate total agreement is quickly proven impossible. They forget the basic premise of their original political roots: people are different.

Remember, liberals began as a political fight for freedom for all people and tolerance of all. But now, liberals have swung so far as to enforce their perceived morality of tolerance and become vicious intolerant bullies.

Meanwhile, libertarians have assumed their place as the primary political group fighting for tolerance through freedom.