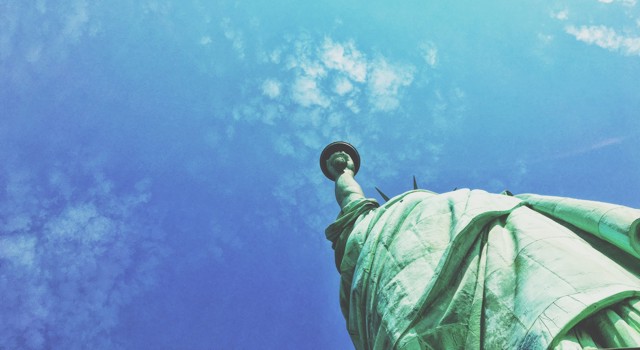 Liberalism began as a political movement of pluralism and tolerance. Liberals recognized that people differ from one another. They argued that, as much as possible, we should be politically tolerant of those differences.

But today their view has hardened into a rigidly intolerant dogma. The only politically correct morality has become their version of what deserves tolerance.

The original focus of encouraging tolerance has morphed into shaming those perceived to be intolerant. “Such narrow thoughts must be shamed out of existence,” progressive activists might say, not even realizing the bigotry of their own words and actions.

Totalitarians at heart, progressive activists believe that everyone should see the reasonableness of their point of view and agree wholeheartedly. They actively silence those who disagree, using character assassination and name calling. They actively seek to ruin the reputation of anyone who opposes their beliefs.

This in the introduction of our 2015 article “Twitter’s Reign of Terror.” Three years later, these words have only become more true.

On Tuesday, August 14, 2018, David John Marotta appeared on Radio 1070 WINA’s Schilling Show to discuss the right to the freedom of speech in 2018.

Listen to the audio:

Are you allowed to say something others don’t agree with? Do you feel safe doing so? In the past, we were willing to defend other’s free speech even if we found what was being said was utterly evil. In fact, the the Supreme Court literally upheld the rights of the KKK to say what they will in Brandenburg v. Ohio in 1968. However now, freedom of speech is under attack in America.

Under the guise of tolerance, we are more intolerant than before. Finding offensive comments is the new witch hunt, and people’s reputations, occupations, and freedoms are burned at the stake.

The latest 2018 victim has been the director James Gunn. Disney fired him from directing Guardians of the Galaxy Volume 3 over vulgar tweets from 2009. Disney is certainly within their rights to fire him, but do we really want someone who says something stupid to never be able to work again?

It is what director Fede Álvarez describes as a “nonsense culture of zero tolerance.”

In an open letter to Disney, Chris Pratt and the other starts of Guardians of the Galaxy appealed to Disney to rehire Gunn and noted, “There is little due process in the court of public opinion.”

Opinions make terrible law. We need to have a free market of ideas. Both you and I need to be allowed to speak freely, regardless of if we agree. We need to be permitted to listen to differing opinions without being decried a sympathizer. Competing speech and debate is always better than censorship. The best response to offensive speech is respectful speech.

You don’t have the right to ruin someone’s life just because you don’t like them or what they say. And it won’t help anything. If someone can’t eat, can’t work, and can’t go out in public because of their views, they will turn more violent. Harassment is and should be against the law.

In 2017, the Supreme Court unanimously reaffirmed that there is no ‘hate speech’ exception to the First Amendment .

Justice Samuel Alito wrote, “Speech that demeans on the basis of race, ethnicity, gender, religion, age, disability, or any other similar ground is hateful; but the proudest boast of our free speech jurisprudence is that we protect the freedom to express ‘the thought that we hate.’ ”

And Justice Anthony Kenned adds, “A law that can be directed against speech found offensive to some portion of the public can be turned against minority and dissenting views to the detriment of all.”

A year ago, Canada passed laws compelling citizens to use a person’s preferred gender pronouns or face prosecution.

Such compelled speech acts are illegal in the United States, but Twitter’s reign of terror makes the right to the freedom of speech feel weaker every day.

Photo by Max Ostrozhinskiy on Unsplash