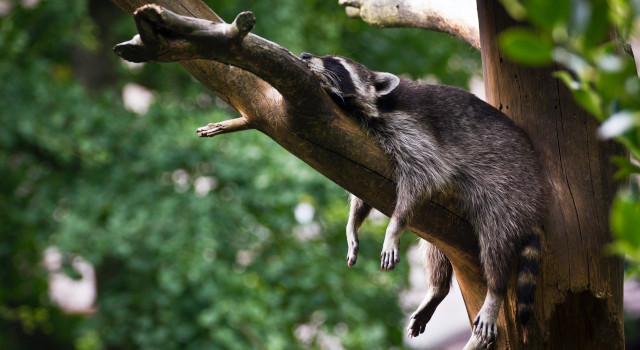 Fortunately, in a recent October 2022 notice, the IRS guided that they will waive penalties for failing to take a 2021 or 2022 inherited RMD for those who are caught in the limbo of this decision. They also noted that whatever the new rules are won’t take affect until 2023 at the earliest.

That’s the summary. If you are interested in a more thorough description of the issue, read on.

How We Thought It Worked

(i) In general.—Except in the case of a beneficiary who is not a designated beneficiary, subparagraph (B)(ii)—
(I) shall be applied by substituting “10 years” for “5 years”, and
(II) shall apply whether or not distributions of the employee’s interests have begun in accordance with subparagraph (A).

The old 5-Year Rule it was replacing has previously required that heirs distribute 100% of the account by December 31 of the year of death plus five but has not required annual distributions. IRS Publication 590B has summarized this as:

The 5-year rule requires the IRA beneficiaries who are not taking life expectancy payments to withdraw the entire balance of the IRA by December 31 of the year containing the fifth anniversary of the owner’s death. For example, if the owner died in 2021, the beneficiary would have to fully distribute the IRA by December 31, 2026. The beneficiary is allowed, but not required, to take distributions prior to that date. The 5-year rule never applies if the owner died on or after his or her required beginning date.

After the SECURE Act created the new 10-Year Rule, IRS Publication 590B was updated to read:

The 10-year rule requires the IRA beneficiaries who are not taking life expectancy payments to withdraw the entire balance of the IRA by December 31 of the year containing the 10th anniversary of the owner’s death. For example, if the owner died in 2021, the beneficiary would have to fully distribute the IRA by December 31, 2031. The beneficiary is allowed, but not required, to take distributions prior to that date.

In other words, the 10-Year Rule was the same as the 5-Year Rule except that it was 10 years instead of 5 years. Since that IRS publication update, we’ve learned that the lawyers at the IRS disagreed with that implementation.

How the IRS Thought It Worked

To reconcile those two seemingly contradictory items in the U.S. Code, the IRS proposed the requirement of annual RMDs under the 10-Year Rule. They proposed that if an IRA was inherited after the original owner’s Required Beginning Date (they had already been required to start taking RMDs), then those RMDs must continue beyond the original owner’s passing. This suggests that in years 1-9 inherited IRA holders must take at least the previous owner’s RMD, with the entire account needing to be depleted in year 10.

This created a bit of panic. The penalty for failing to take an RMD is a steep 50% tax, and the SECURE Act came into effect for inherited IRAs from deaths in 2020 or later. While the 2020 RMD was waived due to the CARES Act, this left account holders unsure if they missed Required Minimum Distributions from 2021 and thus owed hefty penalties. Additionally, the 2022 inherited distribution requirements must happen before December 31, 2022, but we still don’t know what those requirements are. This IRS document is just proposed guidance, not yet actual guidance.

As such, we’ve been waiting, watching, and hoping the IRS would issue more guidance on the matter before it was too late.

Fortunately, on October 7, 2022 the IRS issued Notice 2022-53 , which announced that the IRS would not be issuing tax penalties for missed 2021 and 2022 RMDs from Inherited IRAs subject to the 10-Year Rule. They also announced that they expect to have final guidance which will apply no earlier than 2023. The notice reads:

III. Applicability Date of Final Regulations
Final regulations regarding RMDs under section 401(a)(9) of the Code and related provisions will apply no earlier than the 2023 distribution calendar year.

1.Guidance for Certain RMDs for 2021 and 2022
A. Guidance for defined contribution plans that did not make a specified RMD

A defined contribution plan that failed to make a specified RMD (as defined in Section IV.C of this notice) will not be treated as having failed to satisfy section 401(a)(9) merely because it did not make that distribution

While the decision not to penalize those who failed to take distributions in 2021 and 2022 was well received, the rest of the notice lacked clarity. We still are left wondering what will be decided, when it will be decided, and what we should do for 2023 onward.

While we won’t know with any certainty until the IRS publishes their final guidance, it is likely that Inherited IRA owners will be required to take distributions if they inherited their accounts from an original owner who had already started RMDs and died in or after the year 2020.

Those who have inherited Roth IRAs should wait for the final guidance to verify whether or not annual inherited distributions are required.

Those who have inherited Traditional IRAs may benefit from voluntary withdrawals regardless of whether annual distributions are required. Taking withdrawals gradually over the 10-year period can keep you in lower tax brackets overall and avoid a sudden and large tax hit from a 100% distribution in year 10.

We will continue to monitor the IRS guidance on this matter. If you’d like to stay updated on our latest understanding of this issue, you may enjoy subscribing to our newsletter.

Photo by Simon Infanger on Unsplash