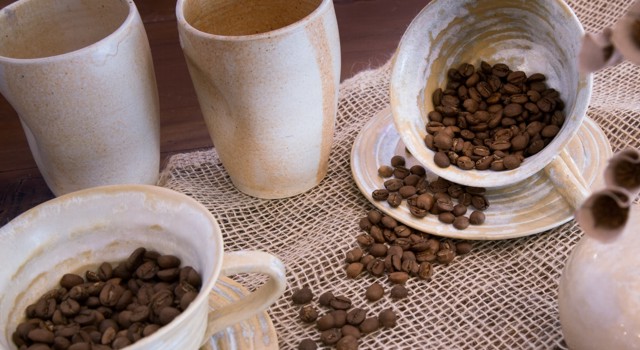 On Friday, March 27, 2020, President Trump signed H.R.748 – Coronavirus Aid, Relief, and Economic Security (CARES) Act into law. The act contains in it many temporary provisions to try and help the economy during this 2020 coronavirus pandemic. The most interesting thing about the bill is that, by nature of the waivers, Congress is effectively acknowledging that many IRS requirements are known to be burdens on the people and the economy.

Among the temporary measures, Congress waived required minimum distribution (RMD) requirements for only tax year 2020. The waiver applies to both individual and inherited RMDs.

In a rollover contribution, one retirement account distributes all or some of the assets it holds. Then, within the allowed time period of 60 days, you deposit the same amount of funds back into the same or a different retirement account.

In this way for 2020, you have received a check or fund distribution from one account (which you thought was going to be your RMD but now isn’t) and you now have 60 days from the day you received the distribution to put the funds back into either the same or a different qualified retirement account.

Although inherited IRAs are eligible for trustee-to-trustee transfers between identically titled accounts, they have never been eligible for rollover contributions. Thus, any 2020 distributions already taken from an inherited IRA are final.

Furthermore, although qualified charitable distributions (QCDs) can be used to satisfy your RMD, I believe that you cannot make a rollover contribution using those funds. To be a qualified charitable distribution, the assets need to be paid directly to the charity. However, in order to begin a rollover contribution, the funds must be paid directly to you so they are under your control. Thus, even though I cannot find an explicit ruling on the matter, I believe any QCD already taken in 2020 will also be final.

Lastly, it is important to note that you are only permitted to make one rollover contribution per 12-month time period. Rollovers are defined in Publication 590-A, which reads in part:

…You can make only one rollover from an IRA to another (or the same) IRA in any 1-year period regardless of the number of IRAs you own. The limit will apply by aggregating all of an individual’s IRAs, including SEP and SIMPLE IRAs as well as traditional and Roth IRAs, effectively treating them as one IRA for purposes of the limit.

Although the IRS guides are confusing on the topic, the U.S. Code is more clear. In the paragraph about rollovers, U.S. Code 408(d)(3)(B) reads:

However, because the limit only applies to distributions that are not includible in gross income, Roth conversions are not limited.

The IRS says this explicitly in the “IRA One-Rollover-Per-Year Rule” guide, which is citing a series of 2014 announcements, where the IRS writes:

A rollover from a traditional IRA to a Roth IRA (a “conversion”) is not subject to the one-rollover-per-year limitation, and such a rollover is disregarded in applying the one-rollover-per-year limitation to other rollovers. However, a rollover between an individual’s Roth IRAs would preclude a separate rollover within the 1-year period between the individual’s traditional IRAs, and vice versa. (For purposes of this announcement, the term “traditional IRA” includes a simplified employee pension described in § 408(k) and a SIMPLE IRA described in § 408(p).)

In their November 2014 press release, they also exclude rollovers between qualified plans (like 401(k) plans) and IRAs from the one-year limit, writing:

As before, Roth conversions (rollovers from traditional IRAs to Roth IRAs), rollovers between qualified plans and IRAs, and trustee-to-trustee transfers–direct transfers of assets from one IRA trustee to another–are not subject to the one-per-year limit and are disregarded in applying the limit to other rollovers.

How to Do a Rollover Contribution

To complete a rollover contribution conversion, the easiest thing to do is to write a check to your Roth IRA for the amount of your distribution.

At Charles Schwab, this is accomplished by writing a check payable to the account holder’s name followed by “Charles Schwab Account Number” followed by the relevant account number. Write in the memo line, “Rollover contribution of [DATE] funds paid,” where the date is the original distribution date(s), so Schwab reports this rollover correctly to the IRS.

Then endorse the check on the back with your signature and “for deposit only in” followed by the relevant account number.

If you had withholding on your distribution, you can still contribute the full distribution (withholding plus the deposit) to your Roth IRA and have it be a valid rollover contribution. As IRS Topic No. 413 states:

Any taxable eligible rollover distribution paid to you from an employer-sponsored retirement plan is subject to a mandatory income tax withholding of 20%, even if you intend to roll it over later. If you do roll it over and want to defer tax on the entire taxable portion, you’ll have to add funds from other sources equal to the amount withheld.

In other words, although you won’t have access to the funds that were sent out as tax withholding, if you have enough funds stashed away in your taxable accounts, then you can contribute up to the full distribution amount (withholding included) to a retirement account and have it count as a rollover contribution.

An Example of a Rollover Contribution Conversion

Because rollovers from traditional to Roth IRAs (“conversions”) are not limited, here is an example of how you can change your multiple no-longer-RMD distributions into Roth conversion for 2020.

To complete a rollover contribution conversion to your Roth IRA, you would then write a check worth $2,600, the full eligible distribution amount from all distributions, payable to your Roth IRA. In the memo line of the check, you can write “Rollover conversion of 2/15, 3/1, & 3/15 funds paid.” Then, endorse the back and deposit it using the mobile app or a cashiering envelope.

You’ll need to act quickly, as 60 days from the February 15 distribution is April 15, 2020. This means April 15 would be your deadline for contributing the February withdrawal.

You’ll also want to cancel your future recurring distributions so that you don’t accidentally withdraw more funds in the months to come.

To Read More About This Topic

For those who are interested, here is the full relevant text of the final bill:

(a) In general.—Section 401(a)(9) of the Internal Revenue Code of 1986 is amended by adding at the end the following new subparagraph:

(i) IN GENERAL.—The requirements of this paragraph shall not apply for calendar year 2020 to—

(I) a defined contribution plan which is described in this subsection or in section 403(a) or 403(b),

(ii) SPECIAL RULE FOR REQUIRED BEGINNING DATES IN 2020.—Clause (i) shall apply to any distribution which is required to be made in calendar year 2020 by reason of—

(I) a required beginning date occurring in such calendar year, and

(II) such distribution not having been made before January 1, 2020.

(iii) SPECIAL RULES REGARDING WAIVER PERIOD.—For purposes of this paragraph—

(I) the required beginning date with respect to any individual shall be determined without regard to this subparagraph for purposes of applying this paragraph for calendar years after 2020, and

(II) if clause (ii) of subparagraph (B) applies, the 5-year period described in such clause shall be determined without regard to calendar year 2020.

(1) IN GENERAL.—The amendments made by this section shall apply for calendar years beginning after December 31, 2019.

(A) IN GENERAL.—If this paragraph applies to any plan or contract amendment—

(ii) except as provided by the Secretary of the Treasury (or the Secretary’s delegate), such plan or contract shall not fail to meet the requirements of section 411(d)(6) of the Internal Revenue Code of 1986 and section 204(g) of the Employee Retirement Income Security Act of 1974 by reason of such amendment.

(B) AMENDMENTS TO WHICH PARAGRAPH APPLIES.—

(i) IN GENERAL.—This paragraph shall apply to any amendment to any plan or annuity contract which—

(I) is made pursuant to the amendments made by this section, and

(II) is made on or before the last day of the first plan year beginning on or after January 1, 2022.

(ii) CONDITIONS.—This paragraph shall not apply to any amendment unless during the period beginning on the effective date of the amendment and ending on December 31, 2020, the plan or contract is operated as if such plan or contract amendment were in effect.

Photo by Marcella Pio on Unsplash