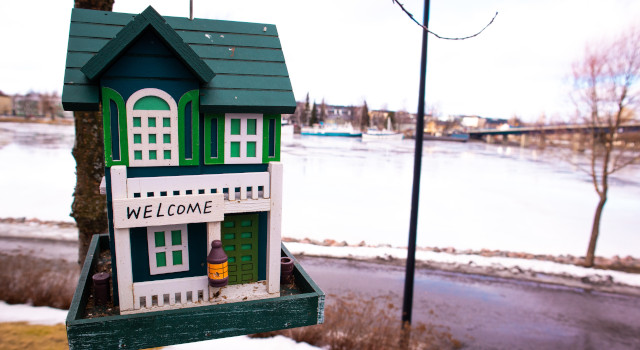 One of the first financial calculations I did with my father in the early 1980s was regarding the decision of a home purchase. The question we addressed was should the person pay cash or get a mortgage. We did the calculation using Lotus 1-2-3, a better spreadsheet program than VisiCalc, and the precursor to Microsoft Excel.

We kept adding feature after feature to the analysis. Your cash would be put in a taxable account. You would have to pay tax on interest, dividends, and capital gains. Assuming you itemized, you would receive a mortgage interest tax deduction. We had to make many different assumptions such as what tax bracket the person was in, were they married, did they have other charitable intentions. After many hour of work late into the evening, the decision was overwhelmingly in favor of getting as large and as long of a mortgage as possible. Since then, I’ve repeated those calculations and applied that lesson many times.

During the latest round of refinancing, I took out as much as possible. With a cash out refinance, the mortgage provider only allowed me to borrow 75% of the value of my house. That money was put directly in the markets. Having money that is only costing me 3.0% in the markets (which should return more than that over the next 30 years) is a great hedge against inflation. The markets will go up and down over the next 30 years, but I am confident that I will make more than 3%.

What about the higher interest rates we have now?

Currently in October 2022, interest rates are at 6.85%. My rule of thumb is that when interest rates for mortgages go over about 6.8% you might need to think before borrowing. But many Americans have forgotten that interest rates used to be much higher.

In 1983, my wife and I purchased our first house. Back then, many loans were assumable. We were living in Eugene, Oregon, and the city had 35% unemployment. There were foreclosures on every block, and the bank was simply thankful that someone was going to be paying the mortgage.

The mortgage interest rate was 11.5%, for which we were thankful since the going rate at that time was nearly 18%. Yes, it was a different time. We could afford to make the payment but we could not afford to purchase the house with cash. However, if we could have afforded to either have the mortgage and invest the money or pay cash and not invest the money, which would have been better?

Let’s do the analysis.

Had we had $56,000, we would have had to decide between putting that money in the markets or paying cash for the house.

Here is the mortgage interest rate compared with the return of the S&P 500.

In addition to the higher returns in the market, we were allowed to take a mortgage interest deduction on our taxes. This also allowed our charitable giving to be tax deductible.

Photo by Vivian K on Unsplash