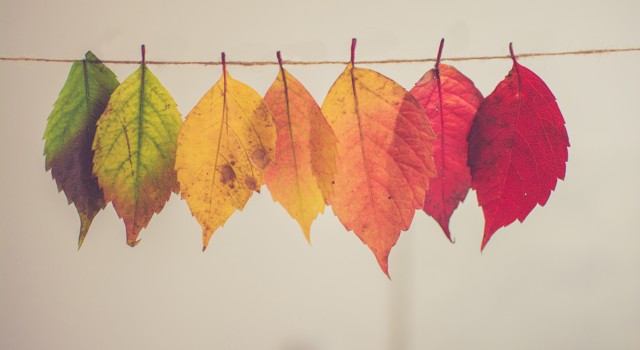 On May 23, 2019, the House passed the Setting Every Community Up for Retirement Enhancement Act of 2019 with a vote of 417 Yeas and 3 Nays. The SECURE Act, as it has been nicknamed, is now on its way to the Senate. You can read the House’s text of the bill here.

Here’s an overview of the big changes it has:

This new bill repeals Paragraph (1) of section 219(d), which reads, “(1) Beneficiary must be under age 70½ – No deduction shall be allowed under this section with respect to any qualified retirement contribution for the benefit of an individual if such individual has attained age 70½ before the close of such individual’s taxable year for which the contribution was made.”

This means that you can now contribute a deductible traditional IRA contribution at any age.

They also amended Qualified Charitable Distribution (QCD) to say that the amount of your gift that counts as a QCD and thus is not includible in gross income:

(i) the aggregate amount of deductions allowed to the taxpayer under section 219 for all taxable years ending on or after the date the taxpayer attains age 70½, over

(ii) the aggregate amount of reductions under this sentence for all taxable years preceding the current taxable year.

This effectively means you will have to choose between taking the IRA deduction or making a QCD, as your QCD will be reduced by the amount of IRA deduction you take.

“The amendments made by this section shall apply to distributions required to be made after December 31, 2019, with respect to individuals who attain age 70½ after such date.”

Meaning someone who was going to turn 70 1/2 in 2020 will now be able to wait one or maybe two more years until the year they will turn 72.

Naturally, I just finished writing the “The Full Complexity of All Required Minimum Distribution Divisors Explained,” and now they are proposing reforming the inherited divisor law. Oh, well. Here are the changes:

First off, current law means that if you don’t have an exception, you have to distribute the whole balance of the inherited IRA in 5 years. The new proposed law extends this to ten years.

Unfortunately, they also add that this 10-year distribution rule “shall apply whether or not distributions of the employee’s interests have begun.” Meaning, even if the decedent was older than 70 1/2, you lose the option of taking the RMD using their divisor and are required to take it out over 10 years. It clarifies that the option of utilizing the decedent’s divisor  “shall apply only in the case of an eligible designated beneficiary.” Meaning designated beneficiaries still have this exception, although only when they were older than the decedent.

Third is the worst update.

Last, they state, “The determination of whether a designated beneficiary is an eligible designated beneficiary shall be made as of the date of death of the employee.” Which I suppose means if you are disabled or chronically ill at the decedent’s demise, but then you get better, you are able to retain your stretch.

They also write, “The amendments made by this subsection shall not apply to a qualified annuity which is a binding annuity contract in effect on the date of enactment of this Act and at all times thereafter.”

Under current law, there are already several cases you are permitted penalty-free withdrawals from IRAs even when you are before age 59 1/2.

This new proposed bill adds “any distribution from an applicable eligible retirement plan to an individual if made during the 1-year period beginning on the date on which a child of the individual is born or on which the legal adoption by the individual of an eligible adoptee is finalized.”

The bill limits the distribution so that it “shall not exceed $5,000.”

“The amendments made by this section shall apply to distributions made after December 31, 2019.”

First, they add the following paragraph to the code:

(8) TREATMENT OF CERTAIN EXPENSES ASSOCIATED WITH REGISTERED APPRENTICESHIP PROGRAMS.—Any reference in this subsection to the term ‘qualified higher education expense’ shall include a reference to expenses for fees, books, supplies, and equipment required for the participation of a designated beneficiary in an apprenticeship program registered and certified with the Secretary of Labor under section 1 of the National Apprenticeship Act (29 U.S.C. 50).

This would expand 529 qualified expenses to registered apprenticeship programs.

They write, “The amendments made by this section shall apply to distributions made after December 31, 2018.”

The Ways and Means summary document says about this section, (emphasis added) “The legislation expands 529 education savings accounts to cover costs associated with registered apprenticeships; homeschooling; up to $10,000 of qualified student loan repayments (including those for siblings); and private elementary, secondary, or religious schools.” However, I see no mention to homeschooling or any synonym in the actual May 2019 text that was passed in the house. It looks like it used to be in the March 2019 version of the bill, but was removed from the bill before passing it.

This new bill says, “not later than 1 year after the date of the enactment of the Setting Every Community Up for Retirement Enhancement Act of 2019” the Secretary of the retirement plan must “issue a model lifetime income disclosure, written in a manner so as to be understood by the average plan participant, which

(I) explains that the lifetime income stream equivalent is only provided as an illustration;

(III) explains the assumptions upon which the lifetime income stream equivalent was determined; and

(IV) provides such other similar explanations as the Secretary considers appropriate.

Within one year, the Secretary also must “prescribe assumptions which administrators of individual account plans may use in converting total accrued benefits into lifetime income stream equivalents for purposes of this subparagraph.”

What a useless disclosure.

The bill also proposed a new kind of employer-sponsored plan called a “pooled employer plan” or “multiple employer plan.” This would permit one employer, such as Marotta Wealth Management, to open one 401(k) retirement plan and permit other employers and their employees to participate in the very same plan.

This could be good news as it could lower the burden of record keeping and set-up costs by dividing it among more participants.