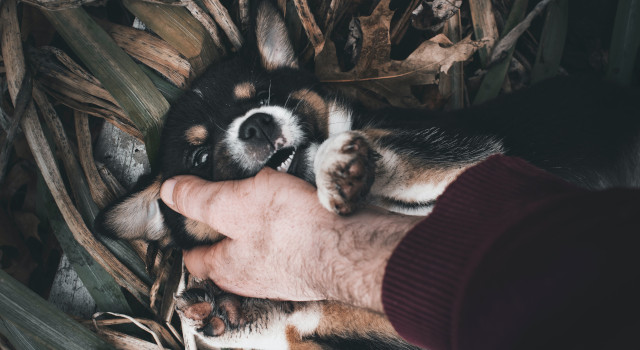 Among the most complicated and frustrating individual retirement account (IRA) rules are required minimum distributions (RMDs). The government allows you to delay paying tax on traditional IRA contributions or retirement deferrals in order to encourage you to save for your retirement. But after a certain age, the government requires you to take some of that money out so they can collect taxes on it. The amount the government mandates you take out of your account each year is called a Required Minimum Distribution (RMD).

Naturally, I had just finished writing “The Full Complexity of All Required Minimum Distribution Divisors Explained” in June 2019 when a few weeks later we found out that the SECURE Act of 2019 was on the horizon proposing a new design of inherited RMD rules.

Now that the SECURE Act is law, it is time for me to update the rules on RMDs. So, here is my attempt to give an overview of all of the complexity in Required Minimum Distribution divisors and how to handle each of these cases.

You own an pre-tax IRA, such as a Traditional IRA, Rollover IRA, SEP-IRA, or SIMPLE IRA, and…

You are younger than 72.

The year that you turn 72 is called your “required beginning date.” This is the first year you must take a RMD.

Your first RMD must be taken after January 1 of your required beginning date year and before April 1 of the following year. The April deadline is a one-time extension of the RMD deadline for just your first year.

Normally, it is better to take your first RMD in the year you reach age 72 without delaying into the one-time extension. Delaying into the following year will require you to take two RMDs that year, increasing your taxes that much more.

You may want to delay if you are going to retire the next year. In that extremely coincidental case, postponing the first withdrawal until the year your income is lower may save you money.

You may also benefit from delaying if you are considering giving away all or most of both RMDs as Qualified Charitable Distributions (QCDs), as QCDs are exempt from taxable income anyway and then you can save time by bundling the paperwork preparation for both years.

After your first year, you need to take your RMD during the year and before December 31 every year you have an IRA balance.

Your primary beneficiary is a spouse who is more than 10 years younger.

The IRS has a quirky rule that if your 10-years-or-more younger spouse is your sole primary beneficiary, then you can use the lower Joint Divisor based on both your life expectancies rather than just your own.

The Joint Divisor is an alternate and more favorable RMD calculation. If you are a mixed-decade couple, take advantage of the Joint Divisor by making your spouse your primary and sole beneficiary for your IRA and use the Joint Life and Last Survivor Expectancy Table to find your RMD or you can use our RMD Calculator.

You can read more about this in “RMD Mistake: Not Using the Joint Divisor.”

Your primary beneficiary is someone or something else.

For individuals who are older than 72, the standard divisor is called the Uniform Divisor. You use the Uniform Lifetime Table to find your RMD or you can use our RMD Calculator.

If you do not own the company, employer-sponsored plans like 401(k), 403(b), and 457 plans are only subject to RMDs in the year you both reach age 72 and are terminated from your employment with the sponsoring employer.

However, if you are more than a 5% owner of the company that sponsors the plan, then you must start RMDs in the year you reach age 72 regardless of whether you are still employed.

You can read more about this in “When to Get Your Money Out of Your 401(k), Especially Plan Owners.”

The RMD rules for employer-sponsored retirement accounts are otherwise the same as those for IRA accounts.

If you do the spousal rollover, that means you never need to take inherited RMDs but instead treat the assets as though they were your own, taking RMDs from the account per usual when you are over age 72. This makes a huge difference. Read “RMD Mistake: Missing a Spousal Rollover” for more information.

It used to be that if the decedent died after his required beginning date, then the heir had the option of taking the original owner’s RMDs. However, this option was removed during the SECURE Act. Now, what kind of inherited RMD you have to take depends on how you inherit the assets and who you are.

If the decedent’s estate was designated as a beneficiary, then in a Private Letter Ruling, the IRS set the precedent that even probate and the successive heirs named there can qualify for the beneficiary designation exception, described below.

If you cannot trace your inheritance back to a beneficiary designation, then you must distribute all of the account’s assets within 5 years. This means take the year of the previous owner’s death, add five, and on December 31st of that year, the balance of the account needs to be $0.

Non-spouse designated beneficiaries are permitted an exception to the 5-Year rule, but it matters whether you are eligible or not eligible what exception exactly you will receive.

An eligible designated beneficiary (spouse, child, disabled, chronically ill, or within 10 years in age of the decedent).

Under the SECURE act, an “eligible designated beneficiary” is defined as only someone who is:

This means that a healthy, non-nuclear family member who is more than 10 years younger than the decedent is never eligible for stretch provisions. Furthermore, children of the decedent are only granted stretch provisions until they are of majority age. Spouses are still given their spousal rollover, although they can also have stretch. So it is really only the disabled or chronically ill who are given stretch provisions for their lifetime.

In this case, stretch provisions means using the Single Life Table to calculate their Inherited RMD divisor. Unlike Uniform or Joint divisors where you need to look up your new divisor on the table each year, the Single Life Table is used once in the year after the decedent dies. Then, in each successive year you subtract one from that fixed divisor to get the next year’s divisor. In this way, if your first divisor was 40.7, then you will distribute the entire account in 40 years.

Not an eligible designated beneficiary.

If you are not an eligible beneficiary, then the entire account must be distributed within 10 years regardless of the original IRA owner’s required beginning date or your age.

If you own the assets outright, free of trust, and in your name, then nothing changes in how you take your RMD.

The main provision that must be met is, if the trust has more that one beneficiary, then either the trust assets need to be divided upon the death of the original IRA owner into separate trusts, one for each beneficiary, or the eligible designated beneficiary needs to be the only beneficiary who has a right to any of the assets in the inherited IRA. In general, if this provision is not met, then the eligible beneficiary’s portion of the trust will not be permitted to use stretch provisions even though they would have been otherwise eligible.

You inherited an Inherited IRA from…

This means that a second generation beneficiary of an eligible designed beneficiary would need to distribute the whole IRA within 10 years of the first beneficiary’s death, even if they themselves could have been eligible.

Photo by Daniel Lincoln on Unsplash