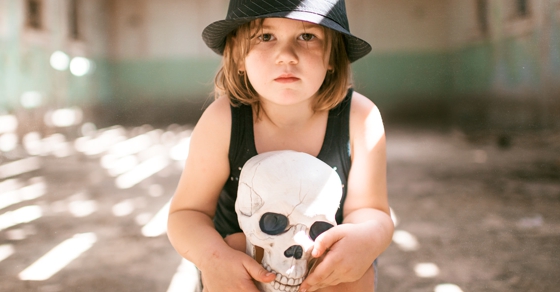 It is often said that the only two certainties in life are death and taxes. The IRS takes that truism to heart by first obligating you to calculate when you are likely to die and then making you pay taxes accordingly.

The Individual Retirement Account (IRA) was created to help people save for retirement in a tax-advantageous way. With a Roth IRA, your contributions come from already taxed money. Retirement withdrawals are not taxed. With a traditional IRA, contributions reduce your current taxable income, but future withdrawals during retirement are taxable.

But contributing to, distributing from or even just owning an IRA can be challenging. The IRS instructions for Individual Retirement Arrangements, Publication 590 , is 114 pages long. The section on withdrawing assets from traditional IRAs alone is 50 pages. The algebra required to comply with the IRA rulings is beyond many citizens. Yet failure to abide by these complex calculations results in a punitive 50% tax.

Among the most complicated and frustrating IRA rules are required minimum distributions (RMDs). The IRS tells us, “You cannot keep funds in a traditional IRA indefinitely.”

RMDs are required on all traditional IRA accounts in and after the year the owner turns 70 1/2 years old. For inherited IRA accounts, RMDs are also obligatory in the year after the previous owner’s death.

However, figuring out the RMD of inherited IRAs is significantly more complex. Many companies will determine traditional IRA RMDs for you. But the inherited IRA calculation is so onerous that account owners or their advisors must compute it manually.

David’s mother, an incredible woman who is greatly missed, died on April 1, 2002. She generously left a portion of her IRA to each of her children. David’s share was put into an inherited IRA. The following year and every year after that it requires RMDs.

To calculate the RMD, first you must determine the end-of-year value of all of the cash and holdings in the inherited IRA. This is not as simple as looking at your custodian’s end-of-year report. An account value may differ from the final number on your December statement. For example, late dividends are often back posted after the end of the year, a trading fee for a trade in December might not be withdrawn until January and any money moving back into the account adjusts the prior year’s ending value.

Next, you report the date of the person’s death. That date is required every year, so the IRS does not let the bereaved forget it.

Using this information, he looks up his “Life Expectancy Factor” from one of three IRS life expectancy tables that show how many years the IRS says he can expect to live.

As the beneficiary of an inherited account, David uses the Single Life Expectancy Table. At age 43, he was only expected to live an additional 40.7 years.

After calculating both the end-of-year value and this modified life expectancy number, David must divide the end-of-year value by his modified life expectancy number to calculate his RMD for the year. Then he has to ensure that at least that amount is distributed from the account. He also must report this withdrawal on his taxes and pay tax at ordinary income tax rates.

Thus David must face his mother’s loss again every year, noting how many years it has been, how likely he is to die and how much of his inheritance remains in the account. This is a cruel rule.

Most people contribute to their traditional IRAs throughout their working career while they are young and in a lower tax bracket. So the government only misses out on a very small amount of tax. Then IRAs grow for decades at market rates of return.

Some traditional IRA owners may find themselves in a higher tax bracket at retirement, but even if the IRA owner’s tax bracket is lower at the time of distributions, the government has gained from the arrangement.

By deferring the taxation of these accounts, the traditional IRA essentially forced the government to save and invest. By the time the owner is ready to distribute, the value of the IRA is significantly larger. Thus every year the government allows its citizens to delay taxation of their retirement assets, the government’s portion of the account grows at market rates of return.

This deferred taxation is one of the only forms of saving and investing in which the government has ever participated.

Just for 2009, the government suspended the RMD rules to encourage individuals with lower end-of-year balances due to the 2008 financial meltdown to leave the money in and let their account balances recover.

Many retirees did not take withdrawals that year. When their account balances recovered in 2010, the government collected more in taxes than it would have if it had insisted on enforcing RMD regulations the year before.

Retirement assets passed $23 trillion this year with over $6.5 trillion held in IRAs. At a 10% market rate of return, that would add $650 billion to the amount the government will ultimately tax for every year it encourages account holders not to take distributions.

IRA distribution regulations are extremely shortsighted. In addition to forcing IRA owners to dwell on their deaths and the loss of their loved ones to complete the calculation, the RMD itself robs both the taxpayer and ultimately the government of wealth in the long run. All this, so the government can have money now.