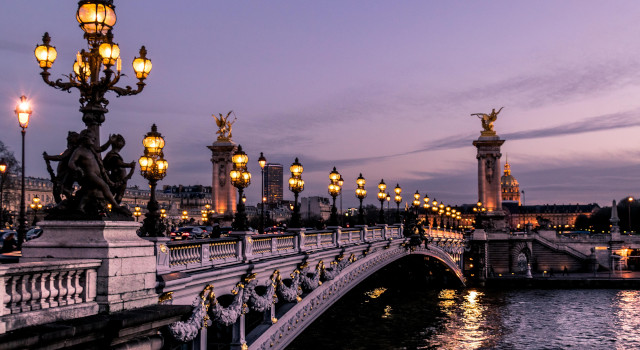 The financial outlook for France is not promising. We can learn from their decline. The Heritage Foundation‘s survey last year of 155 countries ranked France among the top-ten countries to lose the most economic freedom. The French people are paying the price. According to a study by T. Waning, economic freedom is to blame for France’s nightmarish unemployment rates brought into the public eye by angry youths protesting the lack of liberte, egalite, fraternite.

My wife and I just returned from a trip to Paris, dubbed the City of Light for the gas street lamps which lined boulevards as early as 1829 and also for its role in enlightenment thought. Paris is rich in art and history and our visit to the Louvre and Orsay museums were certainly the highlight of our visit.

Some Parisians fear a “museumification” of the city as the stringent architectural protection laws are embalming Paris as a relic for tourists. As a result, any real economic activity has fled to the more business-friendly suburbs. Although this is a benefit to tourists, tourism represents only a small percent of France’s Gross Domestic Product (GDP).

France is performing a delicate balancing act of having the world’s fifth largest economy while maintaining dismal GDP growth numbers of 0.9% in 2003, 2.0% in 2004 and 1.5% in 2005. Although its economy is second in Europe after Germany, unemployment rates of 23% among its young people and a burgeoning national deficit cause concern.

It is impossible to discuss France’s economic problems without addressing the role of the State. The Republic was founded on grand socialistic notions of heavy government involvement in daily life. Government programs are still seen as the remedy to all social ills.

At the Louvre we saw the Code of Hammurabi dating from the 18th century BC. At seven and a half feet tall, the stele represents one of the first set of rules by a sovereign authority. It would take over 300 massive steles to hold the French labor laws, the weight of which is tied around the neck of struggling French companies.

Although the French gave us the word ‘entrepreneur,’ it’s a wonder the term isn’t obsolete in French. Opportunities for growth are stifled by their bureaucracy and are over-regulated in the name of equality. A 2004 World Bank study reported it took the average entrepreneur 53 days to start a business in France compared to the U.S. average of 4 days.

According to the Heritage Index of Economic Freedom, government intervention in the economy is largely to blame for the ten-year downtrend in economic freedom in France. The presence of the State is inescapable. The education and healthcare systems are run by the state. And state-owned monopolies control energy, transportation, and the telecommunications industries.

With 22 regions, 96 departments, and 36,000 municipalities, the French government employs one in four workers and consumes nearly a quarter of the GDP each year. To fund their dirigiste economy, the French pay some of the highest taxes in all of Europe, surrendering 55% of their wages to income and social security taxes.

Increased regulation in the economy usually results in diminished productivity and profitability. When it comes to investing, we don’t recommend investing in countries with declining economic freedom.

The recent success of some French companies can be attributed to their production and sales in foreign countries. But France is carrying so much domestic baggage they have underperformed the international index averaging only 2.25% annually the past five years.

We don’t recommend investing specifically in France. Of the EU options, we would advise investing in the United Kingdom, Sweden, Germany, Austria or even Italy so that your investment returns can pay for your visits to Paris.

Photo by Léonard Cotte on Unsplash