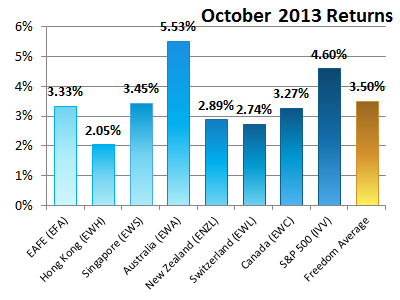 The EAFE Index was boosted by some of the countries in Northern Europe which appreciated an average 4.15%, and pulled down by Japan which lost 0.08%.

Australia had the highest performance among these countries with a 5.53% return beating even the returns of iShares Emerging Market Index ETF (EEM) at 4.84%.