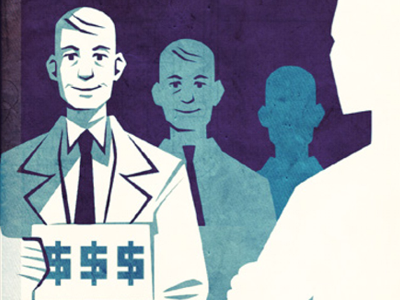 Since the Affordable Care Act (ACA) was proposed, we have been constantly hearing our health care system described as “bad,” “inefficient” and “broken.” However, the study most often used to support this naysaying is misleading.

According to the World Health Organization 2000 Statistical Report, health care in the United States would rank 37th. Although the report is more than a decade old, it has gotten a lot of press recently. We summarize the seven most interesting findings here. You can read an in-depth analysis of the report at MarottaOnMoney.com.

1. Quality of medical care is ignored when ranking a country’s health system performance. Five factors contribute to a final composite score. None of them measure quality of medical care. They are how long citizens on average live, how equal their childhood survival times are, how equal their health care expenditures are compared to their discretionary income, how much discrimination “key informants” believe there is and how much “responsiveness” key informants believe there is.

2. If you did look at the quality of medical care, the United States would likely be ranked first. The only factor that comes closest to quality of care is called “responsiveness level.” The United States ranks first in this factor that measures dignity, autonomy and confidentiality (collectively “respect for persons”) as well as prompt attention, quality of basic amenities, access to social support networks and choice of care provider (collectively “client orientation”).

3. WHO believes it is better for all outcomes to be equal than for any to be good. The “health distribution” factor measures child mortality inequality. In this score, the similarity rather than the length of survival time of children under age five is considered better. If every child died at childbirth, this formula would give that country a perfect score.

Chile ranks first even though its infant mortality rate, as reported by the study itself, is worse than that of the United States that ranks 32nd.

4. The best health care systems treat those with well-endowed genetics. Disability-adjusted life expectancy is considered the second most important factor by the WHO when considering overall health system performance. However, a healthy longevity has more to do with the population being measured than it does with the health care available.

Hospital procedures cannot overcome smoking, heavy drinking, high-calorie diets and sedentary lifestyles. Differences in the quality of health care provided are not the primary contributors to life expectancy. It has been hypothesized that good genes can overcome some bad lifestyle decisions, suggesting some groups of people may just live longer.

The top-ranking countries for life expectancy in the WHO study are Japan, Australia, France, Sweden and Spain. Likely not coincidentally, each of those countries has a high percentage of centenarians being researched for their potentially superior genetic code.

Japan has the largest percentage of centenarians located on Okinawa where these elders have both good genes and a healthy diet and lifestyle. Japan’s incidence of centenarians is over twice that of the United States.

5. When a WHO survey asks you if you discriminate, tell them you don’t. One eighth of the overall goal attainment score was based on “responsiveness distribution,” or what percentage of the people in the country “face worse health system performance” than others according to key informants and how many of those key informants agree.

Only one of the 191 countries tested received a perfect score. According to the WHO study, this perfect score suggests “complete equality” when it comes to health care treatment. The country that received this number-one ranking was the United Arab Emirates.

In other words, if the average health care expenditure is 17% of gross domestic product, Bill Gates should have to pay $630 million for his health care to make it fair. This is the method of measuring “fairness of financial contribution,” the final composite factor used in the WHO report.

The country receiving a near perfect score in this Marxist utopia was Colombia. The United States ranked 54th. The United States stands alone among developed countries. It has maintained high enough standards of freedom that it hasn’t abandoned the insurance or market methods when it comes to health care—that is, until now.

7. Finally, the media doesn’t know how to report on this WHO study. Much was made in the news of the U.S. 37th ranking, concluding, “We pay more than any other country for health care and then we only get the 37th best health care in the world.”

In other words, our financial costs (“financial fairness contribution”) and efficiency level (health system achievement per expenditure) have already been considered. To report the finding this way is like saying, “The engagement rings at Tiffany are very expensive and not everyone can afford them. We will rank Tiffany 37th because they are inefficient and expensive. We will rank Cracker Jack rings first because they are cheaply made and everyone has an equal chance of affording them.” And after the financial component pulls Tiffany down to 37th it would be like claiming, “At Tiffany you pay 10 times more than you do elsewhere, and you only get the 37th best engagement rings.”

This WHO 2000 Statistical Report was the study used to justify and promote the Affordable Care Act. It is the so-called research lurking behind politicians’ claims that our health care system is in crisis.

However, the study’s underlying assumptions, methods and goals presuppose what they conclude: all countries need to move more toward the Marxist method of funding, and overall health care quality is not as important as this agenda.