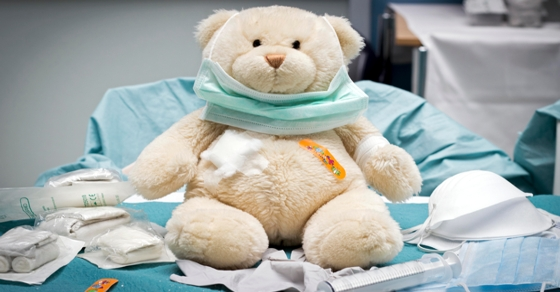 Dr. Michael Kirsch, a practicing physician and newspaper columnist, has lamented that he has difficulty answering questions about the economics of health care. Our responses to his first three questions can be found on our blog.

His fourth question strikes at the heart of the justification for Obamacare: “Why is our per capita health care cost so much higher than other nations that demonstrate superior health outcomes?”

Implicit in the question is the claim that health care quality can be judged by health outcomes. However, healthy outcomes have more to do with the population being measured than it does with the health care available.

Even highly skilled medical care cannot overcome smoking, heavy drinking, high-calorie diets and sedentary lifestyles. Differences in the quality of health care provided are not the primary contributors to life expectancy. It has been hypothesized that good genes can overcome some poor lifestyle decisions, suggesting certain groups of people may just live longer.

Japan, for example, ranks first in overall life expectancy (age 80.93), third for survival rates between the ages of 15 and 59 (85.7% survival) and tied for fifth in survival rates for children under age 5 (99% survival).

Japan’s rankings are not surprising. One of the largest groups of centenarians lives on Okinawa where these elders enjoy both good genes and a healthy diet and lifestyle. Japan has twice as many centenarians as the United States.

With all of these life expectancy differences, it is hard to say that quality of health care is the deciding factor. As economist Thomas Sowell commented, it is not that Mormons receive extraordinary medical care. They live longer because “they don’t drink, they don’t take drugs, and they don’t go around shooting one another.”

Thus casting judgments on health care quality based on health outcomes simply creates empty claims. It’s like saying, “My dog lived longer than your dog because of my care” without knowing any of the facts. Your dog could have had a congenital heart defect or cancer. No amount of attention could have overcome those realities.

Imagine judging which restaurant is the best. We could try to assemble a team of experts, but there are too many variables. You may enter some restaurants hungrier than others. Disliking the food might bias your rating. One customer might be diabetic, another allergic. And customers’ appetites might differ.

Determining to what extent a service meets your needs is even more complicated when it comes to health care. One diagnostic code might group patients into treatments of like kinds, but there is no guarantee they share the same symptoms or even the same causes.

Making this judgment across countries complicates the issue further with different languages, cultures and medical practices. Even if every country was asked to gather similar statistics, it would be impossible to ensure comparisons were valid. Consider infant mortality statistics.

U.S. doctors spare no expense trying to save infants with poor survival rates. Experts perform surgery on infants with heart defects either in utero or shortly after birth. The United States uses more neonatal intensive care units than any other country.

In some countries, those same babies would have been declared a lost cause before birth and aborted. In other countries, infants born with poor survival rates would be considered stillborn and receive no treatment to save them.

Infant mortality is just one of the many measures in which superior health care is not reflected in the statistics used to judge it. Because all of us die, discriminating between health care providers looks at the cause or the timing of death. But that means the greater number of people who die receiving care, the worse the statistics look.

Midwives frequently boast higher infant survival and lower C-section rates. But these results are skewed because midwives do not care for high-risk mothers. So which factors contribute to the statistic: low-risk pregnancies or the skill and talent of the midwife?

As a result, you cannot claim we have inferior health care because of our health outcomes. Nor can you even trust the health outcome statistics.

Economists have a different strategy of discerning which service best meets people’s needs: People vote with their feet.

When two hospitals are in the same town, the high prices of one could be descriptive of their high quality of service. However, when looking across populations, comparing New York to Virginia, for example, it becomes more difficult. The complexity increases again when you move into a cross-country analysis.

The problem with using price as a measure for quality is that proximity to a patient’s home is a highly valued trait of health care providers. Patients are willing to pay more for a local hospital, especially in urgent care situations.

In the ideal health care situations, it is easier to evaluate quality. For example, the biggest win of health care providers is someone who presents a bee sting allergy. The patient was going to die. The doctor gave the patient epinephrine. Now the patient is going to live. Inferior health outcomes in this situation may be descriptive of lower quality.

But the day-to-day experiences of health care providers are mostly efforts to regulate the dying process. Patients suffer negative effects from lifestyle decisions, and doctors are trying their hardest to eliminate the symptoms. Inferior health outcomes in this situation may be descriptive of the quality of the patients.

The care providers offer can’t be turned into a meaningful ranking or a statistic. As a result, the claim that the United States has inferior health care providers is unsupportable.