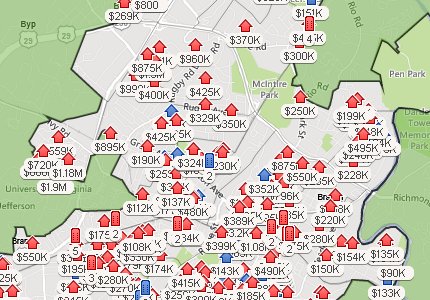 I’ve been following the real estate market for a long time. Between 2005 and 2009 I annoyed local realtors by claiming that real estate values were headed lower . It is only when house prices are low and interest rates are low, that is the best time to buy a house. Here is a list of articles I have written over the past decade along with pertinent quotes:

Real estate prices, especially residential, have been increasing for almost a decade. Real home prices have increased nearly 60% since 1996 – roughly triple that of previous housing booms in the late 1970s and 1980s. Home values may be peaking and ready to correct. …

A bubble is never known until after it has burst, and frequently a bubble continues to expand long after reason suggests it should have popped. As a result, it is impossible to predict with certainty if housing prices will drop and if so, by how much.

What can be suggested is that the housing prices boom shows signs of weakness, and that they may correct or at least under perform for the next few years. Higher interest rates will slow housing growth in 2005, but the bubble, if it is a bubble, could pop as late as 2006 or 2007.

Remember, this was written over 4 months before the financial meltdown.

Economist professors Stan Liebowitz and Ted Day criticized the program in 1998 in their article “Mortgages, Minorities, and Discrimination” in Economic Inquiry. They wrote, “After the warm and fuzzy glow of ‘flexible underwriting standards’ has worn off, we may discover that they are nothing more than standards that lead to bad loans. . . . These policies will have done a disservice to their putative beneficiaries if . . . they are dispossessed from their homes.” Unfortunately, no one ever listens to economists.

Nathan Rothschild offered the contrarian advice to “Buy when there’s blood in the streets and sell to the sound of trumpets.” It is time to consider buying residential real estate. The bottom is forming, although it may continue to do so through early 2011. …

My parents’ mortgage when I was growing up was at 4.00%. I never thought rates would get anywhere near that low again. When my wife and I bought our first home, we were able to assume a 12.5% mortgage when rates for new loans were at 18%. Today you can get a 30-year fixed mortgage with no points for as low as 5.0%. Rates are at historical lows, so the next few years are the time to take advantage of them.

There’s blood in the street, so don’t miss this opportunity to look for a great real estate deal.

It was only a few years ago that everyone was boasting about how real estate was appreciating by 1% every month. They made us feel like fools to be out of the market. With only a handful of listings out there, we were told that even if a glut of houses came on the market it would take years to satisfy the demand. But markets can turn quickly. Now we are contrarians again, looking at the trends and trying to gauge if there will be a second precipitous drop before the bottom. I don’t think so. I think that we are near the bottom and brighter days lie ahead.

In the meantime, there’s still blood in the street. Don’t miss this opportunity to look for a great real estate deal.

Now I think the time for getting a great deal buying a house is closing. Interest rates have rise as well as median house prices. I think you can still get some very attractive prices and loans, but not as good as nine months ago, and I think rates for both will only rise from here as well.

As you can see from the following charts, the time for buying is probably closing.

Here are the average home prices in Charlottesville, Richmond and Virginia. I have labeled the dates for the three dates I recommended it was not a good time to purchase:

Along with the three dates I recommended it was a good time to purchase:

As you can see, it looks like home prices in Virginia have been good since my recommendation to buy and a house and that it was still time to buy a house. But home prices are recovering and I would expect we have seen the bottom of the housing market: 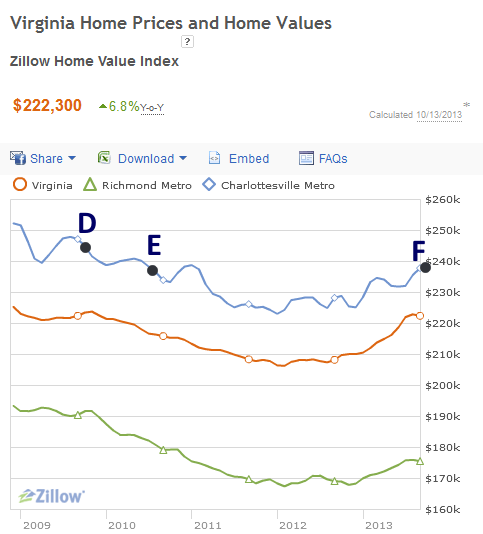 Virginia real estate into from Zillow.

You can also see that interest rates have bottomed between E and F as well: 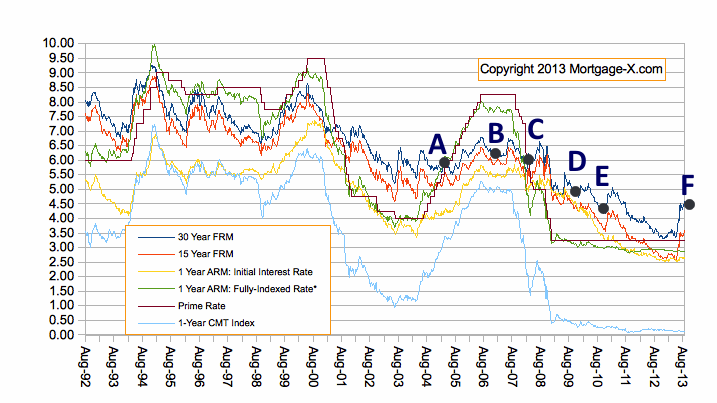 Reproduced with the permission of Mortgage-X.com

And specifically, between E and F mortgage rates have bottomed: 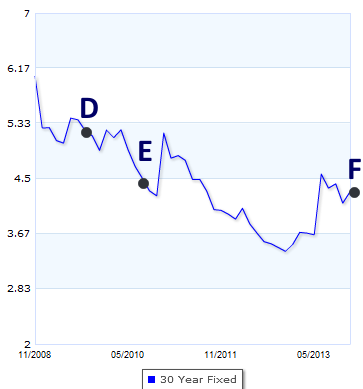 Here is the average listing price for Virginia counties:

And here is the average listing price by zip code within Albemarle county:

I expect we have seen the bottom of both the housing market and 30-year fixed interest rates. Last call on getting a great deal?