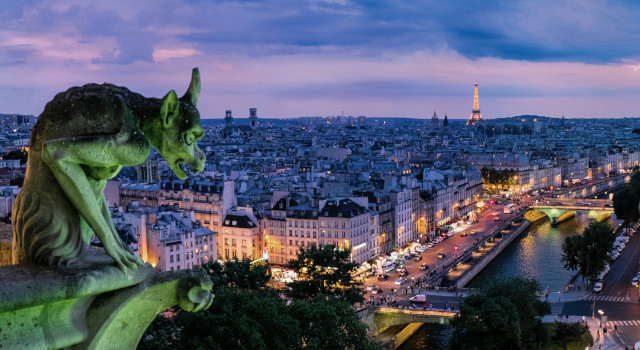 Over the past decade, the French economy has been given the kiss of death by the burden of socialist “feel-good” labor laws. The French government’s intentions were good, but cumulatively they have poisoned French entrepreneurial competitiveness and paralyzed their economic growth.

At the root of France’s lethargy are heavy governmental mandates. Soon after his 2005 appointment as Prime Minister, Dominique de Villepin summed up this fear of capitalism by imploring the French not to “resign ourselves to making our continent a vast free-trade area, governed by the rules of competition.”

French unemployment rates have exceeded 8% for twenty years. Employment regulations intended to increase employment and job security have had the exact opposite effect.

France pioneered the 35-hour workweek. The idea was to limit the number of hours per worker and thus, force companies to hire more employees. Unemployment should have disappeared overnight, but it only got worse. By law, companies must also grant 35 days of paid vacation each year.

With unemployment increasing, the French government tried to make it more difficult to fire employees. Now, firms who dismiss more than 10 employees must pay up to 9 months of severance pay and pick up the tab for job search costs and reclassification training.

A 2005 study published by the World Bank measured the business-friendliness of 155 countries around the world. France finished a sad 142nd of 155 countries due to the overall legal protections regulating the hiring and firing of workers.

The result of French labor laws has been to make doing business in France with French employees very unattractive. Even French companies have adapted by outsourcing work to lower-cost foreign companies in order to remain competitive.

After binding companies with firing restrictions and paralyzing the number of hours their employees can work, French law then drains 43% of company gross profits in taxes to fund employee healthcare, education, and retirement. France shouldn’t be surprised at 23% youth unemployment or 1.5% GDP growth. France should be surprised the economy can still twitch at all.

The United States remains in much better health because it is free of these socialist tendencies. Most job growth in America has been among small businesses with fewer than 50 employees. That should come as no surprise, since companies with 50 or fewer workers are not subject to federal employment regulations.

But the United States is not automatically exempt from misguided legislation. The recent Maryland law, which forces large companies (i.e., Wal-Mart) to contribute 8% of their gross profit for employee health benefits, is a venomous bite that will result ultimately in higher unemployment. Currently, more than 30 other state legislatures are preparing similar stings. However, labor laws camouflaged as ’employee protection’ usually result in unemployment.

After requiring 8% of profits to fund employee healthcare, why not force companies to spend 3% on employee education? Everyone should have 35 paid vacation days. Factories should fund public transportation so their workers can get to and from work. Every worker should have life insurance. Pension benefits should include long-term care insurance. Employers should provide meals for shift workers or stipends for a family’s groceries. Sick leave should be provided for those who need to take their pets to the vet.

Since the Maryland ruling, Wal-Mart has not resumed work on a large distribution center slated for Somerset County, Maryland – an area posting higher unemployment than the rest of the state. The real losers of Maryland’s business attacks will be future residents who can’t find profitable companies to employ them.

In January, the French government released its new employment plan in response to the rioting French youths who demanded a government fix to their high unemployment rates and poor public housing. In a decidedly un-French move, the new plan promises to create jobs by lightening up on the ’employee protection laws’ – which got them in this mess in the first place.

We can learn from the French that more government is the kiss of death, and real wealth is built on economic freedom.

Photo by Pedro Lastra on Unsplash