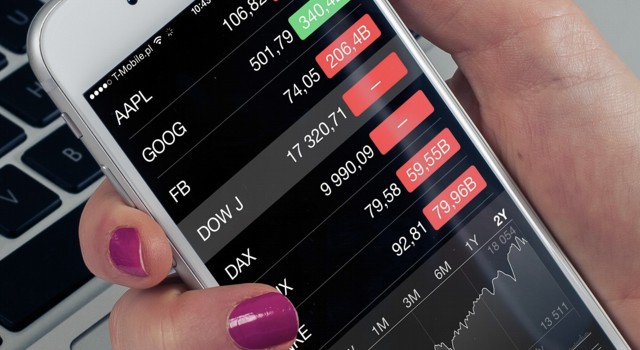 The Dow set 70 new all-time highs in 2017 and an additional 11 in January of 2018. While most investors follow the numbers from the Dow Jones Industrial Average index, they are most likely invested in funds that mimic the S&P 500. However, neither index represents a diversified portfolio. Diversified investors often see daily market returns which are very different from these indexes. Understanding just how the Dow works allows savvy investors to see past this index when evaluating the performance of their investments.

The Dow is the oldest market index still in existence. It was created on May 26, 1896, by Charles Dow, co-founder of Dow Jones & Company and The Wall-Street Journal. In the original index, Charles Dow simply picked a dozen significant stocks which represented different industries, added their prices together, and divided by 12 publishing the index in the precursor to the Wall Street Journal. Thus, the Dow Jones Industrial Average index was born, weighing in at the starting value of 40.94.

The fundamental method for computing the Dow hasn’t changed much in the last 110 years. The number of stocks in the Dow increased to 20 in 1916 and then to 30 in 1928. Today, the movement of the Dow still represents the price changes of 30 significant stocks. Of the 30 stocks in the Dow today, the only one still remaining from the original twelve is General Electric.

Sometimes, changes in the composition of the Dow adversely affect the index. At the end of 1999, the Dow changed four components at exactly the wrong time. It replaced Sears, Goodyear, Chevron, and Union Carbide with Microsoft, Intel, SBC Communications and Home Depot. As a result, the Dow did not grow with the bubble when Microsoft, Intel and SBC went up, but it did drop sharply as a result of the bear market correction in 2000 to 2002.

The Dow is not an accurate financial barometer. It is comprised of a limited number of stocks, and the movement of each stock in the Dow does not affect the index equally.

For example, if a stock which usually trades for $10 per shares goes up by $1, it has the same affect as a $100 stock that goes up $1. Thus, the percentage movement of a stock which sells for $100 per share has ten times the effect on the index as the $10 stock. If the $100 stock splits and its share price drops to $50 per share, the Dow adjusts its multiplier to negate the effect of the split. But, future price movements of that stock will have only have half of the effect that they would have had before the split.

This computation is called a “price-weighted” average. This method of computing an index might have been a good way of getting a quick handle on the markets in 1896, but it doesn’t make any sense in the 21st century.

The next bear market, which spanned 1967 to 1982, saw the market go sideways as inflation ate up more of investors’ purchasing power every year. Everything from wage controls to price controls to the 70% top marginal tax rates doomed the efforts of small businesses to generate sustainable wealth.

In 1980, Reagan was elected. Reagan, with the help of Fed Chairman Paul Volcker, broke the back of inflation by tightening the money supply and cutting the top marginal tax rate from 70% to 50%. Initially criticized as a tax cut for the rich, Reagan’s economic policy actually increased tax revenues by encouraging more Americans to take risks and to start businesses of their own. What followed was a renewed spirit of capitalism and a boom in small business growth, which then fueled a boom in the economy as a whole.

From 1982 through 1999, the Dow experienced phenomenal growth, closing at a high of 11,722.98 on January 14, 2000. This was the period when it seemed that the markets only went up, except for one year. The largest percentage drop in the Dow during the last 50 years occurred on “Black Monday” October 19, 1987, when the Dow fell 22.6%. This 508 point drop turned out to be a great buying opportunity in the middle of a long-term rally. As large a drop as it was, it was still only the second largest drop. The largest percentage drop having happened on December 12, 1914 after the market had been forcibly closed for four and a half months after the onset of World War I by William Gibbs McAdoo, the Secretary of the Treasury.

Whenever financial markets make the news headlines, it has historically been a good time to rebalance into overlooked and underloved investments. Truly diversified portfolios don’t move in sync with the Dow. They can be up when the Dow is down and vice versa. And their more consistent and less volatile returns may provide a better chance to meet your financial goals.

This article is an update of an article that was originally published October 9, 2006.

Photo by William Iven on Unsplash