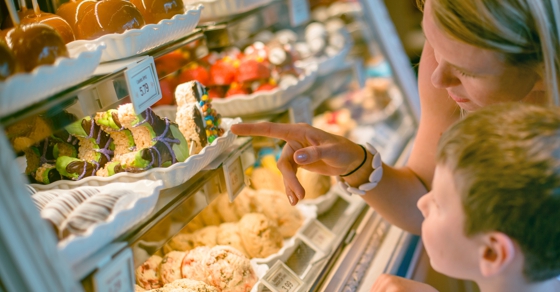 In 2007, Malcolm Gladwell, author of “Blink” and “The Tipping Point,” gave a TED talk on psychophysicist Howard Moskowitz. According to Gladwell, Moskowitz has “done as much to make Americans happy as perhaps anyone over the last twenty years.” His work and subsequent fame was in the food science industry, but his findings have ramifications for almost every aspect of life.

In the early 1970s, Pepsi hired Moskowitz to study how much aspartame (a new discovery then) would make Diet Pepsi the best tasting and most popular soda.

Gladwell says, “This was one of the most brilliant breakthroughs in all of food science.” Until that point, all the members of the food industry, from great chefs to soda tycoons, were looking for one iconic solution, the way each food should be prepared. What is the best Diet Pepsi? What is the best pickle? What is the best mustard?

Thanks to Moskowitz, we now understand variability. We now realize there isn’t just one best mustard. There are the best mustards: Dijon, yellow and honey.

In the same way, there shouldn’t be just one cancer treatment, one asset allocation or one school system. Each one depends on the inherent variability of humans and their situations.

This embracing of variability contributes to the libertarian ideology that freedom is the ability to choose as you see fit and specialization is highly desirable. Proposing one social solution creates trade-offs that leave many people’s needs unmet.

Our current administration has not yet adopted Moskowitz’s insights and does not follow these libertarian principles. Instead, they are guided by what economist Thomas Sowell calls “the Vision of the Anointed.”

They believe they are the anointed, morally superior and vastly capable compared to those they rule over, the benighted. The anointed assert there is “a need for government to drastically curtail the dangerous behavior of the many, in response to the prescient conclusions of the few.”

Furthermore, the anointed are characterized by “a disdainful dismissal of arguments to the contrary as either uninformed, irresponsible or motivated by unworthy purposes.”

They resemble the haute cuisine chef who emerges from the kitchen to inform the customer that her steak should not and will never be cooked medium well despite her personal preference. Or the wedding planner who insists that, regardless of the groom’s shellfish allergy, every wedding reception must serve lobster.

The anointed march into an industry and lob regulations, restrictions, incentives and laws to force providers and consumers into what they believe will be the one best system for all. To the anointed, government is a tool best used to conform citizens to their uniform societal ideal.

The public school system is a prime example. Were we to have freedom of education, we could offer several different educational systems each tailored to a specific type of student. Instead, education reform is constantly searching for the one best system. Reformers refuse to recognize that the only way to superior education for all is to permit multiple best systems to thrive in a free market.

In his TED talk, Gladwell claims that a brew of coffee whose goal is to make everyone happy will only get a 60% approval rating. But if people are broken up into “coffee clusters,” each with a brew designed specifically for them, the brew will get an approval rating of 78%. He says, “The difference between coffee at 60 and coffee at 78 is the difference between coffee that makes you wince and coffee that makes you deliriously happy.” Gladwell tells us, “In embracing the diversity of human beings, we will find a sure way to true happiness.”

When the anointed corral us via governmental power into one solution, many of us do more than wince. The anointed need to learn from Moskowitz about the importance of “horizontal segmentation.”

“Mustard does not exist on a hierarchy,” as Gladwell paraphrases Moskowitz’s ideas. In most cases, multiple best systems exist to meet multiple needs. A spicy mustard is not better or worse than a sweet mustard. Instead, our world is better for having the choice of either condiment.

The anointed believe their vision is the best and only way. The Affordable Care Act (ACA) is an example. When it became apparent how many plans were being canceled because they didn’t comply with ACA regulations, many anointed politicians and journalists said, “Those canceled plans are so bad that people who had them might as well have been uninsured.”

This equates to saying, “Dijon mustard is so bad, people who purchase it may as well not be purchasing mustard at all.” It completely ignores the variability and diversity of people and their situations.

Free choice in a free market allows each of us to pursue happiness. And diversity is essential to happiness.