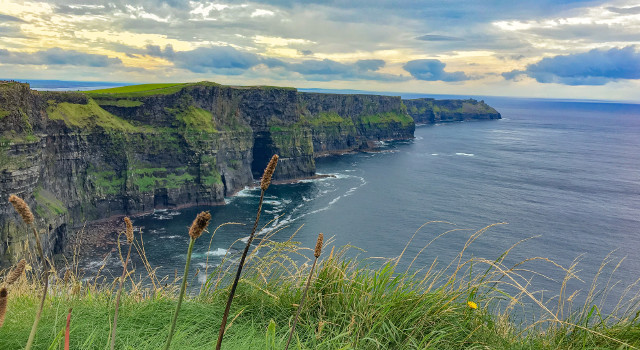 The 2007 Index of Economic Freedom produced by The Heritage Foundation/The Wall Street Journal ranks Ireland as the 7th most free economy in the world. This report observes that, “modern scholars of political economy are rediscovering the centrality of ‘free institutions’ as fundamental ingredients for rapid long-term growth. In other words, the techniques may be new, but they reaffirm the classic truths.” The Republic of Ireland and its citizens have clearly learned and benefited from the lessons of history.

The economic road traveled by Ireland is a classic example of how countries that move towards freedom by cutting taxes and reducing government experience faster rates of economic growth. Up until the 1990’s, Ireland was a nation mired in poverty with an unemployment rate approaching 20%. Annual economic growth rates prior to 1990 averaged less than 3%, and Ireland was consistently recognized as one of the poorest nations of the European Union.

Since 1990, Ireland has succeeded in transforming its economy through a series of free market and pro-business reforms. Foreign direct investment by the EU and U.S in the pharmaceutical and technology sectors helped to catalyze growth.

Ireland opened its economy by lifting import restrictions, and creating a tax-favorable business environment and a low-cost wage structure. Corporate tax rates were lowered from a high of 50% in the 1980’s to 12.5% by 2003. As a result, Ireland experienced sustained economic growth averaging 7% per year. Since then, its citizens have seen their standard of living rise to levels which, amazingly, began to exceed those of many of their Western trading partners.

From an investment standpoint, Ireland still offers the return profile of a maturing emerging market with annual growth rates of 4-5%. However, unlike the emerging market countries, Ireland does not have the usual political risks associated with emerging markets such as Thailand or Russia.

In the past year, investors have enjoyed a net one-year return of 31.2% in U.S. dollars due to the growing strength of the Irish economy, according to the MSCI/Barra Ireland Index. The returns from the past few years are also impressive. MSCI/Barra reported three- and five-year returns for the Ireland Index of 23.5% and 21.3%, respectively.

The Celtic Tiger has provided Ireland with the ability to heavily reinvest in its economy. In the past few years, Ireland has worked to modernize critical infrastructure and basic systems to support its continued growth. As a major Western European financial and industrial center, Ireland is not as reliant on the discretionary consumption habits of the U.S. consumer as some other foreign countries might be.

Investing isn’t about finding a four-leaf clover or the pot of gold at the end of the rainbow. Instead seek investment opportunities in foreign markets that rank high in economic freedom.

Evaluating your portfolio for adequate global diversification with the help of a fee-only investment advisor is an important part of an investment plan. To find a fee-only professional in your area, visit www.napfa.org.

Photo by Leighton Smith on Unsplash. This post was co-authored by Justin Harris.