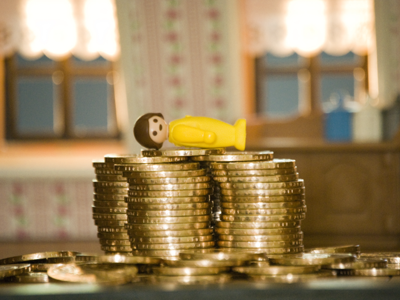 Dynasty trusts, also known as generation-skipping trusts, aren’t just for the Rockefellers and the Morgans anymore. In recent years, a few states, including Virginia, have altered their “rules against perpetuities,” allowing trusts to span multiple generations. All of this is good news for those interested in keeping wealth in the family. By allowing such dynasty trusts, a handful of states are making it easier to preserve and build family wealth for years to come. Unlike the trusts which helped John D. Rockefeller and J.P. Morgan keep their wealth in the family, this new breed of dynasty trust is not just for the mega-wealthy.

Preserving wealth from one generation to the next is a lot like trying to pass a handful of water from one person to another. Each transfer may be subject to gift taxes, estate taxes, and generation-skipping transfer taxes. More often than not, what starts out as a sizeable inheritance is quickly reduced.

One of the reasons it’s hard to preserve family wealth is because Uncle Sam makes it hard. Estate taxes limit the transfer of wealth from one generation to the next. And so, many American families find it impossible to preserve inherited wealth for more than a few generations. Andrew Carnegie observed the story of American wealth was “shirtsleeves to shirtsleeves in three generations.” By the time assets have been passed directly from grandparents to children and then on to grandchildren, most of the inheritance has been swallowed up by estate taxes.

To get around this problem, Rockefeller and Morgan hired teams of estate planning attorneys to set up trusts which would shield their assets from estate taxes for the generations to come. But for the rest of us, preserving family wealth for future generations used to be difficult, if not impossible. Until recently, many states prohibited trusts from existing in perpetuity. With a limited life span, these trusts funded by family inheritances were subject to termination after one or two generations, and then were drained by taxes.

Most of us aren’t close to having the wealth of the Rockefellers or Morgans. Nevertheless, many of us stand to receive only a fraction of our inheritance, with the rest going to pay estate taxes. For 2007 and 2008, taxes on estates over $2 million quickly climb into the top marginal estate tax rate of 45 percent. At that rate, you or your heirs may receive little more than 55 cents on every dollar of inherited wealth.

Passing wealth directly to grandchildren is even more difficult. In order to limit the amount of money passed from one generation to the next, Uncle Sam began imposing generation-skipping transfer taxes in 1976. By making a large bequest to your grandchildren, your gift could easily be reduced by estate taxes plus generation-skipping transfer taxes which are currently equal to the highest marginal estate tax rate of 45 percent. After paying both sets of taxes, your grandchildren may be left with less than 25 cents for every dollar of their inheritance!

Creating a dynasty trust can protect your family from the estate taxes which siphon off wealth when assets are passed from one generation to the next. Unlike the Rockefellers and Morgans, you won’t need to employ the best lawyers money can buy in order to establish a dynasty trust. But that’s not to say that you won’t need good legal help.

A dynasty trust is a trust created specifically for the benefit of your family for generations to come. Once assets are placed in trust, they are then shielded for life from estate taxes. Placing money in a trust with a long lifespan will also allow you to harness the full power of compounding interest.

Imagine that you fund a dynasty trust for $1 million. Assuming an average return of 11% and a withdrawal rate of 3% annually, your money should double every 9 years. After two generations, the trust should be worth $42 million. After 100 years, the trust would be worth close to $1.8 billion.

Dynasty trusts are growing in popularity, not only because of their estate tax savings, but also because of the provisions which protect the trust from creditors and divorced spouses.

Despite its many benefits, creating a dynasty trust requires stepping through a minefield of potential tax traps, including the gift tax, estate tax, and the generation-skipping transfer tax.

For example, a gift over $1 million to the trust may make you liable for gift taxes. And, if you make a testamentary gift to a dynasty trust, your estate may be subject to estate taxes. Regardless of whether you fund the trust now or later, you may also have to pay a penalty tax known as the generation-skipping transfer tax. The generation-skipping transfer tax is levied on bequests greater than $2 million ($4 million per couple), and to avoid it will require some careful planning.

Without the use of an estate plan, passing wealth directly from one generation to the next will exhaust an inheritance after just two or three generations of estate taxes. Using a dynasty trust can help preserve and build family wealth for generations to come. A good estate plan is just one part of a sound wealth management plan. To find a fee-only financial planner in your area who can work closely with you and your estate planning attorney visit www.napfa.org.