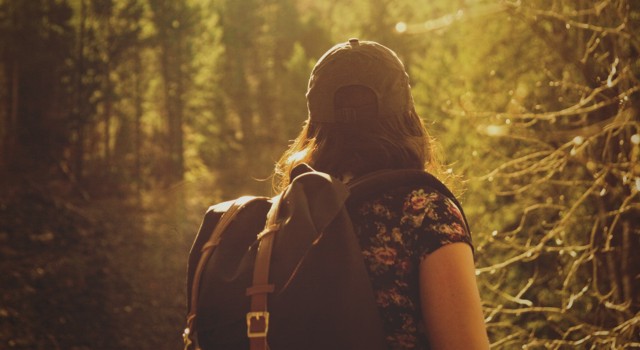 Each year, the nonpartisan Tax Foundation based in Washington, D.C., measures the tax burden on Americans and calculates what day is Tax Freedom Day. Tax Freedom Day is a measurement of “how long Americans as a whole have to work in order to pay the nation’s tax burden.” This year, we celebrate Tax Freedom Day today on Tuesday, April 16, 2019.

Today is the day we stop working for the government and start working for ourselves. For the average workers, all of our earnings for the first 105 days of the year went to pay federal, state, and local taxes. Starting today, April 16, we are free at last to take care of our own family’s needs.

It is a coincidence that this year Tax Freedom Day falls just one day after the tax filing deadline. This year’s federal Tax Freedom Day comes eight days earlier than it did in 2015.

On average, taxes take nearly 29% of a worker’s gross income: 19% for federal taxes and 10% for state and local taxes. For every eight-hour day, 2 hours and 19 minutes of our labor is spent paying taxes. Without taxes, you could leave your job at 2:41 p.m every day.

Only since 1992 have Americans paid more for government programs than we spend on food, clothing, and medical care combined. For the amount of money we pay in taxes, the federal government could provide universal health coverage in addition to feeding and clothing us.

Most non-economists vastly underestimate the negative impact of taxes on the U.S. economy.

The estimated cost of individual income tax return compliance is about 2.6 billion hours spent plus an additional $33.6 billion paid. Many tax questions cannot be answered by the tax law and have to be settled in court decisions. Other portions of the law have no answers because they have never been adjudicated. All told there are over 70,000 pages of reference material that might need to be referenced to comply with the law.

Democrats have been agitating for President Trump to release his taxes. But they repeatedly refuse to release their own . I don’t blame any of them. Liberals argue that we have a right to privacy on many personal matters. The government has no business asking us to report to them what we do as consenting adults. Libertarians don’t understand why our right to privacy doesn’t also extent to what economic exchanges go on between consenting adults. Our business ought to remain our own business. If it weren’t for the Sixteenth Amendment to the Constitution passed in 1909, we would be able to keep the economics of our income private even from the Internal Revenue Service (IRS).

One entrepreneur may evaluate investing $500,000 into a business believing that they can earn $100,000 in profit. If they are subject to a 10% tax rate they will net $90,000 and receive an 18% return on their $500,000 investment. Another entrepreneur might be subject to a 50% tax rate netting only $50,000 or a 10% return on their investment. Anyone subject to a high tax rate because they own other businesses have a disincentive to start new ones. Alas, successful entrepreneurs are exactly the people who society would benefit from starting new businesses, but our progressive tax code destroys economic incentives and causes productive people to “go John Galt.”

Taxes encourage every American to do things themselves, outside of the taxable economy, even if specializing and working together would mean greater productivity. Let’s assume that you are able to charge $150 an hour for your skills. Furthermore there is some task that you could do for yourself but it would take you an hour. A more competent person could complete the task quickly and would only charge you $100. This textbook case of economics would suggest that your voluntary exchange of $100 in order to save an hour of your time benefits both parties. But if the government taxes you at a rate of 50%, you would have to earn $200 just to have enough money after taxes to hire the professional.

If you paid your spouse to cook, clean, pay the bills, and care for the children, those payments would be taxable income and the burden of taxation would vastly increase your family’s costs. But any work done for yourself outside of the taxable economy is freed from this tax burden. Currently the tax hurdle means that outsourcing some task that others do better than you only benefits society to the extent that the benefit exceeds the tax hurdle. The higher a family’s tax burden, the greater lost opportunity costs. As we approach higher marginal tax rates, we stifle more economic activity. Imagine what economic boom we might have if a greater percent of economic employment was freed.

Presidents Kennedy and Reagan understood the benefit of lower taxes. In 1964, Kennedy reduced the top marginal tax rate from 91% to 70% and, to many people’s surprise, tax revenues increased. Seventeen years later, the Reagan tax cuts reduced the top marginal rate from 70% to 50%. Again, revenues soared. Between 1980 and 1997, the share of federal income taxes paid by the top 1% rose from 19% to 33%. The share of taxes paid by the top 25% increased from 73% to 82%.

Now, the top 1% pays more in taxes than the bottom 90% combined. The top 1% pays 37.3% of the taxes in the United States while the bottom 90 percent paid just 30.5%. The top half of taxpayers pay 97% of the income taxes, meaning the bottom half pays just 3%. These two statistics have increased despite all the complaints that tax cuts favor the rich.

Economists understand that the optimum rate of income taxation is zero. If you can’t tax zero, the ideal is as low as possible. In contrast, many Americans seem to believe that tax rates should be increasingly punitive. One notable exception is Alaska, where Tax Freedom Day arrived weeks ago on March 25.

Low taxes should not be a political issue that divides us. Every American should agree with the goal of keeping taxes as low as possible. In the 2018 mid-term elections, many of the Democrats elected were socially progressive and fiscally conservative adding members to the Blue Dog Democrat Coalition. Unfortunately no one from this coalition is running for White House. And no candidate is willing to say that we have more than enough money, we simply spend it unwisely. We need a candidate more like John F. Kennedy who contended, “An economy hampered by restrictive tax rates will never produce enough revenues to balance our budget–just as it will never produce enough jobs or profits.”

Photo by Micah Hallahan on Unsplash