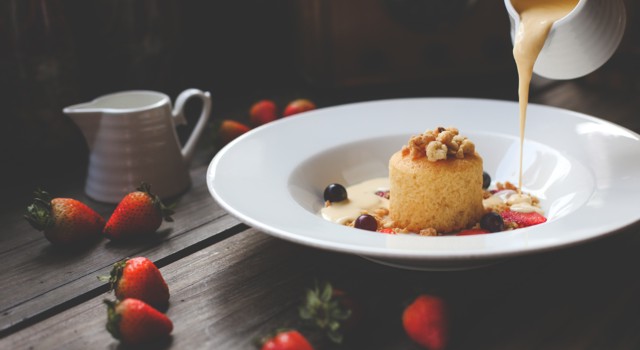 A backdoor Roth is a technique for people with a high income to put money into a Roth account.

In this way, a total IRA conversion of all nondeductible contributions is equivalent to funding your Roth IRA directly in the first place. That is why the strategy is called a backdoor Roth.

If you have an IRA balance, however, the strategy is not so cleanly implemented. IRS rules require that a portion of each distribution be composed of both nondeductible and traditional balances. Only the nondeductible portion escapes taxation.

You are required to prorate distributions as though all of your IRAs are mixed together and calculate which part is traditional and which part is nondeductible. The analogy is: Like you can’t take a sip of your coffee without getting part coffee and part cream so too you can’t withdraw from your IRA assets without getting part traditional and part nondeductible.

Along these lines, I received the following question:

We are above the MAGI limits for a direct Roth contribution. We have no traditional IRA assets now, but do have large employer sponsored retirement accounts. We want to rollover our employer accounts into traditional IRAs so we can pursue conversion strategies later.

Is there a way we can do the backdoor Roth and IRA Rollover in the same year without having to incur a carryforward nondeductible basis?

This person has no IRA balance, but is about to get one with an IRA Rollover. So the question is one of timing: can they do the IRA Rollover in the same year as but after a backdoor Roth so that their cream and coffee never mix?

On Form 8606, the primary calculation of what percentage will be nontaxable is on line 10. On this line, you divide Line 5’s total nondeductible basis as of December 31 by Line 9’s total traditional IRA balance.

The tax year 2018 Form 8606 uses the sum of the following lines as the total nondeductible basis:

In this way, total nondeductible basis is what nondeductible basis you had for the tax year on December 31st of that year. Contributions made for 2018 tax year during the 2019 grace period are not utilized in calculating the nontaxable portion until your 2019 tax return.

The tax year 2018 Form 8606 uses the sum of the following three lines as the traditional IRA balance:

In this way, your traditional IRA balance for the tax year is a reconstituted IRA value as of on December 31st of that year.

Thus, any actions you take throughout the year will be mixed together, coffee and cream, and evaluated as a whole. Thus, the answer to the question is: No, there is not a way you can do a backdoor Roth and IRA Rollover in the same tax year without mixing nondeductible and traditional.

If you were to do a $6,000 nondeductible contribution and total Roth conversion through your empty IRA (called a backdoor Roth) in May 2019 and then complete an IRA Rollover of $1M in December 2019, you would have a portion of your backdoor Roth that is taxable. Here’s the math:

Although this seems unfair, I believe the IRS uses the reconstituted end of year December 31st value because of how IRA Rollovers are allowed to work.

The most common (and best way) to perform an IRA Rollover is via a trustee-to-trustee transfer where the funds move directly from one account to the other without the retirement account owner ever having control of the funds. This IRA Rollover process, when performed correctly, is not a taxable event.

The alternative to a trustee-to-trustee transfer is riddled with many rules and potential landmines, but it is still allowed. The alternative, simply referred to as a rollover contribution by the IRS, is where one account distributes a check worth the value of all the assets. Then, within the allowed time period of 60 days, the account owner deposits the money back into a retirement account. When done correctly, this is also not a taxable event, although there are many ways to accidentally make it one.

Because you are allowed to take your retirement plan to cash on a check, temporarily emptying your account, before putting the money back in, the nondeductible contribution rules have to be able to prevent you from doing this in order to avoid the coffee and cream rule. Thus, the nondeductible contribution rules ignore the reality of the situation (Was there a zero balance when you contributed?) and instead focus on the big picture via a reconstituted December 31st IRA balance.

If you are doing the IRA Rollover in order to convert, you can rollover each year only the amount you are going to convert without upsetting your backdoor Roth. You will be converting both coffee-and-cream each year, but each year you will do a total conversion of the account and thus not have a Form 8606 Line 14 carryforward nondeductible basis. In this way, you still get the full benefit of the backdoor Roth.

How quickly are you going to convert all of your IRAs? The faster you are going to get your entire traditional IRA balance into a Roth IRA, where it will never be taxed again, the better candidate you are for backdoor Roths while you have a balance.

How much are your pre-tax IRAs worth? If you contribute and convert only $6,000 each year but you have $1 million of pre-tax IRA assets, then you’re not as good of a candidate for backdoor Roths.

There are many ways to answer these three questions and, thus, many scenarios where backdoor Roths are and are not a good idea. However, knowing that the investment growth can dilute the benefit can help you determine if you are a good candidate for this technique.