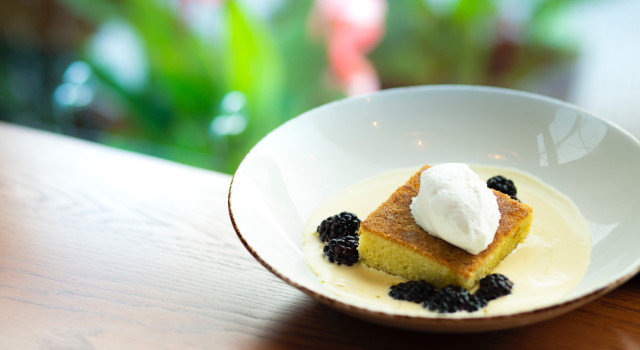 If you distribute from an IRA while you have a nondeductible basis, you are required to calculate which part of the distribution is traditional (pre-tax) and which part is nondeductible (post-tax) by prorating your distribution as though all of your IRAs are mixed together. The analogy is: Like you can’t take a sip of your coffee without getting part coffee and part cream so too you can’t withdraw from your IRA assets without getting part traditional and part nondeductible.

Only the nondeductible portion escapes taxation.

That’s the question I recently received from a reader. They write:

Thanks for your article published on Apr 15, 2019 on backdoor Roth and IRA rollover. It is very helpful to get a grasp of the IRS form 8606. I have a similar but a little different scenario compared to what you have written. The case is as the following:

Assume I have only one traditional IRA. At the beginning of 2019, I have pre-tax in that IRA of $20,000 and no nondeductible basis.

This is such a great question!

The tax year 2018 Form 8606 uses the sum of the following three lines as the traditional IRA balance:

In this way, your traditional IRA balance for the tax year is a reconstituted IRA value as of December 31st of that year.

However, you can see explicitly that Line 7 excludes rollovers from the calculation. The form’s instructions clarify this further, saying:

Don’t include any of the following on line 7:

The first of these two bullet points is unhelpful to protecting the backdoor Roth. Rolling funds into a traditional, SEP, or SIMPLE IRA or taking your IRA to cash in a risky outstanding rollover contribution would still be included in “the value of all your traditional, SEP, and SIMPLE IRAs as of December 31, 2018, plus any outstanding rollovers” on line 6. Thus, excluding it from Line 7 is necessary to make it not double counted but unhelpful in protecting your backdoor Roth.

As a result, rolling your funds into a qualified retirement plan would indeed protect your backdoor Roth.

Following the reader’s example, the math would work out like this:

Thus, the Line 9 reconstituted IRA value divisor is $6,000 and the Line 5 basis numerator is also $6,000, making the percentage nondeductible and thus 100% nontaxable for a clean backdoor Roth.

In the reader’s example, they did a backdoor Roth through an empty IRA, having rolled the funds into their 401(k) in September and then making the backdoor Roth contribution in October. Interestingly, the math is the same if these two distributions happen in reverse. The IRS does not care about which month of the tax year the contributions or distributions occur. Any ordering of nondeductible contribution, conversion, and rollover — assuming the values are the same — would result in the same math on Form 8606.

It is worth noting though that if you perform the contribution before you perform the reverse rollover, you could make your IRA assets ineligible from being rolled into your employer’s qualified retirement plan.

It used to be that only an IRA Rollover could be rolled into a qualified retirement plan, such as 401(k) or 403(b). Later, the IRS loosened their rules and now allow any traditional IRA to be rolled into a qualified retirement plan (see the IRS Rollover chart here ). However, many employer retirement plan documents still have specific language that only allows their employer plans to accept money from a previous employer plan. With that language, the employer might not accept your contributory or commingled IRA assets even if the IRS wouldn’t have a problem with the transfer. For this reason, it is best practice to keep your IRA Rollover and IRA Contributory funds separate.

If you ever contribute to an IRA Rollover for any reason such as nondeductible IRA funding, Roth conversion, or consolidating two IRAs together, the Rollover IRA becomes a normal traditional IRA and you may lose the option of rolling it into an employer plan in the future.

If your employer has an updated plan document and does permit roll-ins of traditional contributory IRA assets, then you may be able to do a reverse rollover regardless of if you’ve already flowed a backdoor Roth through the account. However, if you rollover some or all of your nondeductible basis, you could find yourself in a new problem.

In this example, the Form 8606 math would work out like this:

Line 10 is then “Divide Line 5 by Line 9” or $12,000 / $0. However, you cannot divide by zero, because there is no resulting number from attempting to do so. All answers (100%, 0%, and every number in between) would be incorrect on Line 10 as math cannot compute a number when you attempt to divide by zero.

Turning to the Form 8606 instructions for help on lines 9 or 10 is sadly disappointing. No instructions exist for these two lines. As far as I know, the IRS has no answer as to what you should do in response to this predicament.

On many websites throughout the Internet, you can find people who say things like “IRA basis cannot be rolled into a 401(k) plan.” Although I cannot find IRS nor U.S. Code confirmation of this principle, the way Form 8606 works is certainly a large deterrent to ever making this mistake.

401(k)-to-IRA and IRA-to-401(k) rollovers can be very complicated to get right. Be bold in asking for assistance. It can save you a lot of time, headache, and money if you do it right on the first try.

We are here to help. Give us a call to get started as a client today.

Photo by Jesse Ballantyne on Unsplash