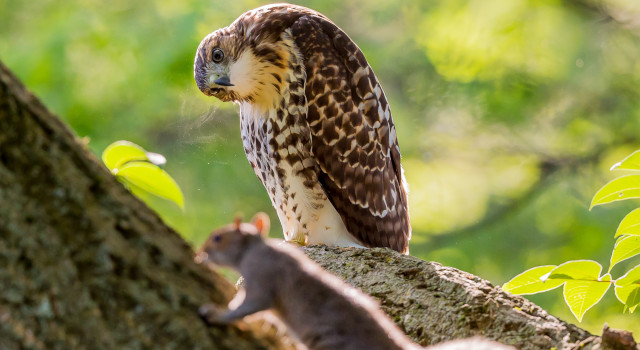 In the commission-based world of financial services, employees are often only given a small base salary. The bulk of their compensation then comes from commission-based activity. Proponents of this model would argue that incentives matter and that compensation should be based on merit. This method of compensation is often referred to as the “eat-what-you-kill” model of employee compensation because your take home pay is dependent on how much you can convince your customers to spend.

Incentives do matter, and commission-based incentives are excellent at maximizing revenue to the parent company. By paying an upfront commission to the sales person, the company gains a much larger long-term revenue stream.

The term eat-what-you-kill began with law firms whose associates were rewarded in direct proportion to the revenue they generated for the firm.

Incentive-based pay is a powerful motivator, but if incentives are measured by simplistic measures, employees will maximize whatever is measured rather than what is desired.

1. It assumes the primacy of maximizing revenue.

It assumes that other goals are subordinate to revenue or that a smart employee will be wise enough to understand how other goals impact long-term revenue. Under this view, client retention and advisor reputation are important primarily because they impact marketing and prospecting, client service is important primarily to retain the revenue stream from those clients, and other items are not as important.

Even if you wanted to have your employees put something else first, such as the fiduciary duty, it would be difficult under commissions as you would be fighting against your own pay model. The misplaced incentives will push the fiduciary duty to be interpreted as rules that limit how far you can go when seeking to maximize revenue rather than as the guiding principle it should be.

2. It pushes advisors to be disingenuous.

Since clients want an advisor like them and will often drop an advisor who doesn’t share their values. Salesmen then mislead clients into thinking that their values are shared or do whatever it takes to avoid talking about trigger points such as politics or religion.

Commission-based advisors often seek to manufacture or emphasize whatever shared values or interests they can. A commission-based incentive plan exacerbates this problem by tying an advisor’s pay directly to an ingratiating and disingenuous conversation.

The duty of a fiduciary is to do whatever the client would do if they had our time and expertise. Sometimes clients are tempted to make a big mistake specifically because they do not understand financial planning or investment management well enough. If the mistake doesn’t affect an advisor’s commissions, many advisors will simply do what the client wants.

4. Clients are organized into revenue silos owned and managed by a single advisor.

As you might expect under this model, large clients are gathered, horded, and defended by the top-producing advisors. This is true even if they might be better served by other staff members’ expertise. Top-producing commission-based advisors are often much better at prospecting and sales than they are at comprehensive financial planning. Similarly, the most competent advisors have no incentive to serve or assist clients in another advisor’s revenue-silo.

5. Priority is placed on getting new clients rather than servicing existing ones.

Since larger commissions are often paid for new business, a commission-based environment often prioritizes getting new clients rather than servicing existing ones.

6. It too often sells products with financial hooks.

Commission-based sales organizations often evolve into businesses bent on protecting their trailing revenue streams. These organizations will institute financial hooks or other techniques that make it difficult or impossible for a client to exit an investment product they regret and invest their assets in something else.

7. It too often limits or eliminates very good options.

Since the commission-based world incentivizes promoting certain products, its sales force has to be able to sincerely sell those products as the best option. At places like Morgan Stanley, they simply remove Vanguard mutual funds from their platform so that advisors don’t have a conflict between recommending what might be considered the better Vanguard funds or the funds that will generate the biggest fee incentives for Morgan Stanley. Other firms such as Ameriprise have similar concepts regarding “shelf space,” “starting point list,” or “distribution support relationships” to highlight products that produce the most revenue and hide what might be better investment choices for consumers.

8. Staff is added to support the successful hunters.

As top-producing advisors gather more work than they can handle, staff is added to assist the hunter’s workload. There is little or no strategic hiring to build a stronger firm. Hiring supports the best commission-based hunters by providing them with staff to whom they can delegate tasks. Smart hunters might try to build a better model in their underlying staff, but the incentives of commission-based revenue acts like a strong rubber band to pull a firm’s culture back into the eat-what-you-kill model.

An eat-what-you-kill environment caters to top producers at the expense of marginalizing support staff. Even the term “support staff” suggests that their role in the organization is to support the real stars of the organization. Staff end up doing work not because it is their specialty, but because the primary hunter doesn’t have time for it. The hunter exclusively maintains the client relationship because they are protecting their kill and the accompanying revenue stream from poachers.

The initial strategy of a financial start-up is often to generate revenue as quickly as possible in order to become a viable business. Initially, you do most of the work yourself and keep costs to an absolute minimum. But as a firm grows the most successful strategy changes. What worked at one size firm doesn’t work as well as a firm grows and evolves. With one or two advisors dividing the work, each advisor can keep information to themselves. But with an ensemble team supporting clients, the workflows, procedures, and documentation for other advisors becomes critical to the collaborative process. An eat-what-you-kill mentality limits even very large organizations from embracing an ensemble team approach as each new hire has to reinvent a revenue stream.

11. It warps the decisions regarding adding new advisors.

New advisors have to be able to prove themselves by gathering new clients rather than by providing excellent service to existing clients. Hiring decisions may be decided more on what book of business the new advisor can bring with them than the qualification of the advisor themselves. If the advisor doesn’t have a book of business, they may be evaluated on the potential book of business that they could easily solicit. Alternately, if much of their pay is dependent on sales, the organization may hire anyone willing to try their hand at commission-based sales and let the job decide for them which salespeople will survive.

12. It discourages oversight and supervision of advisors.

A sales culture can rely on the compensation system to drive incompetent advisors out of the organization. Advisors will either figure it out or they won’t be able to earn a living. Many consumers believe that accountability is better at a large organization, but some large organizations fail to have policies and procedures in place to adequately oversee their advisors because they are counting on the compensation model (client revenue) to do it for them.

Since advisors are paid more for gathering a commission-based revenue, advisors with an affluent network thrive. Younger advisors, even those who may have excellent technical training, won’t have the advantage of affluent friends and family for potential sales. As a result younger advisors may be hired for the wrong reasons or they may not be highly valued after they are hired.

The latest CFP Board Report highlights a paper entitled “Racial Diversity in Financial Planning: Where We Are and Where We Must Go ” which found that:

A consistently asked interview question for planners and prospects has been, “How many people with investable assets do you know?” Hiring professionals also acknowledged that firms want prospects with a list of well-to-do potential clients including family members and friends of family.

Evaluating potential advisors based on how many people with investable assets they know is a terrible way to evaluate new hires. Having such a sales-oriented culture naturally results in a bias against people of color. And such a culture is near impossible to recover from.

15. It causes advisors to underestimate the cost that clients pay.

One study found that advisors thought that their total fees were less than 1.5 percent on any given account, but the reality was actually 30 basis points higher. Commission-based advisors are paid a small commission on client product sales only to encourage a much larger commission which will be earned by the corporation. It is nearly impossible for advisors to correctly assess all of the hidden fees and expenses associated with the commission-based sales environment. And it is in the corporation’s best interests to keep that information from both consumers as well as its own sales force.

16. It causes advisors to underestimate the harm caused by these incentives.

No one wants to believe that the firm that they are working for has a warped incentive structure that is negatively influencing the culture of their work environment and gradually warping their own character. From my perspective, advisors in these environments are too comfortable with the status quo and unwilling to consider the harm that stems from these incentives. Their amiable agreeableness dismisses articles like this one as “unfair” and “too harsh” even though the commission-based model is flat out illegal in several other countries.

For all of these reasons and more, I do not recommend taking a job as a commission-based salesmen at any so-called advisory firm. It will affect your character and thus your destiny.

Photo by David Morris on Unsplash