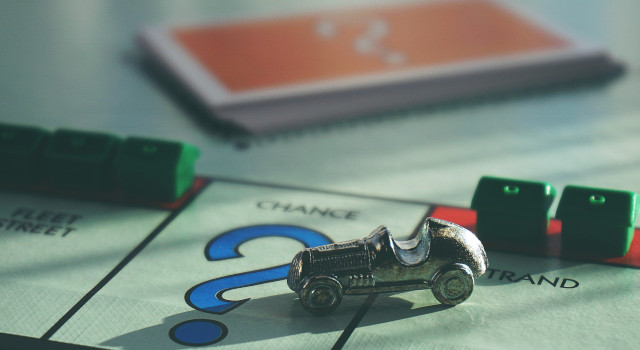 In general, going into debt is a stressful move. It is rarely a wise decision.

Most debt should be avoided entirely, and there does not exist a good reason to get it. For example, credit card debt is terrible. Each month you fail to pay off your credit card balance, you subject all your past and future spending to exorbitant interest rates of 18% or higher. To a financial planner, credit card debt is like having a cluster of thousands of baby spiders crawling on your body and under your clothes: You cannot act fast enough and there is no amount of modesty worth leaving the situation unresolved.

Student loans, while annoying, can be managed to your advantage because of their low or subsidized interest rates and long 10-year duration. Although many are anxious to leave student loans behind, often the best way to accomplish this is to pay the minimum and start saving and investing toward your future financial security.

Mortgages are the best of all loans. Most Americans have a home mortgage. The rich often have two. With a 30-year fixed and often low interest rate which is tied to a house which generally appreciates with inflation, paying your mortgage back as slowly as possible is normally a smart strategy for generating wealth.

Other loans and especially short-term loans are more questionable. In general, if you cannot afford to pay for something out of pocket, you should not get a loan to purchase it. For this reason, home improvement loans, personal loans, paycheck loans, or even short-term business loans should generally be avoided. The only way to get rid of consumer debt like this is to stop borrowing money. There are many excuses or objections, but if you don’t have the money to pay for it then you shouldn’t buy it.

However, what if you do have the money to pay for it? What financing options is best for you then? I recently received the following question:

My old car just broke. I have enough money saved to purchase another car for my family. Should I liquidate some of my investments to buy it or should I stay invested and get a car loan?

Once again, if you don’t have enough money to buy a car without a loan, you should either not buy one or buy a cheaper car. New cars lose $3,000 to $4,000 of their value each year during the first several years of ownership. All cars depreciate rapidly. If you can afford making the car payment to the dealer, then you can afford to pay yourself instead and start to build up invested savings. Saving and investing will always win mathematically in this scenario. See if you can go without or make do with less.

In this question however, the person has enough money saved. The option here is between liquidating your invested assets to buy a car outright or keeping your assets invested and getting a car loan. This answer is not as easy.

Over very long time periods the markets have seen average historical annual growth rates that are significantly higher than the average car loan interest rate. The problem lies in the fact that car loans do not have a long duration.

A typical car loan is a 48-month loan. With only a 4-year time horizon for investing, the comparison is between the average return for short-term investing and the car loan’s interest rate. The shorter the investing duration, the more volatile the return numbers are.

At such a short time period, many 4-year returns are negative.

At only 4 years, it’s anyone’s guess what rate of return you’ll experience.

Normally, in financial planning, we accept a success rate of higher than 80% as sufficient success. For example, if 80% of the time, you will have enough money to make it to life expectancy, this would be considered a retirement planning success.

At a 70% rate of success, this is would be a risky but doable venture. You might make it out ahead. In fact, historically, your odds are better to to make it out ahead getting the car loan and staying invested than buying the car out right. However, you also might lose money.

If you have a lot saved and a lot of margin in your budget, then you are poised to be able to take such risks without jeopardizing your retirement. If you have very little saved and are living closer to the edge of your means, then you are potentially in danger of a financial shock disrupting your finances and sending you into debt.

There is no easy answer to this question.

You can go back and forth like this forever.

Although I am very willing to take calculated risks with stock investments, I am a risk-adverse person in general. If I were answering this question for myself, I would honestly ask myself, “Why risk it?”

In my own life, getting a car loan comes with the added stress of additional paperwork at purchase, getting my credit unlocked for them, and making monthly car payments for four years. There is also potential additional headache in the event that my car is totaled, damaged, or in need of major repairs, because I don’t own it outright. I also have never gotten a car loan before, so there is the general feeling of the unknown that will creep into my life.

Furthermore, if something does happen that changes my financial situation such as a loss of income or health event, I would prefer not to have the debt payments on top of everything else. Without the debt, I can simply downsize and restructure my spending to fit in my new means as best as I can without having to worry about ridding myself of a perfectly fine car.

For these reasons, I would not risk it. The additional stress on my life plus the only moderate chance of success means I would just pay for the car outright. In fact, that is what I did when I recently bought my new-to-me used car.

However, I would understand if someone swung the other way and went for it. Others can tolerate more stress and risk than I can.

Another way to think about it is what would you have to be paid in order to sink all the hassle of setting up and maintaining a loan?

If you had an 8% return on the investments, at the end of 48 months you would have $819 in the bank account after paying off your loan. This advantage of $819 over having bought the car outright. If we divide by the 48 months you made payments, that is an advantage of $17.07 per month. Would you be willing to endure the hassle for $17.07 per month? (Only 67.40% of rolling 4-year returns are this good or better.)

These stress tests reveal to me that it is not worth it to me. It might be worth it to you. With these moderate interest rates, the only clearly wrong decision in my view is buying a car on loan because you cannot afford it outright.

If you can afford it outright, then let your risk tolerance be your guide.

Photo by Suzy Hazelwood from Pexels