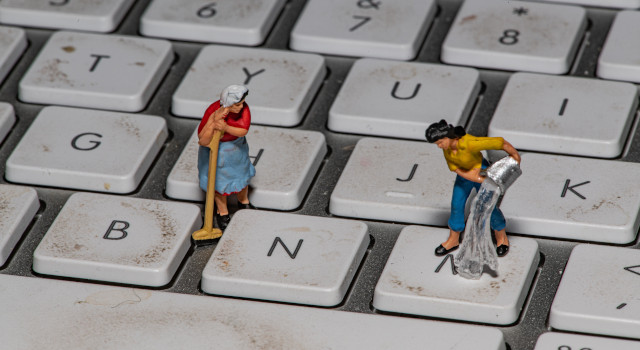 None of us can anticipate all of our expenses. Every stage of life brings a whole new set of unanticipated needs. Even after identifying every outflow you think you might have, there will still be significant unexpected costs. For this reason, we recommend constantly budgeting for financial surprises in an Unknown Budget.

That being said, there are several large expenses which can be anticipated and prepared for even though they are irregular and the timing of them unpredictable.

In 2015, the PEW Charitable Trust analyzed the frequency and impact of household financial shocks . Among households surveyed, 24% stated that, “A person in the household brought in less income than expected due to unemployment, a pay cut, or reduced hours” during the past 12 months.

This financial shock of a pay cut includes anyone in the household suddenly bringing in less income than expected. This could happen because of unemployment, a pay cut, reduced hours, being unable to work due to injury or illness, lower commission income, seasonal work or many other factors.

Although many of these events are outside of your control, there are still steps you can take to protect yourself from this financial shock.

One reason for pay cuts (or budget surges) is having children. Before children, income often abundantly covers expenses. But expenses multiply once you have children. At the same time as new expenses hit, one spouse might need or want to cut back his or her hours to care for the children.

Even if children are a long ways off, we would suggest saving and investing the entire income of the spouse who may ultimately be staying home with the children. If you both plan on working, day care may cost much more than you would think. In Charlottesville, day care can cost $1,125 per month or $13,500 per year. If you intend to have children, you should set aside and save this much in order to set your lifestyle at a level that can be maintained once you have children.

Modigliani won the Nobel Prize for economics for his work analyzing family finances. He showed that before having children is both the easiest time to save and the most economically effective because of the extra time for investments to compound.

If you have an insecure job or earn money based on commission, set your budget based on the base salary or at least based on a salary that represents the minimum commission ever earned. This advice may result in your family living a more frugal lifestyle than is strictly necessary, but a frugal lifestyle is the most important component to building significant wealth. By earning commissions above and beyond your budgeted lifestyle, you will make faster progress toward saving and investing and therefore financial freedom.

Similarly, if you receive a variable annual bonus, we would suggest setting your budget with the assumption that you will not receive any bonus. Bonuses are completely discretionary. If there is a downturn in the company’s business, a recession, or a change of heart by management, you can easily find yourself receiving less or none of what you expected. It is fun to anticipate great future windfalls. But it is prudent not to count your chickens until they have hatched.

In some industries, workers are paid in huge sums at a time. Acting, for example, provides a particularly difficult budgeting challenge. The actor waiting tables while waiting for their big break is stereotypical for a reason. After a successful movie, the actor receives a massive windfall, but it is common to go a long time until the next paying role. During that waiting time, it may be difficult to return to waiting tables.

In this scenario, set your budget on the salary you receive for waiting tables or even lower at the minimum that you need to run your life. A single windfall should not move that number significantly. The more frugal your lifestyle the longer you can follow your dreams without needing to pursue a more practical vocation. When you do receive the large windfall, you need to know how it should and shouldn’t effect your lifestyle.

Once the commission, bonus, royalty payment, or some other large windfall arrives, we still would not recommend spending all of it. Put most of it in savings. Pretend that this could be the only such windfall you will ever receive. How should a one-time windfall effect your standard of living?

In “Save 97 Percent of Any Windfall,” David writes:

Either of these scenarios will make you poorer. One goal of wealth management is to increase the amount you can spend each year rather than adopting a lavish lifestyle followed by thrift and austerity. A lifestyle is defined here as everything you can do with money, including generous donations to the charities of your choice. The goal of an ever-increasing lifestyle is not to consume more each year but rather not to allow your choices to outpace what you can continue to maintain. A year of living extravagantly is foolish if it isn’t sustainable. …

If your windfall is a once-in-a-lifetime event, only spend a very small percentage of it. If you are young, 3% would be reasonable and sustainable indefinitely.

It would be perfectly reasonable for a young actress who was just paid $2 million for a leading role to decide to spend 3% of the after-tax money each year. She doesn’t know if she will receive another dynamite role. She may not even know if the movie will be a success. After paying $1 million in taxes she may only be left with $1 million to save and invest. If she decides to spend 3%, she can then increase her lifestyle by $30,000 and spend that extra each year for the rest of her life. Her investments will have to earn at least 3% over inflation for that to be sustainable.

There is a reason why most lottery winners are broke after 5 years. The mindset of people who play the lottery – and therefore people who win the lottery – is that forces outside of themselves will determine their destiny. As a result they are not calculating how to set their lifestyle so that it is sustainable ten years in the future. Yet most of our destiny lies within our own control. And with our finances our control involves a large amount of thrift, hard work and living below your means.

Winning the lottery or the role of a lifetime may not be your situation. You may decide that you will probably receive a bonus or receive commissions every year and you want to count on that stable income. In that case the planning question might be: If that income were to stop, how long would you want or need in order to replace it. Replacing it might mean that you have to switch jobs, careers, or even where you live. We would suggest five to seven years might be a good buffer for such a possibility. Let’s assume seven years for our example.

Practically this could be implemented by putting the bonus or commission payments into a separate investment account. Then each year you can transfer one seventh of whatever is in the account to your checking account to supplement your budget. This is accomplished by transferring one twelfth of one seventh (one eighty fourth) each month or as a lump sum once a year. That is about 1.2% each month or 14.3% each year.

If your windfall the first year results in putting $20,000 into the account, then next year you could spend $2,857 from the account. If the second year you added another $20,000 you could spend one seventh of the increased amount, which might be close to twice as much as the year before. After seven years of consistently adding to the account, you would finally be spending close to your annual bonus, but you would have an account with seven times your bonus to take you through any lean years that might come.

Whatever technique you use to smooth your income, providing for the possibility of having a sudden reduction in income can help your family self-ensure against this potential financial shock.

Photo by Mana on Unsplash