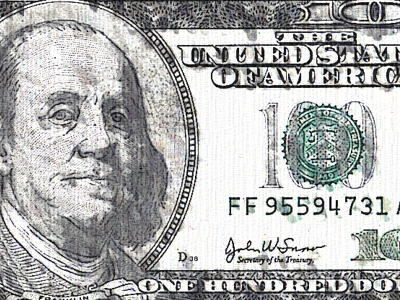 Many communities such as Charlottesville identify themselves as an arts community. This image translates into passionate support for public funding of the arts. But the common justifications for public funding don’t hold up under careful scrutiny.

Supporters claim that subsidizing the arts pays for itself. They suggest that the arts drive the economics of businesses within a community.

Second is the unseen cost of taking money from the economy that could be used for other purposes. Because of our progressive tax code, the marginal burden of subsidizing art falls largely on the highest tax brackets populated by small business owners and entrepreneurs. This group is the most productive at putting money to work.

If money spent in the arts truly had a multiplier effect, the arts would be naturally well endowed. But the class we are taking the money from does have that multiplier effect. That is why they are in the top tax brackets in the first place.

Claiming that subsidizing a committee’s selection of otherwise unfundable art projects is better for the economy is highly unlikely. Where there is a free market, capital naturally flows to the most productive venues.

We often hear an anecdote about a brilliant artist recognized by the arts community who isn’t yet successful commercially. This situation is perceived as tragic, demanding action like providing the artist with a government subsidy. But there are two difficulties with this point of view.

First, there is no guarantee that government funding would offer faster recognition than crowd sourcing. Production and distribution costs for art have dropped to a fraction of what they used to be. Without this barrier to competition, more people are willing to share their art for little more than the joy of being recognized. What is lacking is no longer a funding issue but rather sufficient demand for all the art being produced.

Even artists and art enthusiasts spend more money on electronic programmable gadgets than they do on art. That’s why we rarely hear about struggling computer programmers or electrical engineers.

Second, this view assumes there are identifiable artists worth funding that few people would be willing to patronize. To say an artist is great but most people don’t appreciate it is the same as saying a wine is excellent but few people are willing to drink it. Should we subsidize great wine that no one wants to drink?

With reduced costs of production and distribution, access to artistic endeavors has never been higher. Most artistic guilds recognize they are one generation away from extinction and naturally support interest in the next generation. These are laudable missions for a host of private charities.

The health of art organizations are too important to depend on government. Politics kills goodwill and development skills atrophy. Art thrives on delighting its audiences and developing a loyal fan base. Ensuring that should not be outsourced to government coercion. An identifiable pool of patrons is far superior to a vague cloud of resentful taxpayers.

By federal statue, NEA grants can’t be used to reduce a state’s funding of the arts. To receive federal block grants from the NEA, a state must spend more money on the arts. A state is required to have an officially designated arts agency and support it financially. There are a host of requirements for fairness, public access and serving underserved communities. And the state must match any federal funds received.

In Virginia, five full-time people work for the Virginia Commission for the Arts. Efforts to eliminate the agency were defeated, but its 2010 budget of $5.3 million from the General Fund was reduced to a 2012 appropriation just under $3.8 million.

Imagine all that effort just to get $863,000 of federal grants. If other states have the same 4.4 multiplier effect, the NEA is costing well over a half trillion dollars annually.

Art subsidies are no different than other needless expenditures. In conjunction with a simpler flatter tax, nearly all subsidies and industry expenditures should be eliminated.

Of course art is a vital part of our lives and culture. I asked a fellow art enthusiast if he paid the asking price for the art he purchases, and he replied that he pays more as a way of supporting the artists he loves. That’s a practice worth emulating.