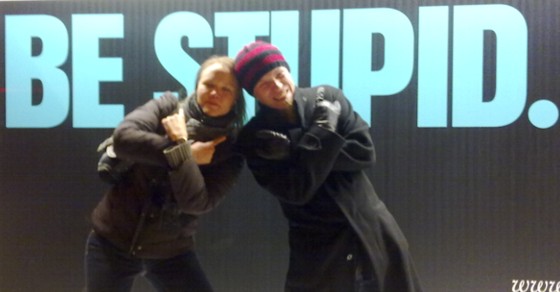 Sometimes I get tired of the repeated variations of the question, “What’s wrong with socialism?”

And I have found that sometimes the best way to handle the question is not to try to pull the questioner to economic rationality, but rather just to push them to be completely consistent with their own assumptions.

Back in 2011 I answered the following question on my Quora page:

Which public policies help to decrease disparities in the distribution of wealth?

The quickest way to decrease the disparity in the distribution of wealth is to simply re-distribute the wealth, seizing it from those who have it and spreading it around.

This decreases the disparity mostly by killing all incentive to create wealth and impoverishing everyone.

The hidden assumption to this question implies that disparities in the distribution of wealth are a bad thing. Nothing could be further from the truth.

As Milton Friedman (economist) said, “The most important single central fact about a free market is that no exchange takes place unless both parties benefit.”

No one is saying the disparity is a bad thing, only that too much of it is a bad thing. Must redistribution be extreme, to totally even things out? No. What if only enough redistribution were applied so that the top 1% (or whatever top segment) has just 15% of all wealth instead of 40% or whatever it is now? Maintain wealth disparity, because it is good an healthy, but keep it constrained.

Again, the hidden assumption to this question is that too much disparity is a bad thing. Sometimes I don’t know how to answer unreasonable questions that begin “What if…” other than to ask them to think through the implications of their principles.

Is too much demand a bad thing?

Is too much talent a bad thing?

There are hundreds of artists who want to create art that no one wants to purchase. One of the reasons it is so difficult to make a career out of art is because 40% of the demand is for the top 1% of artists. Should we encourage and subsidize buying art from the other 99% even though only the artist’s parents want to display the art on their refrigerators? Should we buy the excess art that no one wants just to even out the disparity of talent? Would that be a good use of resources?

Wealth is no different. It is just a placeholder for demand or talent or work. We don’t want to constrain demand, talent or work. And when you do, it is unjust and unfair taking from one person’s labor to subsidize what no one is willing to pay for.

What if only enough redistribution were applied so that the top 1% (or whatever top segment) has just 15% of all wealth instead of 40% or whatever it is now?

Well then 25% of the wealth would be wasted paying for inferior products and discouraging productivity.