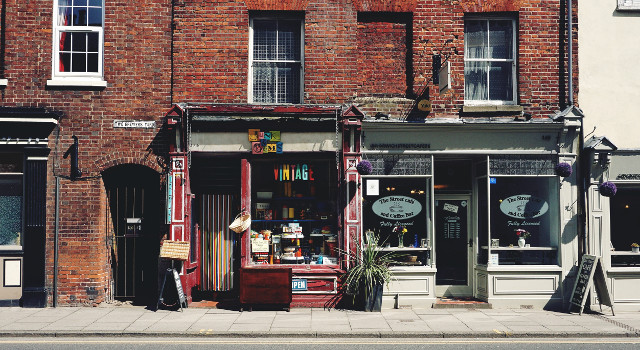 Many people are economic hypocrites. They are unwilling to live by the standards they impose on others. They are as genuine as the Marxist professor I knew at Stanford who drove a Mercedes to class each day. The volume of hypocrisy is especially loud during election years.

Unemployment and job growth are large campaign issues for my presidential rivals. When those seeking governmental power promise economic goodies, hold on to your wallet! Government doesn’t create wealth. Private enterprises create wealth. Government restraint, not government action allows the most economic growth. I pledge great restraint in my administration and promise to do less than either of my opponents!

As Thomas Sowell, Senior Fellow at The Hoover Institution, recently wrote, “Politicians are forever coming up with ‘solutions’ to virtually every imaginable imperfection in life. But, if we give them more power and more of our money, we are very unlikely to end up better off on net balance.”

Nearly three-fifths of private-sector employees work at small businesses. Any significant job growth will result from small business growth. Short of subsidizing these businesses (which would be counter-productive), the best way to increase employment is simply to remove the punitive tax and regulatory burdens heaped upon these heroes of the American dream. Small business profits do more for employment than any government program.

But in much of society today, “profit” is a six-letter word most often proceeded by the adjective “obscene.” We vilify in public what we envy in private. The hypocrisy is in coveting the success of business owners while not being willing to risk our own livelihood.

We act as if being a business owner is trivial enough to burden them with the responsibility of funding, implementing, and enforcing whatever social programs are in vogue. Then we exempt ourselves from taking the risk. Government workers are especially susceptible to a hypocrisy that stems from elitism. They consider themselves “above” the profit motive and therefore better suited for spending and redistributing wealth than soiling their hands creating it.

The University of Virginia, while neither small nor private, is having to act more like a private business. State support of the University’s annual operating budget has gradually dropped from 28 percent in 1985 to 8 percent. While this has been a painful process, imaging if the University had to forgo this subsidy and produce a sizable profit at the same time!

Profit is an essential part of business. If a business does not have a profit, they will go bankrupt. If the total profit does not provide a return on investment of at least 30%, then the capital to start the business would have been better invested elsewhere. That means if someone invests $100,000 in a business, they will want to earn at least $30,000 in “obscene profits” above and beyond paying themselves. Without those profits, their money would have been better invested in the safer stock market.

The good news is that such profit margins still exist in the United States. It could be said of the United States what Adam Smith said concerning England in “The Wealth of Nations”: “Though the profusion of government must, undoubtedly, have retarded the natural progress of England towards wealth and improvement, it has not been able to stop it.”

Again, as Thomas Sowell said, “Eternal vigilance is only part of the price of freedom. The maturity to live with imperfections is another crucial part of the price of freedom. … When your response to everything that is wrong with the world is to say, ‘there ought to be a law,’ you are saying that you hold freedom very cheap.” Thomas Sowell holds freedom very dear. He would make a great Vice Presidential running mate for the Financial Freedom party.

If you are interested in venturing out of the safety of a salaried position, we will explore the principles that make or break a venture in the coming weeks. I was one of the last members of my family to go into business, and I understand the strongly felt hesitations and concerns. But I also have the advantage of lessons learned from helping many local business owners with their financial investments.

Even if you are not ready to go into business for yourself, learning to think like an owner is a valuable endeavor in and of itself.

Photo by Suzy Hazelwood from Pexels