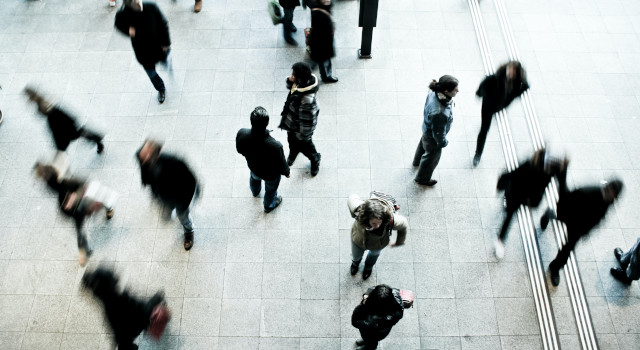 In the CARE Act of 2020, Congress created a so-called recovery rebate for individuals. It creates a tax credit for the 2020 tax return worth $1,200 for single filers and $2,400 for joint returns plus $500 per qualifying child. The credit is reduced when adjusted gross income exceeds $112,500 single or $150,000 joint. They have created provisions for receiving the tax credit now in advance of filing your 2020 return, so it can help stimulate the economy. Regardless, this credit or its advance will then be calculated and filed as part of your 2020 tax return.

In response, many liberals are criticizing conservatives for accepting the credit. They say that it is “welfare hypocrisy” to both believe that welfare should not be given and accept welfare when it is being offered.

On Tuesday, May 12, 2020, David John Marotta appeared on Radio 1070 WINA’s Schilling Show with Rob Schilling to refute the hypocrisy of taking a tax credit while opposing the legislation.

Here is a transcript of the first half of the show:

Rob: We welcome David Marotta, the president of Marotta Wealth Management online at MarottaOnMoney.com. My goodness we got lots to talk about today. There’s tons of money that is being given out, appropriated by the government, and there is always a question amongst conservative people, libertarians, others, objectivists about whether or not it’s a good idea to take the money and we’re going to get into that subject today. David, welcome back to the Schilling Show.

David: Thank you so much for having me.

Rob: There is a really excellent piece that was put up by Megan Russell at your website, MarottaOnMoney.com, “Should The Welfare Hypocrisy Critique Keep Me From My Tax Credit?” So, let’s just start out, what is the critique that people are hearing?

David: In response to the tax credit, there was a political cartoon called, “The Welfare Hypocrite.” It depicted a pickup truck at a bank teller and the truck is littered with bumper stickers that say things like, “More Freedom Less Government”, “No Bailouts”, “Get The Government Off My Back” and in the front seat is a stereotypical redneck with a large gun and the male driver is saying, “We’d like to cash our $1,000 government checks” and handing a piece of paper to the reflective teller window. Images like that have sort of gone viral on social media, talking about the hypocrisy of libertarians getting their checks and taking welfare handouts. That’s where the critique comes from and it’s simply not the case that libertarians should feel any hesitation to take checks like that. First of all, it’s the rules and the rules are the rules. I don’t agree with most of the rules that compromise the tax code. Why do homeowners with loans get a deduction when renters don’t? Why are business profits taxed twice, once as profit and once when they’re dividends or capital gains? Why does the tax code penalize those who create wealth and why do some industries get special treatment? But when government offers a tax rebate, subsidy credit deduction, or other beneficial treatment, just following the rules determines what taxes are owed or what you get as benefits.

Rob: It’s true and they’re there right now following the rules. You’d almost have to be very shortsighted to put your head in the sand. As much as we don’t like it, I remember an attorney friend of mine here in town who was adamant about trying to reduce the problems we have with lawsuits and tort reform and so forth and most of the attorneys couldn’t stand him because they didn’t like him speaking out like that, but he’s like, “This is a problem. I don’t care what industry I’m in.” And I saw the same sort of attitude from people who would for example, support a flat tax and they were CPAs or accountants and other people were like, “Oh you’d be killing our industry.” But they’re realizing that this is just what the rules are now. We could make them better. I think in this instance a lot of people would rather that the money wasn’t handed out, but that doesn’t mean that they haven’t paid into the system.

David: Right and in one sense it’s just a return of money. The fact that they confiscated it from you in the first place doesn’t mean you shouldn’t get your share when they give it back.

David: We’re talking about the money that’s given back to each of us on our taxes. Officially it is a tax credit, meaning that you actually don’t even have to pay it into the system to get it. You just get it back out again. You don’t get it if your income is too much. Interestingly you’re not going to get it automatically if you didn’t pay 2018 taxes because it’s all based on 2018, or if you didn’t file a tax return, or if you’re too poor. There are a lot of reasons why you might not get it. If you didn’t file a tax return, you can go to the IRS website and fill out a little stub that will make sure that you’re on the list to get it. There are a lot of intricacies in these laws and interestingly enough, they’re actually sending out the tax rebates in order of who they think needs them the most. And that will take maybe twenty weeks to get that done as they are just gradually sending them out. So, you’ll either get it or you won’t in the next twenty weeks. If you’re married to someone without a Social Security number you don’t get it. I don’t know why that is but they just said, “Hey, if you’re married to someone who doesn’t have a Social Security number you don’t get it.” That’s another interesting sort of anomaly in the system.

Rob: David, you mentioned about not paying taxes in 2018, is that differentiated from not filing? In other words, if you filed but didn’t pay taxes?

David: If you filed but didn’t pay taxes then you’ll get it, but if you failed to file then you won’t get it. And a lot of people failed to file because they just don’t earn enough. They just don’t make enough to file. So, some of our very poorest members are not going to get it.

Rob: And there’s nothing they can do about that?

Rob: I went over to that website and it was kind of interesting. I didn’t like imputing my Social Security number into even a government website, but I did on several occasions and they could never find me and then they were finally able to track me down. What they said was, “We don’t have your banking information and if you want your money, give us your banking information” and I’m loathe to give my banking info to the IRS. I just don’t want the federal government with their paws in my bank account. And so, I didn’t do it and then it said something like, “Well you might get a check later on.” It wasn’t very reassuring.

David: Right. A lot of people are not getting their refund because of the way that the tax system works, meaning that for people who don’t owe anything, when they go to fill out their taxes, the person filling out their taxes needs some way of being able to charge them for it and they charge them based on their refund. And the refund can’t go to the person who filled out their taxes. It has to go into a separate account, so now they have this bank account that’s this separate account, which is giving the tax preparer their fee and giving the recipient the rest. These received a whole bunch of checks and they just returned them and said, “We’re not going to do this. We’re not going to be the IRS’ delivery system for free.” So, they just returned them all. So, a lot of people who fill out their taxes by giving it to someone else and then they’re going to charge a fee for it and then it comes back in a different tax account are also going to have trouble receiving their taxes.

Rob: David, we’ve got about a minute left and I want to ask this question I’m not sure there is an answer to it, but I wonder if anyone has ever calculated the overhead and the distribution costs of this money because all the things that we’re talking about right now, I would imagine that it is tremendously expensive to try to administer all of this.

David: It is and to use their tax collection system as a vehicle for distributing money has proven very troublesome to the IRS. A lot of the people who you would’ve expected would’ve needed the money the most are not getting it and a lot of people who you would’ve thought, “Oh well they don’t really need the money, but I’m going to give it to them anyway” are getting it quickly. I’ve seen a number of people who received their check and were then like giving it to charity or something like that. There are even a lot of appeals by charities, “Just give us your check” or something like that. That’s sort of another issue. It would have been better had they just given a check to everyone and said, “We don’t care.” But the fact that they put an income limit on it made some people feel like, “Well I don’t really deserve this check.” And when they feel like they don’t deserve the check, then they’re libel to give it away and that’s another issue in the two-pocket theory of money.

Photo by Timon Studler on Unsplash