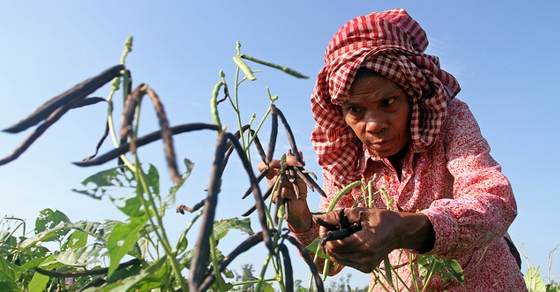 Traditional IRAs and Health Savings Accounts (HSAs) have a lot in common with one another. Both give you a tax deduction when you fund them, both have limits about how much can be contributed each year, and both require you to pay income tax on any withdrawals after the age of 65.

There are also many differences that make HSAs more appealing, most notably, that you do not have to pay tax on withdrawals from HSAs for qualified medical expenses. In our article, “When Should You Stop Funding Your HSA?,” we show how “over-saving” for your healthcare expenses and contributing the maximum each year is potentially more useful in the long run than funding your Traditional IRA.

There are some smart ways to use a Traditional IRA, but we generally promote funding a Roth IRA instead and converting existing Traditional IRA assets to Roth assets.

In addition to a Roth conversion, there is an obscure tax rule that allows a one-time Traditional-IRA-to-HSA conversion called a Qualified HSA Funding Distribution (QHFD). This can only be done once in your lifetime, but allows you to contribute to your HSA with money from your Traditional IRA. This transfer would protect your money from the Required Minimum Distributions (RMDs) that Traditional IRAs are subject to because HSAs do not make you take RMDs. Also, you can use the money in the HSA at any time for qualified medical expenses with no tax or penalty due on the withdrawal at all whereas the same withdrawal from a Traditional IRA would be subject to income tax (or a worse penalty if you are younger than age 59 1/2).

The QHFD seems like a great option for nearly any Traditional IRA owner, but regulations limit its use to just a handful of cases.

The first catch is that the IRS allows a QHFD only as alternative method of contributing to your HSA. This means that in order to qualify for a Qualified HSA Funding Distribution, you must be eligible to contribute to an HSA the normal way: you need to have HSA-eligible health insurance, also known as a high-deductible health plan or HDHP coverage.

Also, your Qualified HSA Funding Distribution in instead of funding your HSA normally and is subject to the same limits as normal funding. These limits are currently $3,350 for an individual HSA plan or $6,750 for a family plan, with a $1,000 catch-up provision available to those 55 or older. This makes the Qualified HSA Funding Distribution a nice tool, but not powerful enough to put a large dent in most people’s Traditional IRAs. This fact severely limits its utility as a tax-planning strategy.

The last catch is that you do not get a tax deduction for funding your HSA with a Qualified HSA Funding Distribution because you are contributing pre-tax assets from your Traditional IRA. However, you also are not taxed on the early withdrawal from the Traditional IRA that funds your HSA via the Qualified HSA Funding Distribution. This will increase your tax due in the current year over funding your HSA the normal way, but could decrease your tax due in a future year by more because of the RMDs you avoided on the same assets growing in your Traditional IRA.

So if you have low enough taxable income that missing the tax deduction for funding your HSA wouldn’t hurt and you don’t enough saved in taxable accounts to pay the extra tax on a Roth conversion, then taking your one-time Qualified HSA Funding Distribution might be the best move to make.

Creating the option to move money from a Traditional IRA to a more flexible HSA could be of great benefit to a lot of people, but unfortunately, the details are so restrictive that it will probably only help a small number of them. Still, for those who can take advantage of this rule, it is worth investigation.