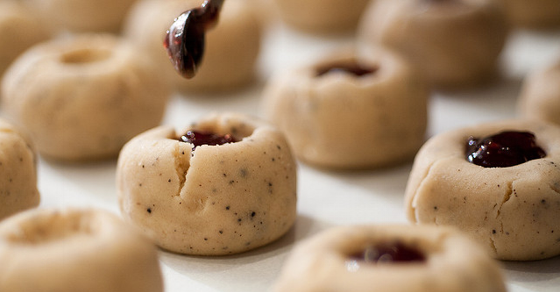 If you don’t have retirement savings in Roth IRAs, it’s time you considered their benefits. Contributions to Roth IRAs are always made with after-tax dollars, so you won’t get a tax deduction for contributing. However, the principle grows tax-free forever and there are no required minimum distributions. You may make tax-free withdrawals at 59 1/2.

Conversely, a traditional IRA allows before-tax contributions to grow tax-deferred, but not tax-free. Although you can usually deduct your contribution to a traditional IRA on your taxes, you pay ordinary income tax on the withdrawals. Furthermore, the IRS will require you to take minimum distributions, whether you need the money or not. Since the growth on these accounts is taxed at ordinary income rates when you withdraw it, it will likely be taxed higher than if you kept the money in a taxable savings account since growth there would be taxed at capital gains rates which are much lower.

This makes Roth IRAs ideal for funding the latter years of retirement. You can pay tax on them now, let them grow, and never be taxed on that growth again. With just a little time, compound interest can make the tax you pay now much less than the taxes you would pay on the same growth in a taxable savings or traditional IRA account.

The good news is that assets in traditional IRAs can be rolled into Roth IRAs without running afoul of the 10% early withdrawal penalty for traditional IRAs. This process is called a Roth conversion.

Roth IRAs provide tax savings for individuals who expect to be in a higher tax bracket later in life. The tax benefits of a Roth are created by the tax disparity between your tax bracket when you put your money in versus your tax bracket in retirement. The lower your tax rate, and the longer you have until retirement, the more likely a Roth conversion will play in your favor.

Imagine John, age 60, owns two traditional IRA accounts. Each is funded with $5,000. Let’s assume he keeps the $5,000 in one IRA, but with the other, he uses some of the funds to pay the taxes due and then converts it to a Roth. Assuming John remains in the same tax bracket and the accounts deliver the same return on investment, each account will generate the same spending money in retirement after taxes are paid on the traditional IRA. If John drops into a lower tax bracket after his retirement, the traditional IRA would have been the better bet. But if John’s taxes rise, the Roth IRA proves to be the better option.

Guessing your future tax rates is very difficult. Traditionally, it was thought your tax rate in retirement would be less than when you were working, but this is increasingly less likely. Tax rates are not adjusted for inflation, so many retired couples continue to creep into higher tax brackets. Also, tax rates are likely to rise as the political winds change.

If you expect to see your tax bracket increase significantly such as from 15% to 25%, you will likely benefit from a Roth conversion. This is true for younger workers as well as new retirees. In the early retirement years, many couples dip into a lower tax bracket just after retirement but before Social Security checks start arriving.

Before you rush off to begin your Roth conversions, be sure you have enough money to cover the tax bill. During a conversion, you’ll withdraw funds from your traditional IRA, report the funds as income on your taxes, and roll them over to a Roth IRA account. The tax implications from the conversion will vary based on whether you took a deduction on the principal. If you deducted your IRA contributions, you’ll have to pay taxes on both the principal and the earnings. If you didn’t, you’ll just pay taxes on the earnings.

SIMPLE IRAs can also be converted to Roth IRAs if you participated in the plan for more than two years or are over 59 1/2.

Although conversions from a traditional IRA to a Roth IRA are common, funds in employer sponsored plans such as 401(k), 403(b) and 457 plans  are less common. They can also be rolled over to a Roth, but not all employers offer Roth versions of their sponsored retirement plans, so you will have to check if that option is available for you.

Because money put into a Roth will never be taxed again, it can grow tax-free for your lifetime. This is an advantage denied to any other type of account. Traditional IRAs offer a short-term deduction when you contribute to them, but in the long-term they make growth taxable at the higher ordinary income rates instead of the lower capital gains rates. Normal savings and brokerage accounts tax growth at capital gains rates along the way, reducing the amount of assets that can compound in your favor compared to either a Traditional IRA or Roth IRA.

As we said before, if you don’t have retirement savings in Roth IRAs, it’s time you considered their benefits.