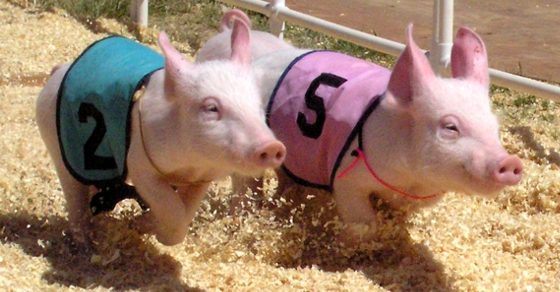 Which retirement account to fund, a traditional or Roth account, is a difficult decision to make. The tax bill of the present makes a Roth account feel costly. But, as with many financial decisions, such gut feelings deceive us.

The trick is that the money you are paying tax on is not the same.

A Roth contribution must come from your income and neither increases nor decreases your tax owed. You pay income tax on your earned income, as you always do, and then use a portion of that income to fund your Roth.

A traditional contribution also must come from your earned income but grants you a tax deduction that effectively defers earning that income until later. Instead of taking that money as income today, you contribute to your traditional IRA or 401(k), invest the money, let it grow, and then, in retirement, take distributions from the account as though it were earned income then.

That means rather than paying tax on $5,500 each year, as you would if you funded the Roth, you would have to pay tax on withdrawals from a five million dollar portfolio. Required minimum distributions will force you to take money out during your lifetime and pay tax as though it were income. Even after your death your heirs will suffer having to pay the same tax as a result of inherited IRA rules.

Even if you stretch your withdrawals over many years, ultimately, all of the growth along with the original contributions in the traditional IRA will be taxed. And the longer the funds appreciate in the traditional account, the more tax you will be required to pay.

If you are in an identical bracket at the time of your withdrawal, then this greater tax is a wash. It won’t matter whether you pay the tax early and have less value to compound or pay the tax later on the compounded value.

You can see this in a simple example. Imagine two single sixty-year-olds who both earn $40,000 each year, fund their IRA for $6,500, and take advantage of normal exemptions and deductions. The only difference is Ms. Roth funds her Roth IRA and Mr. Traditional funds his traditional IRA.

But face value is deceptive. Let’s pretend after that one year, Mr. Traditional and Ms. Roth (now age 61) need to withdraw money from their IRA.

Ms. Roth simply withdraws the money from her IRA and receives the full account value ($7,085.00) to her checking account.

This is how, if at the time of your distribution you are in the same bracket as you were during your contribution, then which account you fund could be a wash.

That being said, this simplistic example is difficult to replicate in real life.

If Mr. Traditional had saved but not invested his tax savings (a common decision), then when it came time to pay the $1,062.75 in taxes, he would have only had $975 and been short $87.75, making Ms. Roth have more money. Many families fail to keep the cash in their taxable accounts fully invested and appreciating at market rates of return.

Furthermore, if they had been in a higher bracket, earning $95,000 and in the 25% tax bracket for example, the math works even more against Mr. Traditional.

After that one year, Mr. Traditional and Ms. Roth (now age 61) need to withdraw money from their IRA.

Ms. Roth, as in the other example, simply withdraws the money from her IRA.

Small differences like these upset the balance of being in the same bracket, often in favor of funding a Roth.

Most people however won’t remain in the same tax bracket but rather get semi-regular raises to keep up with inflation and because of merit and achievement in their firm. These raises push them gradually into higher and higher tax brackets. Then, when they retire they collect Social Security and often drop down into a lower tax bracket.

The only difference between the families is which account type they fund.

After retirement, both couples move into the 10% bracket. They remain there even when Social Security starts at age 65. All this time their IRAs continue to grow.

At age 70, Mr. & Mrs. Traditional are forced to start withdrawing required minimum distributions (RMDs) from their account. These start small, but, after three years at age 74, they are pushed into the 25% tax bracket with an RMD of $68,000 in today’s dollars.

This higher bracket also causes Mr. & Mrs. Traditional to be subject to a capital gains tax bracket of 15%, forcing them to pay tax regardless of from which account they draw funds.

Mr. & Mrs. Roth, still in the 10% income tax bracket and with their retirement assets in a Roth IRA, do not have either of these problems.

Each person’s situation requires extensive analysis, but in general tax planning favors funding your Roth over funding a traditional account.