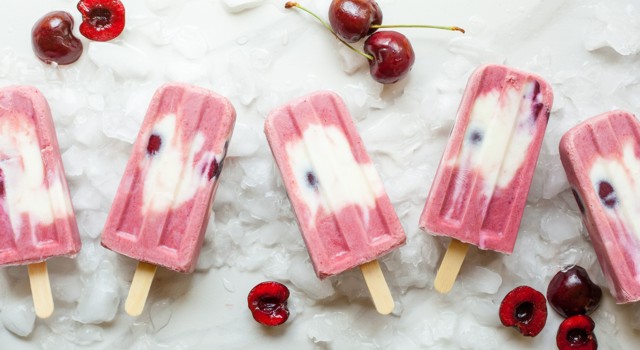 If you are eligible, make sure you fund your Roth IRA or your Roth 401(k) this year with the maximum contribution possible. It may be your last chance to pay a reasonable tax rate before the prevailing winds of class envy swamp your retirement sailboat.

Although a traditional IRA and a Roth IRA share some features, they differ significantly in the way they are taxed.

Money put in a traditional IRA comes out of your paycheck before paying taxes, so your contribution reduces your taxable income this year. Traditional IRA investments grow tax free. But you must pay ordinary income tax rates when you take the money out in retirement, on both what you contributed and on the growth in the account.

In contrast, the money you put in a Roth IRA comes out of your take-home pay after you have paid taxes. So your contribution does not reduce your taxable income this year. Like a traditional IRA, your Roth IRA investment grows tax free. But because you have already paid tax on the money, in retirement you won’t be obligated to pay any additional taxes.

So you can pay now on what you contribute to a Roth IRA, or you can pay later on the value that has accrued in your traditional IRA.

The standard wisdom favored funding the traditional IRA. Assuming your tax bracket would be lower in retirement, it thus would be advantageous to avoid the higher tax rate now and pay at the lower rate later. But for many retirees, this advice has proven misguided.

Employees typically contribute to a traditional IRA or 401(k) from the day they start working. Of course their starting salary is relatively low compared with what they earn later in their career. Thus an increasing number of employees find themselves in a higher tax bracket during their retirement than they were when they were contributing to a traditional IRA or 401(k). This phenomenon has produced some strange economic results.

The good news for the government is that budget projections do not include any of these retirement withdrawals. Thus taxes on traditional IRA distributions should cover about a third of the existing federal deficit.

But it’s not your job to help the government get out of debt. Tax rates today are at an all-time low, but the political climate makes tax hikes much more likely in the next administration. Kennedy lowered the top marginal rate from 90% to 70% in 1964. Then Reagan lowered it from 70% to 50% in 1981. And in 2003, Bush lowered the top rate from 39% to 35%. Historically, income taxes have not been this low since 1931. So pay as much tax now as you can and fund a Roth IRA rather than deferring your taxes until later when the rates are higher.

As long as you (or your spouse) receive a paycheck, you are eligible to open a Roth IRA. Account owners may contribute $4,000 per year in 2007. Contribution limits rise to $5,000 in 2008. All account owners age 50 and older are permitted an additional catchup contribution of $1,000 annually.

Unlike a traditional IRA, you are not obligated to begin required minimum distributions at age 70 1/2. As a result, a Roth IRA can help fund the end of your retirement.

And if the tax benefits of a Roth IRA aren’t enticing enough, the estate-planning benefits are amazing. Leaving a Roth to your heirs can be likened to setting up a lifetime tax-free stream of income. Because Uncle Sam has already taken his cut of the principal when you put the money in, withdrawals can be made tax free, either by you or by your beneficiaries.

With a traditional IRA, you must begin distributions at age 70 1/2, whether you need the cash or not. But when you do this each year, you put the brakes on the snowball effect of compounding interest. Plus your required withdrawals deplete the account, making it difficult to control what you actually leave to your beneficiaries.

A Roth can help you keep more of your money by sheltering your investments from capital gains and from minimum distribution requirements during your lifetime. Spouses who inherit a Roth can also forgo taking distributions, preserving the account’s ability to grow unchecked year after year.

Only when members of the next generation inherit a Roth IRA must they begin taking distributions, and then they are withdrawn based on the beneficiary’s age. By taking the smallest required distribution each year, the beneficiary achieves the maximum tax-free growth of tax-free income.

If you already own a regular IRA, you may have the option to convert it to a Roth. You pay taxes now so your beneficiaries won’t pay later. Even if you inherited a traditional IRA from your spouse, it is still not too late to convert to a Roth.

Converting may be a smart move, especially if you plan on leaving more than $2 million to your heirs. Paying taxes for the conversion will mean you reduce the size of your estate and thus its tax liability. Your heirs will pay less estate tax, and they will inherit a tax-free income stream.

The option to convert to a Roth currently is limited to those with an AGI less than $100,000. If your income exceeds that number, current law does not allow Roth conversions to all Americans until 2010. By then, significant tax hikes may have been implemented.

A Roth in itself cannot provide a complete answer to your estate-planning needs. Seek the advice of a financial planning professional who can provide you with a comprehensive financial plan. To find a fee-only financial planner in your area, visit www.napfa.org .

Photo by Lindsay Moe on Unsplash