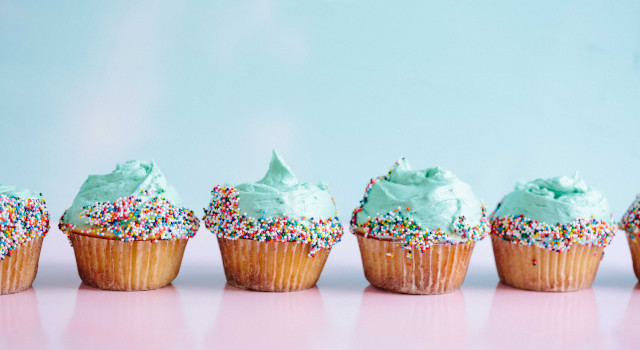 Since its inception in 1998, the Roth IRA has been off limits to those with high incomes. Thanks to the Tax Increase Prevention and Reconciliation Act (TIPRA) signed by President Bush in May 2006, wealthy Americans will be allowed to convert their traditional IRAs to Roth IRAs beginning in 2010. There are years and situations when a Roth conversion is not appropriate, but they are often surrounded by years when it should be considered.

Roth IRA contributions are always made with after-tax dollars. The principle grows tax-free and the account holder may make tax-free withdrawals once they hit age 59 1/2. There are also no required minimum distributions for a Roth, which makes them helpful for funding the latter years of retirement.

Conversely, a traditional IRA allows before-tax contributions to grow tax-deferred, but not tax-free. During retirement, the IRS requires minimum distributions, all of which are taxed at ordinary income rates. So, you can either pay now or pay more later.

Getting your money into the Roth tax shelter is currently impossible for those with higher incomes. If your modified adjusted gross income exceeds $150,000 ($95,000 for individuals) you cannot make a full annual contribution to a Roth. The benefit is phased out for couples with a modified AGI between $150,000-$160,000 and for individuals between $95,000-$110,000. Currently, wage earners who exceed these income limits may not fund a Roth.

To be more precise, the new law lifts a $100,000 modified AGI limit on both joint and individual filers wishing to do a Roth conversion. By creating the back door conversion option, big wage earners will be able to fund a Roth by funneling money through a traditional IRA and then performing a Roth conversion. Until 2010, only those with incomes below the $100,000 mark can convert their traditional IRAs to Roth IRAs.

During a conversion, account owners withdraw funds from their traditional IRA, report the funds as income, and roll them over to a Roth IRA account. The tax implications from the conversion will vary based on whether you took a deduction on the principal. If you deducted your IRA contributions, you’ll have to pay taxes on both the principal and the earnings. If you didn’t, you’ll just pay taxes on the earnings. I say ‘just,’ but either way, this could be a big bill. The good news is you can withdraw funds from your traditional IRA and convert them to a Roth without incurring the 10% early withdrawal penalty.

If you don’t have enough to cover the taxes on a full conversion, you can cherry-pick the securities you convert and do a partial conversion each year. To lighten the tax bill for conversions in 2010 (only), TIPRA will allow you to split the tax bill and pay half in 2010 and half in 2011. In anticipation of the new provisions, some are stashing away money in traditional IRAs with the hopes of converting to a Roth come 2010. But, the conversion doesn’t always come out on top.

Imagine John, age 60, owns two traditional IRA accounts. Each is funded with $5,000. Let’s assume he keeps the $5,000 in one IRA. But with the other, he uses some of the funds to pay the taxes due and then converts it to a Roth. Assuming John remains in the same tax bracket and the accounts deliver the same return on investment, each account will generate the same spending money in retirement. If John drops into a lower tax bracket after his retirement, the traditional IRA would have been the better bet. But if John’s taxes rise, the Roth IRA proves to be the better option.

Guessing your future tax rates is nearly impossible. Traditionally, it was thought your tax rate in retirement would be less than when you were working, but this is increasingly not the case. Tax rates are not adjusted for inflation, so many retired couples continue to creep into higher tax brackets. Also, tax rates are at a historic low and likely to rise if the political winds change. There are, however, two cases where the outlook is clearly in favor of doing a Roth conversion.

Clients who expect to see their tax bracket increase significantly – from say, 15% to 25% – will likely benefit from a Roth conversion. This is true for younger workers and also for new retirees. In the early retirement years, many couples dip into a lower tax bracket just after retirement but before Social Security checks start arriving. The taxes due on the conversion are more than made up once they are back in a higher tax bracket and able to take tax-free withdrawals.

Second, we encourage clients to consider a Roth conversion if they experience wild fluctuations in their pay from year to year. Again, converting while you are in a lower tax bracket will mean you keep more of your hard earned dollars in the long run.

Remember, no matter when you do your conversion, it must be done before Dec. 31st of the current tax year. One other important rule: you must be age 59 1/2 or older and have held the account for at least five years before you can take a tax-free disbursement from your Roth.

Before you convert your traditional IRA, you’ll need to do some careful tax planning with your tax professional. You should consider your current and future tax brackets, your current and expected income, your time horizon until you begin withdrawals, and your estate plans. Taken together, these factors will tip the balance in favor of either the traditional plain vanilla IRA or the Roth. A professional can help you determine which path will yield the most value. To find a fee-only financial planner in your area, visit www.napfa.org.