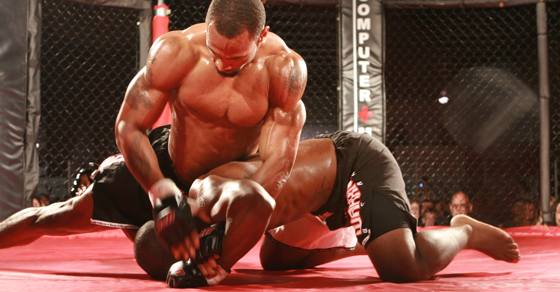 Being vulnerable and revealing our true selves can bring us joy and give our lives a sense of purpose. However, recent government decisions threaten this openness and may deprive us of the connectedness that is an essential part of being human.

All governments, ours included, survive by using force or the threat of force to skim resources off the top of the earnings of their productive citizens. Most governments do this as quietly as possible via hundreds of small fees and taxes. But when a government is overextended or its control threatened, government officials become more aggressive in their collection and more belligerent in their control.

Governments, like currency, require legitimacy to stay in power. If citizens don’t believe in the control of the government, then the government will lose its power. Regimes are therefore susceptible and fearful of any doubts expressed such as “Government does more harm than good.” The administration knows these ideas can spiral out of control and take on a life of their own.

This is why our government is studying the genesis of political movements aimed at large-scale political and economic change. As released by The Guardian, the Department of Defense is spending millions to study civil unrest, viral activism and models “of the dynamics of social movement mobilization and contagions.”

If you wonder why the National Security Agency (NSA) is collecting so much online traffic information, it is because you can use such metadata to determine patient zeroes in the intellectual pandemic of beliefs like the Tea Party movement. The idea is that, if they could identify the potential origin of such movements, they could eliminate the threat merely by silencing the source.

Targeting activists isn’t anything new. J. Edgar Hoover made it his life’s work. What has changed is the vigor with which the government has assumed its own activism against certain groups.

Government has never been known for customer service. But today it is known primarily for being against the very people it is supposed to serve.

The government monitors your email and browser history. Government officials track your phone calls and collect your text messages. They can see all your purchases. They read your tweets. They infiltrate peace movements. They use false DUI arrests to prevent protests. They discriminate against Tea Party Patriots. They exempt their allies from regulations they inflict on their enemies.

They are encouraging the very social contagion they are trying to avoid.

In a 2010 TEDxHouston talk, Brené Brown, a research professor who has been studying the building blocks of human connection for over ten years, gave a talk titled “The Power of Vulnerability.”

“By the time you’re a social worker for 10 years,” Brown says, “what you realize is that connection is why we’re here. It’s what gives purpose and meaning to our lives. This is what it’s all about. . . . Connection, the ability to feel connected, is neurobiologically how we’re wired–it’s why we’re here.”

But Brown explained that six weeks into her research on human connection, she “ran into this unnamed thing that absolutely unraveled connection.” She called it shame and defined the underlying questions as “Is there something about me that, if other people know it or see it, I won’t be worthy of connection?”

Although some can push past their shame, the experience is universal. Brown claims, “The only people who don’t experience shame have no capacity for human empathy or connection.”

We are insecure by default. We all fear what others think of us.

“We pretend that what we do doesn’t have an effect on people,” both as individuals and in organizations, Brown says, but we always have an effect. All it takes is the doctor’s face to flash a bit of judgment or a friend to laugh at the wrong moment and, like a flower surprised by a cold snap, our vulnerability shrivels rather than blooms.

The government’s policy of antagonism affects us. “What will they think of me?” is a question that already distressed our lives but has been amplified by surveillance.

An antagonistic data collector could be listening to your confidences or watching your vulnerable moments. You could be flagged as a “social contagion” because of your thoughts. Shame creeps in: What will they think of you?

Sadly though, Brown says, “You cannot selectively numb.” When we numb ourselves from vulnerability, we numb joy, gratitude and happiness as well. “And then we are miserable, and we are looking for purpose and meaning.”