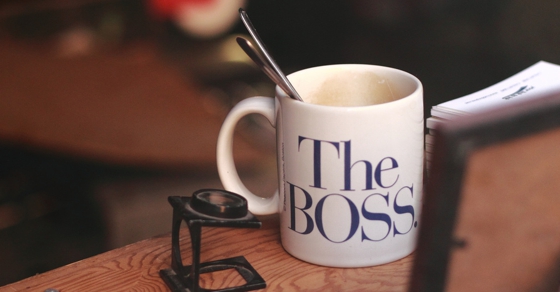 A mob boss exercises absolute control over his many followers and profits from the often criminal activities of his organization. He communicates to his subordinates what he wants to happen. Often he manages this in such a way that he is not legally responsible. Then his followers execute the plan.

In the rare case that an underling gets caught, the person suffers the consequences alone. It often can’t be proven that the mob boss instigated the activity or even played a role.

Because of this absolute control over subordinates, the mob boss is never found personally guilty for any of his crimes. But without him pulling the strings, they never would have gone down.

On November 20, the president revealed his immigration plan in an impassioned speech. The White House summary stated, “The president is taking executive action to fix what he can to help build a system that lives up to our heritage as a nation of laws and a nation of immigrants.” The implication was that Obama would sign an executive order the following day.

Then, the next day President Obama had a photo op on Air Force One as he signed executive actions, but they weren’t implementing his speech.

In his speech, Obama introduced three actions that “I have the legal authority to take as president . . . that will help make our immigration system more fair and more just.” They are to (1) give “additional resources for our law enforcement personnel,” (2) “make it easier . . . for high-skilled immigrants . . . to stay” and (3) “deal responsibly with the millions of undocumented immigrants” by allowing qualified immigrants “to stay in this country temporarily without fear of deportation.”

In the “Modernizing and Streamlining the U.S. Immigrant Visa System for the 21st Century” memo, the president instructs 11 secretary-level bureaucrats to research and offer recommendations on how to reform and measure the progress of reforming “our immigration system.” It is vague and essentially establishes a new committee.

In the “Creating Welcoming Communities and Fully Integrating Immigrants and Refugees” memo, the president establishes the “White House Task Force on New Americans,” a team of 18 secretary-level bureaucrats. Their endgame is to write a paper for the president about how to integrate foreigners.

These are the presidential documents that resulted from Obama’s speech. After reading those, you would probably laugh with the rest of the news media at House Speaker John Boehner for saying, “The president has taken actions that he himself has said are those of a king or an emperor–not an American president. He’s damaging the presidency itself.”

But Boehner isn’t far from the truth. Obama’s speech was implemented, but it was via a memorandum written by a subordinate, the same way a mob boss would operate. And his own statements suggest that if members of Congress did not like what he was doing, they should pass their own law, an admission that his own actions were akin to legislating.

Jeh Johnson, Department of Homeland Security (DHS) secretary, published a memorandum on November 20 on the DHS site. The departmental memo is best construed as a letter from Johnson to three other government bureaucrats. Using his own words, Johnson intends “to reflect new policies for the use of deferred action.” He is instructing them on what policy to follow in the future.

Neither Obama, his speech or his title are mentioned in the memo. Thus the mob boss is safe from reproof.

How did they know at 2 p.m. the day before how Obama would implement the plan?

Two days before the staged signing, the Department of Justice posted an internal memorandum on their site: “Memorandum Opinion for the Secretary of Homeland Security and the Counsel to the President.” Author Karl Thompson begins the memo, “You have asked two questions concerning the scope of the Department of Homeland Security’s discretion to enforce the immigration laws.” He goes on to evaluate the legality of the scheme.

The “you” is presumably the president. But neither Obama’s name nor his official title appear anywhere outside of the memo’s title. Even there, he appears only as the person to whom the counsel reports. It leaves open the possibility that this was just initiated by his counsel.

Ernest Istook says it best in his article for the Washington Times: “Like any executive, Mr. Obama delegates. Politicians, mob bosses and the evil Emperor Palpatine get others to do their dirty work so they can pretend that their hands are clean.”

The financial services industry used to have the mob boss problem. The federal government would arrive to investigate a scandal. Everyone at the office would pass the buck. The law enforcers were stuck then. Should they try for a flimsy case against the policymaker? Or should they let the humble employee hang, thanks to the mob boss’s ability to hide his involvement?

Fed up with all the finger pointing, the Securities and Exchange Commission (SEC) finalized a solution. Financial advisors must designate in advance who to put the handcuffs on if their firm is found breaking the rules.

Chief compliance officers are responsible to ensure the firm complies completely with every SEC ruling. Compliance officers have to demonstrate their compliance with all the changing requirements. They also must show regulators that their firm is meeting the standards they set for themselves.

The president’s job should resemble a chief compliance officer. He must ensure that the Executive Branch complies completely with every congressional and judicial ruling. His actions should not even attempt to replace Congress passing a bill. He is an implementer, not a creator. He is a driver, not a captain. And every person who works in the Executive Branch at any level merely represents a tiny piece of delegated presidential power and responsibility.

When minions like Lois Lerner in the 2013 IRS controversy intentionally do not comply, the chief compliance officer is accountable for the controversy and required to enforce a culture of compliance.

If you think that sounds unfair, then support the deregulation of the financial industry that lives under these rules every day. But this is how you stop mob bosses (when you can’t catch them for tax evasion).