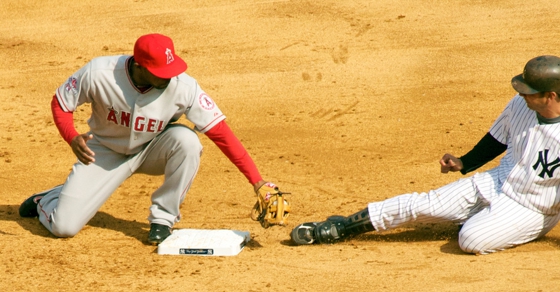 “I’ve seen it before too many times,” says Lax, who has represented other athletes, including a former Boston Red Sox catcher who was found to have been financially hurt by a Merrill Lynch team. “They are just victims of fraud, taken advantage of at every turn. It is a cautionary tale.”

What breaks my heart is that what passes as financial regulation does nothing to prevent cases like these. In fact, the financial regulatory world is used most commonly by FINRA (the Merrill Lynchs of the financial services world) to quell competition from the small fee-only fiduciary firms (like us). The SEC’s oversight is mostly just the history of the failed experiment of regulatory capture. Low risk firms should be visited less by the SEC and yet we are in the middle of a two year push by the SEC to target the small fee-only fiduciary firms on the grounds that they aren’t being visited as much as the large firms where violations abound. I suspect that a great number of consumers are trusting the financial services industry to “do what is right” even though they have no legal grounds for that trust.

We have written The Eight Ways To Safeguard Your Money along with Ten Questions to Ask a Financial Advisor. In every sad story I hear about someone being ripped off by so-called financial advisors the victim has broken many of these safeguards. We can’t stop the wolves in sheep’s clothing. But we can help consumers understand what they should avoid.

Here is how Posada and Contreras failed in their selection of a financial advisor:

1. They assumed that a reputable name was indicative of safety. They deserved a fiduciary standard of care. But they selected association with a broker, Merrill Lynch, instead of an investment advisor. They did not understand the difference between an investment advisor and a broker.

2. They allowed their financial advisor to have custody of their assets.

Over time, Lax says, Posada and his wife Laura trusted the advisors enough that they gave the duo control over all of their financial matters. “They essentially convinced the Posadas to let them handle all of their money — do their bills and taxes, open their mail — a full family office,” Lax says.

3. They failed to insist on investing only in publicly priced and traded investments.

According to the complaint, in 2005 Posada put up $3 million for Sunset Trails, “a speculative limited liability company that owned no assets at the time of the investment,” to develop some Florida real estate into an equestrian community. What the advisors didn’t tell Posada, the complaint alleges, is that he signed a guarantee to secure all of Sunset’s debts.

Just to be clear: the Posada’s were wrong to allow their investment advisor to invest in a limited liability company. LLCs are not publicly priced and traded. They are illiquid. And they are unsuitable for safeguarding your money. The additional misconduct of signing a guarantee is on top of a major mistake.

The advisors also recommended in 2007 that Posada invest in a hedge fund they created, the complaint alleges. Unaware that the fund was very risky and carried large fees, the catcher says he put in $8.1 million — a move that cost him $4.8 million.

Hedge funds are a terrible idea. They are compensation schemes not investment strategies. They are also illiquid, often locking up your assets for seven years. In addition to that they are laden with fees.

4. They did not recognize and avoid financial hooks, and they failed to understand how the so-called advisor was compensated.

“The advisors were using themselves as the managers of the other entities which were making investments,” Lax says. “If they were proper fiduciaries they would’ve said, you want to invest in real estate, let’s find an REIT that’s been around for 20 years. If they wanted to invest in a hedge fund, they could’ve gone to D.E. Shaw. But they didn’t, because every turn was a money grab to get fees on top of fees.”

There is a big difference between fee-only and fee-based.

Lax also says that Contreras was made to sign documents in English, although he only speaks Spanish. …

Lax says that when Posada’s relationship with Collar and Fernandez began, the ballplayer was not sophisticated about handling money and did not expect the advisors would try to defraud him.

Advisors are coaches, not players. As fiduciaries, we strive to act as you would if you had our time and expertise. We take the time to explain to our clients the choices and reason behind our recommendations.

This scenario is very different from dealing with brokers or agents, who may only be interested in satisfying the suitability rule in order to sell their products and services. Without the burden of acting in their clients’ best interests, they may be personable to work with, but wealth management isn’t just about the relationship. It is about reaching your goals, and sometimes the most effective coach can’t be your best friend too.

It is always tragic when someone’s finances are mismanaged by the financial services world. But it is completely avoidable when you follow the rules for safeguarding your money.