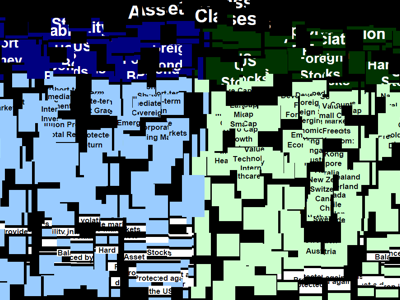 Diversifying your asset allocation among investments with a low correlation can and should reduce your portfolio’s volatility and boost your returns. But critics are claiming this strategy is no longer valid. That’s because they don’t understand the nature of what happened in 2008.

Fickle followers of asset allocation point to the market drop in the fourth quarter of 2008 as evidence that diversification has been discredited. Every investment philosophy and asset class moved downward at the same time. They point out that asset classes are more highly correlated when stocks move down than when they move up. In other words, they complain that just when diversification was supposed to help, it failed.

So does modern portfolio theory need to go back to the drawing board? In many cases critics are not suggesting alternatives, but they are sure something else is needed. They see the trees but are missing the forest.

Correlation is measured mathematically and does not necessarily reflect a causal explanation. It is a fact that every investment class moved down at the same time. But you must understand why in order to evaluate ways to defend against it in the future.

Everything went down in sync because it is all denominated in dollars. The markets moved not because the markets changed but because the value of the dollar changed.

When all the financial institutions either had to deleverage or go bankrupt, they needed dollars for their very existence. The demand for dollars naturally went up. When the credit markets froze and financial institutions would not lend to each other because they suspected their collateral was toxic, the velocity of money went to zero. As a result the demand for dollars went up.

When the value of the dollar doubles, everything else denominated in dollars drops in half. Deflation sinks all ships equally. Everything consequently moves in sync, and correlations approach 1.0.

For example, take investments A and B. Imagine that A would have gone up 2% while B would have gone down 2%. These two investments would have had a correlation of -1.0. They would have been perfectly negatively correlated and provided diversification. But when the demand for dollars skyrockets and both investments are denominated in dollars, the result is very different.

In my December 2008 article, “When Will the Markets Stop Dropping?” I wrote, “It is as though your next-door neighbor got into credit card debt and is now trying to pay it off. On his front lawn he is having a yard sale. His couch is going for $10, his good china for $20 and his plasma TV for $25. And you think to yourself, “That’s the exact same couch I just paid $200 for, and my neighbor is selling it for $10!” In fact, you are amazed that the entire contents of your house have dropped in value.

“Diversification among household contents did not help because the financial institutions that are deleveraging also owned a nice diversified portfolio. Nothing is fundamentally wrong with couches, china and plasma TVs. The problem is that when a nation is deleveraging, everyone wants cash to pay off their debts.”

No one wanted shares of stock because they needed cash to deleverage and survive. Financial companies wanted barrels of oil even less as oil dropped from $140 to $32 a barrel. The downward slide in oil and other commodities provides further evidence that the movement was a movement in the value of the dollar.

You can see additional evidence as the federal government began pouring trillions of dollars of bailout money first into the financial institutions and then salted liberally through government largess. The primary purpose was to devalue the dollar and therefore revalue stock prices. They wanted to stop deflation and reinflate stock market values.

So, assuming my analysis is correct, how could investor portfolios that are valued in dollars have been protected against a sudden and sharp demand for dollars? Well, the short answer is that with a few exceptions, they couldn’t. It wasn’t just a failure of diversification. Most other strategies failed worse. So-called balanced funds or target funds have seen a decade of losses. Because they have fewer equities, they didn’t have enough growth in the decade before 2008 to remain positive. Only the diversification into small value, foreign, emerging markets and hard assets gave well-diversified portfolios a positive 10-year return. And ironically, the categories with the best 10-year returns are the same ones that dropped the most at the end of 2008.

We could liken searching for a viable strategy when the dollar suddenly doubles in value to looking for a safe location when the sun goes supernova. But in our case, what would have been trying to be safe in 2008 would only be extremely foolish in 2009. What is safe when the dollar suddenly doubles in value is extremely foolish when the government is relentlessly pouring out dollars to devalue it.

A recent Wall Street Journal article quoted Ibbotson Associates chief economist Michele Gambera about what he deemed safe in the event of such a nova. Gambera concluded that only a few asset classes other than cash proved helpful. They were gold, intermediate-term government bonds and Treasury Inflation-Protected Securities (TIPS). Well, there are few surprises in that list. Cash and cash equivalents are always a good investment when the demand for cash suddenly increases.

But sometimes cash and fixed-income investments are as equally risky as they were prudent this past fall. Now that the dollar is being devalued, cash is a risky investment. We recommend that at least half of your portfolio be protected against the risk of a falling dollar. You can do so with investments in foreign bonds, foreign stocks and hard asset stocks. One of the best ways to protect your portfolio, hard asset stocks as a class have also provided one of the best returns since 2002.

Gold is a strange category for Gambera to include in his recommendations. Investments in gold did not fare well in the last half of 2008. Gold prices topped $1,000 an ounce in the summer of 2008 and dropped to a low of about $700 at the bottom of the markets in November. It is true that during times of market turmoil many investors flee to gold and push the demand for gold higher. In the recent situation, however, crisis gold did not correct as much as the markets and has still not rebounded well. Although on average, gold doesn’t appreciate more than inflation, it is still normally a safe store of value. Just not in the fall of 2008.

So is asset allocation dead? By no means. No better way exists to protect your investments. But all these events remind us that monetary policy, deficit spending and the actions of the Federal Reserve do impact currency stability.

The markets are inherently volatile, including the financial markets that trade loans. It was government intervention in the credit markets that helped put all our eggs in one basket. The Community Reinvestment Act (CRA) and government-run Fannie Mae and Freddie Mac contributed to the lending crisis. Their policies encouraged or even required financial institutions to make loans to those with little ability to repay. The unintended consequence was the shock of the imminent failure of our financial system and the sudden dive in the value of the dollar.

Recently, monetary policy is moving in the other direction. The markets are going up partly because massive government deficit spending is devaluating the dollar. Now is not the time to protect your assets against deflation. That tsunami has passed. The current danger is a backwash flowing in the opposite direction. Now is the time to protect your assets against inflation, and cash again may be the most dangerous asset category.