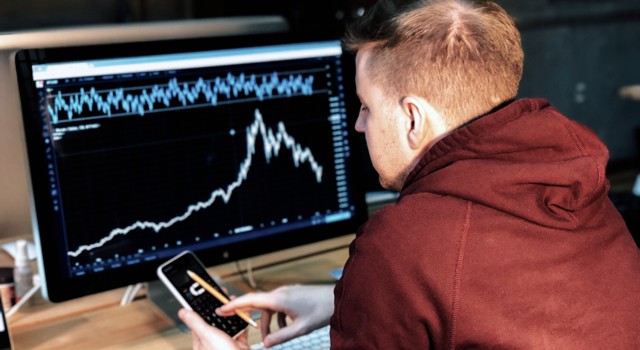 The Dow Jones Industrial Average is now trading at a level of 10,000. Some believe that it is hugely over-valued, that we are in a bubble, and that a big correction is overdue. Others believe the contrary that it is actually undervalued and should continue to go higher. Which school is correct? Let’s examine the arguments and then you can be the judge.

The U. S. economy over the past decade has been the envy of the world. Times have never been better, due largely to five fabulous years of stock market advance. Also, the economy in general is picture perfect with unemployment at 4 percent and inflation at 2 percent.

Economists have a simple tool to measure the health of the economy. It is called the “misery” index. It is the addition of unemployment and inflation. Today, the misery index is at a very, very low level of 6. It wasn’t always this rosy. I recall that the misery index hit a level of 22 at the end of the 1970s, largely due to the high inflation and unemployment induced by the energy crisis.

Today, we are in the longest economic growth period since the end of World War II — 107 months reached just last month. The economy raced ahead during the last quarter of 1999 at a rate of seven percent — the strongest in three years.

THE U. S. STOCK MARKET

Since the collapse of the Berlin Wall in 1989 and the demise of the Soviet Union in 1991, the U. S. stock market (the primary tool of our capitalistic society) has been celebrating the victory of free markets over communism. The prices of stocks have appreciated at a very rapid rate over the past five years, gaining over 20 percent annually during that period –one of history’s best records.

Also for the first time, the market value of stocks on the over-the-counter market now exceed those on the New York Stock Exchange in value. Most of the “old” economy stocks are traded on the NYSE and companies of the “new” economy trade on the over-the-counter market. NASDAQ stocks are more highly valued than the NYSE stocks as they sell for 31 times their annual earnings compared with 23 times the annual earnings of companies on the New York exchange.

Forty-three percent of U. S. households or about 76 million Americans today own common stocks. That’s an increase of 126% since 1982. The stock market advance is largely being fueled by baby boomers who are putting money away for their retirement.

Most retirement monies go into mutual funds, which often exceeds $20 billion a month.

European stock markets have had similar good returns (as did the U. S. market), earning a total return of about 20% annually for the past five years. The European Union and the new Euro currency are revolutionizing that economy. The fourteen-member EU is creating an economy that is almost as large as the United States. Their goal is to create the economies-of-scale to better compete with the U. S. and Japan, to improve their grow rate, to reduce unemployment, to cut prices, and generally to improve their standards of living. Also, Europe is fast moving toward the “new” economy with some thinking that they are about 5 years behind the US. Sweden, Germany & France all have had better stock markets than the US over the past year.

Japan is very slowly recovering from a decade-long recession. Their stock market dropped steadily from 1990 and a high of almost 40,000 in the Nikkei average to its present level of 20,000 (having risen steadily over the past two years from a low of 13,000). Last year, Japanese stocks rose more than U. S. stocks.

The Southeast Asia, Russian, and Mexican currency crises are largely over. In Southeast Asia in 1997, a currency meltdown and lack of confidence in Thailand spread to Malaysia, Indonesia, Hong Kong, Taiwan and South Korea. Their recovery is adding to the general advance in economies throughout the world. In fact, improved economies around the world are adding to the demand for oil that has risen from $13 a barrel to $31. If the price of U. S. gasoline rises to $2.50 a gallon this summer that will certainly add to an increase in inflation.

Lagging stock markets are found in Russia and Africa and in some emerging-market countries. Some former Third World countries are still making the transition from a farming to an industrial society, but many are dramatically altering and modernizing their national economic policies to benefit from the rapid growth of world trade. The market value of common stocks in the emerging-market countries has vaulted from a few percentage points to about twelve percent of total world valuation today.

In January 2000, the value of all publicly traded stocks in the U. S. reached a new high of $13.8 trillion (this figure is obtained from the Wilshire 5000 index.). The rising stock market is creating for Americans a feeling of prosperity and wealth which results in their increased spending.

Over the past five years, the total stock market capitalization has gone from $4.5 trillion at the end of 1994 to $13.5 trillion at the end of 1999. Divide this $9 trillion in new wealth by a population of 270 million and you get $33,333 for every man, woman and child. Of course, wealth is not that evenly divided, but you get the idea. Assuming equal distribution and a family of three, equity values have added $100,000 to the wealth of every family in just five years.

Federal Reserve Board Chairman Greenspan estimates that every $100 increase in stock wealth is translated into 3 or 4 dollars of increased consumer spending. As consumer spending makes up 70 percent of our GDP, he worries that this could have a big effect on pushing the economy into an inflationary mode.

The bad news is that we could be in a stock market bubble that if corrected quickly could bring to a halt, not only the prosperity of our country, but could seriously affect the world economy. Let’s examine some common stock market statistics.

Market Capitalization: The market capitalization of all publicly traded stocks is now 160 percent of the annual Gross Domestic Product. It usually averages just 40 percent and only reached about 80 percent twice — before the 1929 crash and the 1987 market correction. From its peak in 1929, the DJIA average fell 89 percent by mid-1932.

Dividend Yield: Dividend payment divided by stock price is the dividend yield. Yield on the Dow is now 1.4 percent whereas the average has been about 4 percent

Price to Book Ratio: The book value per share divided into stock price is now 6, whereas the average has been about 2..

Cash Reserves in Mutual Funds: Liquid reserves (or cash) now averages only four percent of total assets in equity mutual funds, compared with a long-time average of about ten percent of assets. In case of a prolonged downturn, mutual funds may not be able to pay departing investors without having to sell securities which would magnify a downturn. Low cash levels often occur at market peaks; for example it was 4.5 percent in January 1973 before a severe two-year correction. In 1996 when cash reserves fell to 7 percent that was the lowest level in the previous 17 years.

Popularity of Growth & Index Funds: Investors may not realize the risk involved in investing in all-stock index funds. These funds are invested in companies on a market-weighted basis that means that a large percentage of monies are going into the few largest companies. For example, last year seven companies in the S&P 500 index contributed half of that index’s 25 percent gain: Microsoft, Cisco, GE, WalMart, Nortel, Oracle, & AOL. Technology’s equity market capitalization has doubled in the last four years. Last year, $131 billion went into aggressive and growth funds and the value of stock funds value rose from $3 trillion to $4 trillion. Sixty percent of mutual fund assets are now in common stocks versus only 22 percent in 1984 (a year in which sixty percent of assets were in money-market funds). The mutual fund that attracted the most money last year was the Vanguard S&P 500 Index fund which now totals $104 billion.

Irrational Expectations: A survey by Montgomery Securities of San Francisco reveals that investors are expecting returns of 34 percent annually over the next decade. From 1926 through 1994, stocks have appreciated at an annual average rate of 11 percent.

Boomers’ inexperience: A major driving force behind the rising stock market are boomers investing for their retirement. However, few boomers have experienced a prolonged bear market such as the 1973-1974 downturn that dropped stocks 45 percent. It took 8 years for the market to recoup that loss. (Those born in 1945 were 28 in 1973 and were not saving seriously for retirement at that age.) Many investors today are not aware what a prolonged bear can do to their intentions to act like long-term investors. The 1987 dip was 35 percent but was short-lived. More recent downturns were of the 20 or 10 percent magnitude that just convinces investors that it is prudent to buy on such dips — which causes the market to go ever higher. Investors today behave as if the Dow will never plunge again.

Savings Rate: The US experienced a zero saving rate in 1999. Spending increased at 6 percent while incomes rose only 5 percent. That proves that consumers’ spending patterns are being expanded by the rising stock market.

There is a big argument going on today regarding the stock market. There are those who say that the old measurements do not apply, that we are in a “new” economy, and that things are different this time. They argue that the good news justifies current market levels because inflation is low, unemployment is low, productivity is increasing, stocks provide a better annual return than bonds over the long term, companies are buying back their own stock, tax laws make capital gains preferable to dividends, and the stock market is on its way to a level of 36,000 in the Dow average.

On the other hand, the market is very “pricey” when old-fashioned measures of stock market valuation are examined. There are other disturbing signs that may point to a “top” in this market. For example, the two largest stock markets are planning to offer shares in themselves to the public after 18 years of the broadest financial advance in history.

Because of our decade-long economic advance, there is a growing belief that the New Economy will provide perpetual prosperity and recessions will become a thing of the past. Another sign of a top is the fact that the head of Amazon.com was selected Man of the Year by TIME Magazine, and the Reader’s Digest Magazine just carried an article by James Glassman, author of Dow 36,000! The Initial Public Offering craze continues with new untried companies gaining a 100 percent pop on their first trading day. (However, since 1993, three-fourth of internet-related companies now trade below their offering price; i.e., E-toys, Priceline, E-trade, & Value America). Another ominous sign is that some Americans are giving up their secure employment to become day traders.

The Japanese believe that the U. S. is now in a huge bubble. How do they know? They’ve been there and they have suffered for a whole decade and their market is still half of what it was in 1990. Market guru John Templeton said that bull markets are born on pessimism, grow on skepticism, mature on optimism, and die on euphoria. Are we there yet?

Photo by Chris Liverani on Unsplash