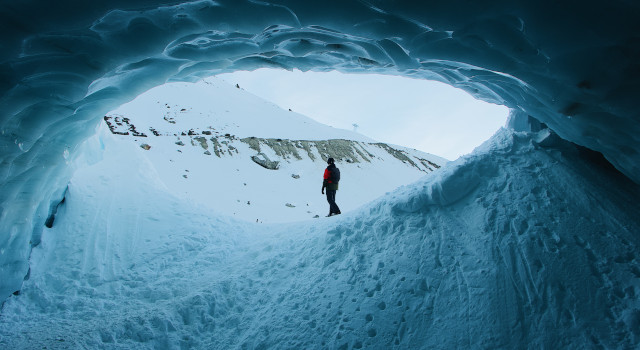 Studies have found that politics make us stupid and less likely to objectively assess data. And, oddly enough, the more data we are presented with, the greater the partisan divide becomes. The political divide in America is not a result of too little information. Information is filtered through the political lens of confirmation bias. And in fact, the more educated and informed you are the more likely you are to be an extreme partisan.

Most Americans are securely connected in a community that has a largely agreed consensus of political perspectives. It is rare for there to be meaningful dialog across party lines. It is rare for most Americans to submit listening to alternate political perspectives with any openness, let alone actually seeking out such perspectives and trying to understand their underlying presuppositions. And while we can often see this in those we oppose, it can be difficult to recognize within our own community.

As a result, what passes for knowledge in such politically homogeneous communities has less to do with the complex nuance of reality and more to do with social standing and signaling. Within such an environment, statements are crafted to ensure our acceptance within our political tribe.

Here is a graph from J.P. Morgan’s quarterly Guide to the Markets showing perspectives on the economy based on political affiliation. I have modified JP Morgan’s original chart by shading and labeling the years when a Republican or Democrat was in office. (You can view the original unmodified graph here.) 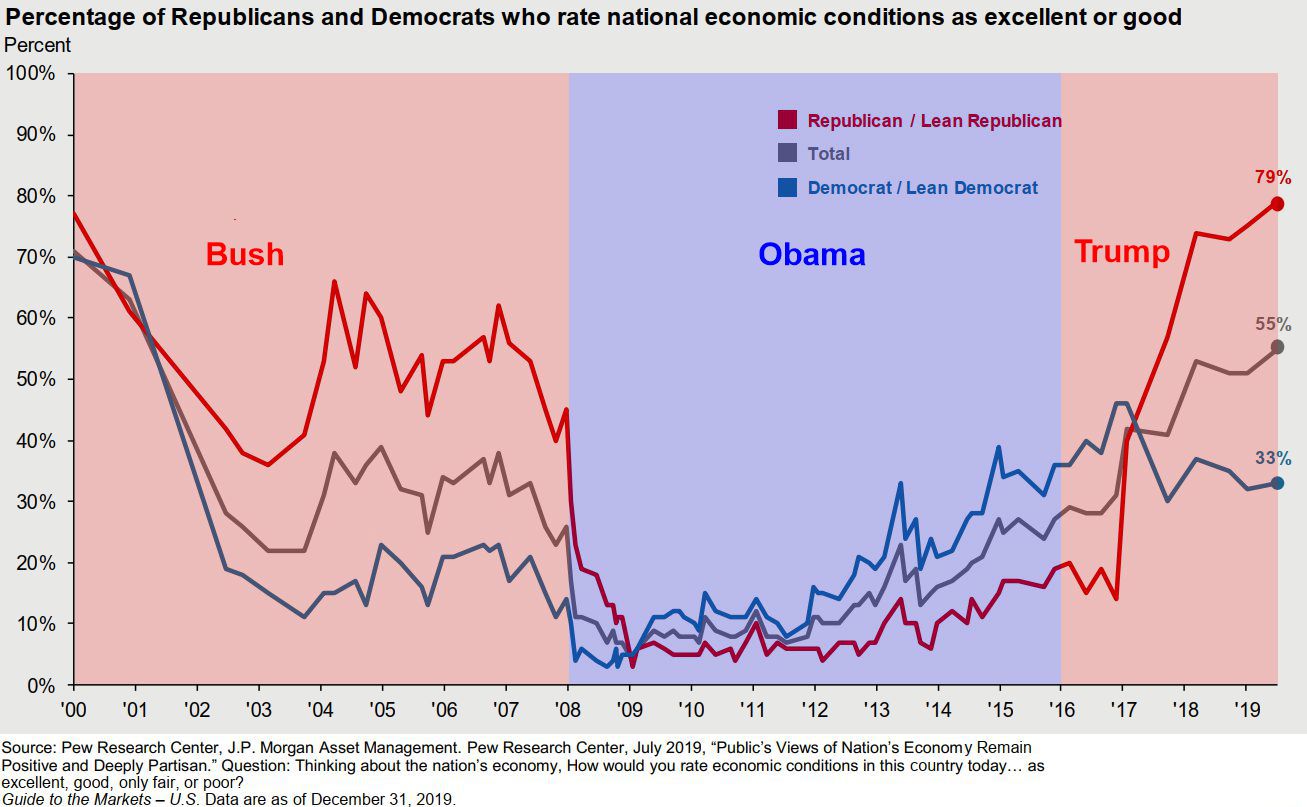 The data on “economic conditions in the country” matter to some extent. You can generally see that partisans move in sync with one another. But there is also a strong political bias seen only when there is a switch in which political party holds the White House. This difference is especially pronounced now with President Trump in office.

Currently 74% of Democrats think a recession is likely compared to just 30% of Republicans. A majority of women and African Americans think an economic downturn is likely. And 13% of young people ages 18 to 29 are actually hoping for a recession.

But much of the so-called financial news lives off of predicting dire market downturns. Between the threat of a bear market or the specter of an inverted yield curve, financial noise is always agitating investors to flee to cash or gold or just subscribing to a guru’s newsletter to avoid the coming financial apocalypse. These appeals change their pitch based on what party is in the White House, but we should ignore them.

My article “Study Shows Your Election Reactions May Impoverish Your Investment Gains” cited a paper from the National Bureau of Economic Research entitled “Belief Disagreement and Portfolio Choice .” The study concluded that Republicans likely increased the exposure of their investments to the US stock market after the election of Trump while Democrats likely increased their relative holdings of bonds and cash-like securities.

The presumption that the political party we favor would be better for the stock market is a bias shared by both parties. When Obama was elected in 2008, many Republican investors moved out of stocks and into bonds. However, the politics of that election were overshadowed by the stock market crash of 2008.

Yes, there are policies such as regulations and taxes which can have a large effect on the economy. However, stock market returns have little to do with which party holds the White House, as we reported in “Are Democrats Or Republicans Better For The Stock Market?” Politics matter less to our financial success than the ordinary decisions we face every day like living within our means and saving and investing in the markets. It is always a good time to hold a balanced portfolio.

We have suggested before that investors should ignore the daily financial noise of the media. This principle extends to political news as well.

Every study suggests that those who refrain from listening to political news are happier, better balanced, more nuanced, less fearful, and more accepting of evidence for alternate points of view. Now add to that they are also less likely to make the investment mistake of jumping out of the markets just because of an election.

Don’t let your political emotions cause you to be fearful about the economy. Those misplaced fears may impoverish your financial well-being.

Photo by Maël BALLAND from Pexels