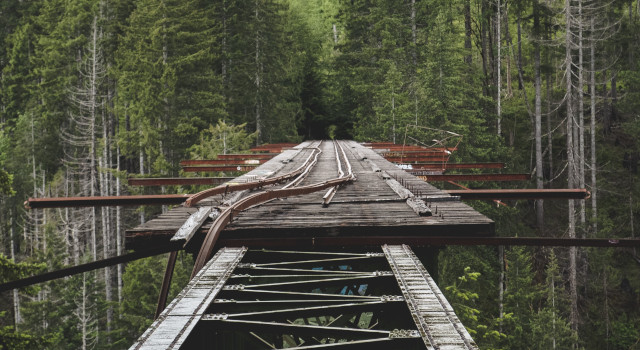 Headlines often prey on your worst impulses. They are designed to capture your attention and get you to listen to their pitch.

I recently heard a radio advertisement that claimed there are “deep forces at work to remove Donald Trump” which will make him “the Last Republican President.” They are targeting people who would sympathize with these worries. If you take the bait and visit their website, you will be subject to a longer video. The video is a rant about how a coming legion of progressive politicians are going to doom the country and unmake capitalism. This “Blue Wave” will punish anyone with wealth using taxes and regulations.

The video uses psychological tricks of fear and manipulation before finally revealing what they are selling: a newsletter subscription. Gradually the video teases secret and supposedly specific actions which must be taken in order to save and secure your future. These secrets are only available if you subscribe to their newsletter.

Such pitches are designed to contain 98% statements with which their target audience will agree to build credibility and 2% calls to action to get you to buy whatever they are selling. They appeal to the worst fears of one political perspective. But even if you agree with some of their sentiments, that doesn’t mean you should trust them or their advice. They are playing off the appeal of supposedly being “one of you.” As with all media, evaluate the source, question the melodrama, examine the tone, consider the motive, and check the facts.

This pitch is made by Bill Shaw of Stansberry Research, the same group that brought you the perennial “Reclusive Millionaire Warns” spam article. And we know that this group has lied about dire predictions before.

They have a history of false claims according to Snopes.com . Furthermore in 2003, the Securities and Exchange Commission (SEC) sued Frank Stansberry and his companies for fraud. The SEC summarizes their complaint:

3. The defendants, however, profited handsomely. On information and belief, Agora received in excess of $1 million from the sale of false information to its newsletter subscribers.

In other words, subscribers paid $1,000 for a newsletter filled with lies. Making the mistake of paying $1,000 for an investment newsletter is bad enough. Taking the bad advice is even worse. The SEC describes some of the sham advice as follows:

The e-mail encouraged recipients to stake their entire investment portfolios on this unnamed company and suggested investors would be able to double their “investment dollar in a single day.” Finally, the e-mail stated PirateInvestor.com “can even tell you exactly which day to buy (May 21st) and which day to sell (May 23rd). There is nothing else you have to do.”

After paying another $1,000 subscribers received the name of the company. The information was nothing more than baseless speculation and outright lies, fabricated to induce investors to pay for purported inside information. Had the information actually been insider information, subscribers would have gone to jail for insider trading. As it was, they just lost whatever portion of their investment portfolios they foolishly put at risk.

Over 1,200 investors took the bait. Stansberry Research profited more than $1 million on that mistake. The stock fell on May 22nd, the day it was supposed to skyrocket.

Securities and exchange fraud is a serious accusation. In the end, the court agreed. Wikipedia summarizes it well: “In August 2007, the court found Stansberry guilty with the U.S. Fourth Circuit Court of Appeals and subsequently denied a 2009 appeal.”

Despite all of the fraud, the SEC did not shut down this group or its many pseudonyms. Stansberry is now disseminating yet another fraudulent video, “The Last Republican President.”

When the current video finally gets around to asking the question “What can you do?” the answer is that Stansberry Research has a team of analysts who have supposedly “found some surprisingly powerful steps you can take to not only protect what you have today but also to dramatically increase your wealth.”

They suggest that they can help you “preserve your wealth by getting out of the way of certain developments and increase your wealth by getting out in front of others.” And all you have to do is subscribe to their “short but thorough step-by-step ‘playbook.'” What could be simpler? They claim to be the best in the industry. They claim to have helped people more than anyone else. They tout their own testimonials (which is against the law for investment firms). And all you have to do is send them money. Most people avoid scams like these, but it only takes 1,000 gullible people for Stansberry to earn $1 million.

Recognize the signs that the source is not credible. Their investment strategy sounds too good to be true and doesn’t make any sense. Their previous dire predictions never came true. Their fabricated advice has no basis in fact.

If you are still having trouble avoiding scams like these, familiarize yourself with our Safeguarding Your Money series. It is free online, just like the rest of our articles.

Photo by Ruben Mishchuk on Unsplash