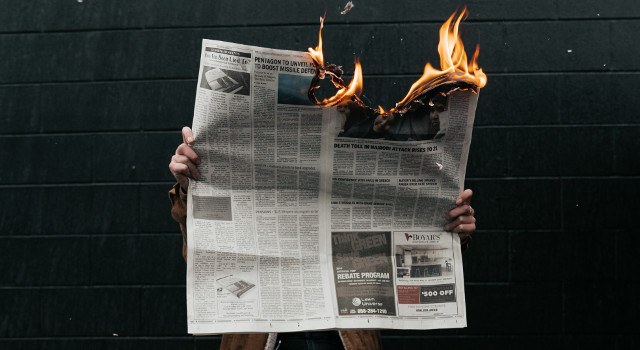 Internet articles and emails are measured to see what headline and content receives the highest response rate. These articles are then used year after year to collect the attention of the unsuspecting. They are common fishing lures of Internet trolls.

One of these popular financial messages reads: “New Evidence Proves Stocks Will Crash 70% Starting on August 1.” You can see a current screenshot of this message here.

This message is tuned to disturb the investor who is prone to worry. It is vague but claims to cite experts. The suggested timing is dire and urgent. Nothing could be further from the truth.

The current video contains stock market charts that look like they end in 2017 with the next entries in a different font that read “NOW” and “2020” for the coming crash. Above the video frame is a title that reads “CRASH 2019” in giant red letters. The article title is very specific, suggesting that a market crash will begin August 1. I wonder how frequently the month is changed.

I have regularly received versions of this article from those who are worried about staying invested. I don’t just receive something similar; I receive a near exact version of this article. I find it interesting how the message continues to morph and adapt to better appeal to its target audience.

I have an email sent out by Newsmax from July 2016, three years ago, that is remarkably similar with some interesting changes. Here are the two side by side

That’s not my prediction … that’s the prediction of famed economist James Dale Davidson.

James is the lone economist who predicted the fall of the Soviet Union, the stock market crash of 2000 and 2008, as well as the real estate bubble that hit in 2006.

Because of his accurate predictions, James has been invited to shake the hands and counsel the likes of former presidents Ronald Reagan and Bill Clinton, and he’s been a confidante to some of the most influential people in the world, people like the Rockefellers, the Clintons, Boris Yeltsin and Donald Trump, to name a few.

I dismissed James’ claims at first.

But then he personally showed me the evidence …

After seeing the proof for myself, I couldn’t deny the inevitable.

So I asked James’ if he could share his research with our readers.

He was hesitant at first.

As you will see, James isn’t great on camera. He can be a bit rough and even crude.

But I reassured James that Americans are tired of the well-polished clowns that show up on CNBC, CNN and Bloomberg. I told him that we need to hear the truth from a real economist, an authentic person who deeply cares for his country.

Thankfully, James agreed to do the video, as long as we provided the information for free, and if he could show viewers the simple steps he and his family are taking to survive the looming collapse.

We agreed to show the video for free — for the first week.

So, we put all of his research together in a controversial video presentation that we released a few days ago.

If you have any money in stocks, own a home, or have a savings account, it’s critical you watch it now while it is still free.

It is interesting to see how the message has altered in three years of being polished for maximum response.

“Our elected officials” became “The same group of people who triggered the crash of 1929” because it sounds more menacing. The target audience leans Republican. In 2016 Obama was in office and the subject of the email was “White House Triggers Stock Market Collapse.” Now that Trump is in office the blame falls on whatever group caused the crash of 1929 instead.

The video still contains seven indisputable charts, but the fifth one will no longer “shock you” instead it will “hit Baby Boomers hard.” As Baby Boomers are now between the ages of 55 and 73 this focuses on their target audience better. This demographic is in or approaching early retirement. This is a worrisome age. It is also a demographic that has some significant assets which could be used to buy whatever newsletter is being sold.

The Prophetic warning from the Founding Fathers probably did not sound believable enough. Pushing the bounds of credulity results in less conversions.

Comparing the version from 3 years ago to the version today illustrates how they shamelessly lie in their dire warnings to sell their newsletter.

It requires discipline to ignore dire warnings. It feels like someone is yelling “Shark!” at the beach; should you ignore them and keep swimming? Yes, ignore them you should.

We recommend that you only expose yourself to financial news that you know you can trust. And we thank you for the trust you put in us here at Marotta On Money.

Photo by Vincent Delegge on Unsplash