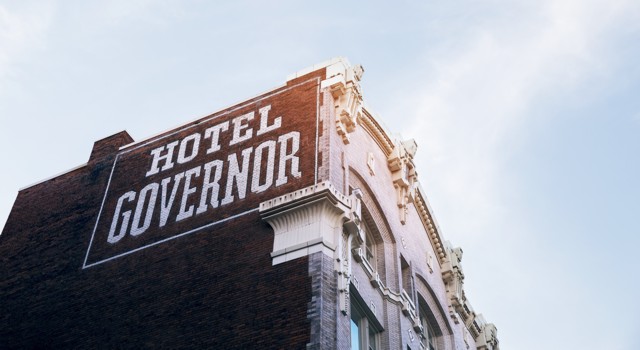 Forget the fact that it is a political battle, we can still learn from the California recall fiasco.

Despite your political persuasion, Governor Gray Davis shows how even the golden goose can be cooked. His mistakes rightly deserve the ridicule he has received. The courts and voters will ultimately decide if they deserve his removal from office, but we would do well to heed the lessons he ignored.

Honesty is always the best policy. Last October, Gray Davis promised he would not raise taxes. Then, he tried to raise them by over $8 billion. In order to win the election, he lied about the deficit, lied about state spending, and lied about California’s economy. To many voters, his deception was on par with an Enron executive.

High taxes matter. California has the fourth highest overall tax burden in the U.S. They pay 10% higher than the national average, according to the Tax Foundation. Faced with an exodus of businesses and facing a massive deficit, Davis’ solution was to raise taxes even higher. In an example of biting the hand that fed him, Davis even pushed for a new form of taxation, implementing a tax on Internet commerce for any company with a single store in California. The only reason Californians were spared an even larger burden was due to the requirement of a two-thirds majority of the state’s lawmakers and unwillingness by Republicans to make the business environment even worse.

Regulations have a cost. Businesses in California face stiff opposition to growth because of massive state regulations. The state has had record losses of industrial jobs and companies moving out of state.

Those opposed to the recall tout the governor’s accomplishments. He signed legislation extending disability leave payments to those who leave work to care for newborns or sick family members. He enacted tough regulations regarding coastal protection, gun control, and restrictions on greenhouse gas emissions. To Californians concerned about the business climate, his supporters make the case for recall.

Over half the small businesses surveyed in California said that they have stopped hiring and expanding due to the exponential growth of workers’ compensation costs in California. Workers’ compensation insurance costs have had double-digit percentage increases every year since 1997. They are up as much as 70% on average since 2000, according to the California Chamber of Commerce. California businesses paid an average of $5.23 per $100 of payroll in 2002 for workers’ compensation coverage. That’s up from $3.34 in 2000. The national average was $2.50. Despite the high premiums, California’s injured workers receive benefits that put them in the bottom third of the nation, according to the state Department of Insurance.

Government spending must be controlled. Under Gray Davis, California’s reckless spending has sent the state from a surplus to a record $34.8 billion deficit – more than the deficits of all other states combined. Over his first four years in office, state spending increased nearly 40%. Revenues over those four years increased, but not enough to keep pace with the budgets he passed. As a result of these issues the state’s bond rating was dropped to near junk status in July. This downgrade to the lowest in the nation will cost California millions of dollars more in interest.

Don’t try to fix prices. California tried to fix vast portions of the production and pricing of energy and still call it deregulation. When the experiment in partial deregulation failed miserably, the state was left with an energy crisis that is still crippling the state’s business environment. Businesses in California now pay more than twice the national average for electricity, according to the California Energy Commission.

Give government power, and it will be bought and sold. To top everything else off, increasing evidence suggests that Davis has sold decisions regarding the enforcement of governmental regulations to those who made significant campaign contributions. Davis has shattered state campaign contribution records, averaging about $1.5 million a month during his first term. His donors include nearly all of those companies who do business with California. Davis received contributions from Enron, WorldCom, Adelphia, and many others implicated in corporate scandals. This type of influence-buying is not limited to one politician or one political party. The only way to truly reform campaign finance is to severely limit and restrict the influence that government can exert and leave the people free to direct their own affairs. Give government the ability to stifle private enterprise and they have a tool by which they can extort campaign protection money. Evidence in numerous scandals in the Davis administrations suggests that his administration is either completely incompetent or completely corrupt.

It isn’t easy to feel sorry for Davis, and few do. In one poll, more than half of voters said they strongly disapproved of the way Davis was doing his job, and an additional 20% disapproved somewhat. With over 130 replacement candidates on the ballot, California could easily elect a new governor with less than 30% of the vote. Republican or Democrat, it is hard to imagine that they could do any worse than the past four years.

Many Californians have already voted with their feet. California’s losses in population are unprecedented. For the first time in history, more people are leaving California than moving to the state. Many of those leaving are conservative white voters shifting the political balance of neighboring states to the right.

Even if the recall effort ultimately fails, other democratic governors are taking note. Governor Mark Warner of Virginia said the recall campaign was “bad for California, economically and politically,” adding, “You don’t change governors, you change the structural problems in California.” Or, one might suggest, learn from their mistakes and don’t repeat them in Virginia.

Photo by Austin Neill on Unsplash