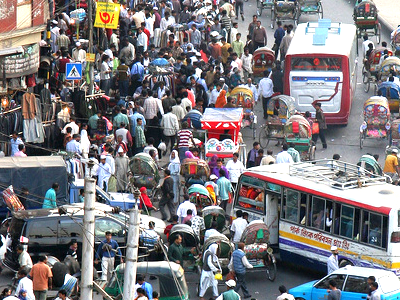 In “Is There A Moral Case for ‘Buy American’?” we wrote:

What we view as exploitation, others view as an opportunity for advancement. No one is underpaid in a free market. If they had a better choice, they would take it. Most are grateful to have what they consider to be a good paying job.

Even if workers in India started at $5 per day, that wage would improve many people’s standard of living. Any indoor job with the prospect of advancement is better than picking over heaps of garbage in the blazing sun.

Mehul Srivastava and Arun Devnath writing for Bloomberg Businessweek came to a similar conclusion in their article, “Bangladesh’s Paradox for Poor Women Workers.” Accompanied by much sympathy and hand-wringing for the conditions many of them must endure they write:

Bangladesh’s $18 billion garment industry provides opportunities for millions of poor, illiterate women. It also places their lives at risk, as demonstrated by the collapse of the building outside Dhaka that killed more than 800 workers. Touted as a symbol of empowerment by Sheikh Hasina, the country’s female prime minister, the garment business is the only road out of grinding poverty for many. “If you look at industrial history, for better or worse, this is what an early industrial revolution looks like,” says Pietra Rivoli, a professor at Georgetown University and author of The Travels of a T-Shirt in the Global Economy. Bangladesh is “still a desperately poor country, and we shouldn’t minimize what a job with a steady paycheck means to a poor woman.”

The difference between liberals and conservatives is not the amount that they care, their heart or their empathy. Both sides care deeply about the plight of the world’s poor. Hence the conclusion to our article:

It speaks highly of us when we affirm the fact they are given the choice to work and reflects poorly on us if we boycott their goods demanding that choice be removed. The next time you encounter a foreign-made good when you use your computer, eat a banana or drink a cup of tea, remember this: You are helping to employ the world’s poor and pull them out of poverty.

The world includes much tragedy. Taking away jobs is not part of the solution.